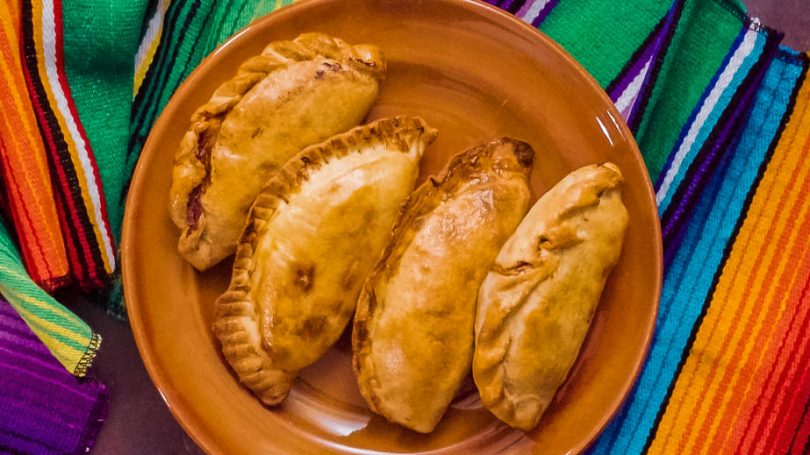 The cuisine of the US Virgin Islands reflects the influences of the peoples and cultures that have controlled the area throughout history and include the British, the Danish, French, African, Middle Eastern and East Indian cultures. Visitors can get a true “taste” of the islands by sampling some of the area’s favorite dishes. Traditional recipes are experiencing a come-back, and regional specialties can be found in many of its smaller dining venues and taverns. Fresh fish is especially popular and dishes feature mahi mahi, wahoo, yellowtail, grouper, and red snapper. The larger hotels often offer menus that include West Indian dishes. Here 10 Foods to Try in the US Virgin Islands

This is a type of dumpling made of salted cornmeal combined with water and shortening and frequently includes okra as well. It is generally served as a side dish, but may also be presented in a sweet version as a dessert.  In this case it is made with sugar, milk, cinnamon, and raisins.

This traditional Caribbean soup or stew is made with leaves of the dasheen plant or other leafy green, including taro or spinach. It is flavored with okra, salted meat, hot peppers, fish, onions, and spices. It is like a Louisiana gumbo. It is the most popular and famous dish in the islands and can reflect the tastes of the cook. The recipe originated in West Africa and may be served with fungi.

This bread or biscuit is frequently deep-fried, but can also be baked. It is sometimes made from unleavened dough and can be eaten hot or cold as an accompaniment to main dishes.

The word is pronounced “patties” and describes pastries that enclose spiced meat, fish, and/or vegetables and then deep fried. They are the most common snack food in the Virgin Islands. The fried dough pockets have been described as the Caribbean version of an empanada, and they are popular with residents as a street food.

Roti is like a pate, but has its origin in India. It features a light and fluffy dough wrapped around spiced or curried meat, chicken or vegetables. The fillings may also include chili-spiced chutney. Restaurants serve roti for lunch or dinner.

This common traditional dish may also be called “rice and peas” and it is made with rice and beans. It is very popular in the Virgin Islands and usually flavored with a variety of herbs and spices. Families eat this classic vegetable side dish nightly. It is usually made with pigeon peas combined with ham or other salted meat, onions, tomatoes, herbs, and even pumpkin.

This large mollusk is typically served in chowder or battered and deep-fried as fritters. The fritters are usually served with a sweet and spicy sauce. Conch Creole is a stew seasoned with onions, garlic, hot peppers, salt pork and spices.

This generally refers to dried, boneless, and salted cod. It is served numerous ways, including in chowders, fried, and in stews. Saltfish salad is traditionally served on Maundy Thursday or Good Friday in the Virgin Islands. It features saltfish combined with potatoes, onions, boiled eggs and served with an oil-and-vinegar dressing.

Reflecting the influences of East Indian immigrants to the Virgin Islands, curried meats, which may include goat, chicken, oxtail, or fish, are very popular.

Sweet potato pie is a classic Virgin Island dessert  made from eggs, butter, milk, sugar, salt, cinnamon, raisins, and chopped almonds. In addition to the pie, ice cream is often made with the local fruits, including mango, guava, soursop, bananas and papaya. These fruits can also be made into sweet dumplings served as desserts. 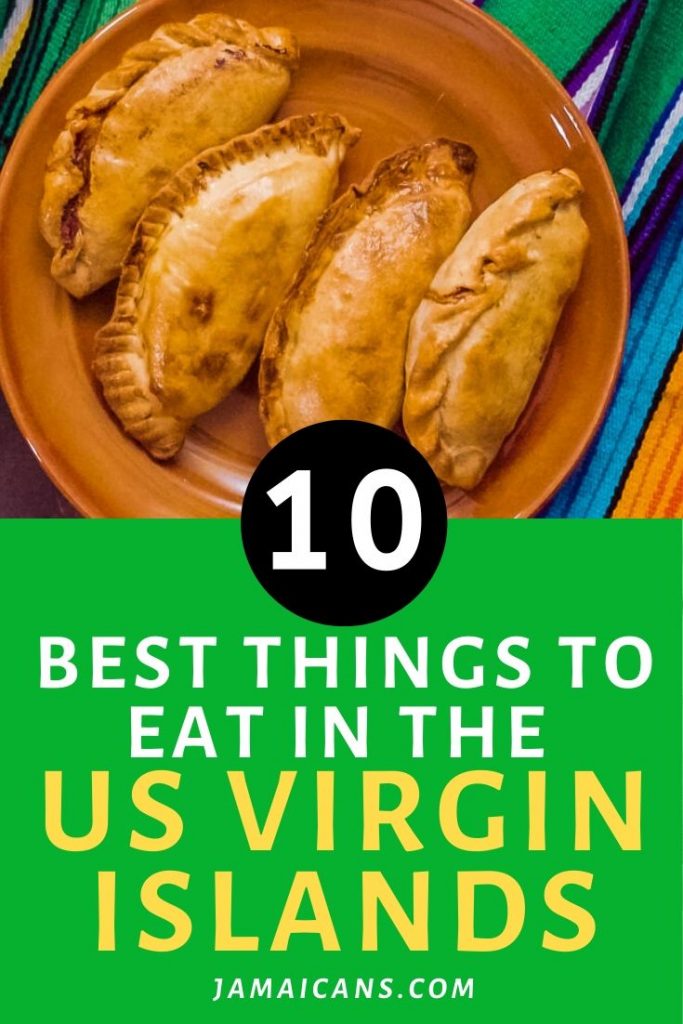