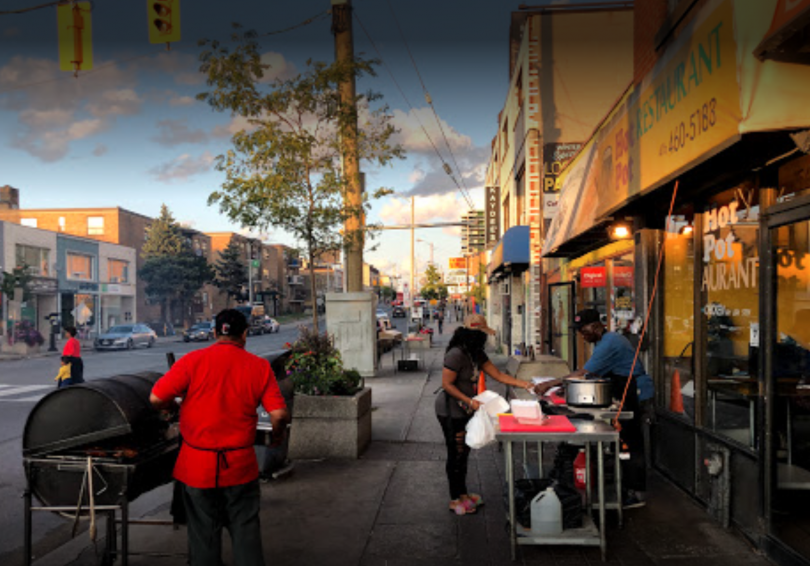 Toronto, Canada is one of the most highly diverse cities in the world and is home to the Little Jamaica neighborhood. The area has provided a new start for Jamaicans and a wealth of newcomers from throughout the Caribbean. Little Jamaica has had a significant impact on Toronto’s culture and many want to see it designated as a historical site.

Little Jamaica has survived a variety of challenges through the years. However, the new construction on the Light Rail Transit (LRT) line in the area is one of the direst threats to the community’s cohesiveness and survival. Even though the project will provide a new mass transit station in the heart of the community, the disruption in the area may mark the end of businesses that have survived for half a decade and longer.

What used to provide a sense of belonging and home to Jamaicans and those from other Caribbean locales is being slowly gentrified and transformed into a high-rent district. It’s forcing many black owners to shutter their businesses and an estimated 45 percent of businesses have now relocated or closed. The following are eight things that everyone should know about historic Little Jamaica.

1. The Eglinton West neighborhood, also known as St. John’s Ward, in which Little Jamaica is located, was first settled by Jamaican immigrants.

2. Little Jamaica was also peopled by free blacks and runaway slaves from the U.S.

4. The groundwork for what would become Little Jamaica was founded in 1958 by Jamaicans that migrated in the 1960s and 1970s to Canada.

5. Little Jamaica is one of the biggest enclaves of Jamaican expatriates in the world.

6. The community’s early recording studios and shops instrumental in the globalization of reggae music, second only to Kingston, Jamaica.

7. Little Jamaica was a regular stopping point for reggae artists ranging from Jimmy Cliff to Bob Marley when they were in town.

8. The Sept. 2019 issue of ELLE Canada featured model Winnie Harlow and actor Stephan James on the cover in a fashion shoot held in Little Jamaica.