Because We Have Heroes Part 2 - We can choose to become our own heroes - Jamaicans.com 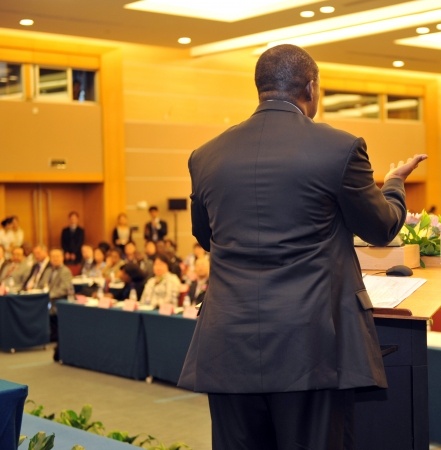 Last week I reflected on how we from the Caribbean, at least for sure Jamaica, had our warriors presented to us as “heroes”, champions of liberty with black skin and African features who fought violently to ensure their freedom and ours. I believe their actions were appropriate for the time they lived in.

Back then, our wars were fought on mountainous terrain. Today we have to fight on intellectual battlefields. In the US, lawmakers jerrymander constituencies to favor politics that the vast majority does not support, matrices of force make it so that cops shooting unarmed black men is legal, and laws like “stand your ground” make it such that rural white men, rather than Viola Davis, are teaching us how to get away with murder.

I’m sorry to state the obvious but blocking highways, laying down in malls and staging peaceful protests really aren’t doing much more than making news and aggravating citizens trying to get about their daily business. The folks who effect necessary change operate at a legislative level. They have to fix the broken systems that continue to allow inner city black kids to feel that there’s no way out, that incarcerate young black men at alarming rates, that allow police to legally kill even when lesser force is appropriate, and that perpetuate the impression at every echelon that black folks are lesser than whites and it’s okay for them to be treated as such.

For those of us from the Caribbean, I think we wonder if there’s any remaining hope at all. The people who look like us who were once our warriors, are now the ones who are holding our futures hostage. The black people who have come to positions of power don’t seem to genuinely care about cleaning things up and helping the rest of our populations succeed.

There may be no clear path for any group of us to equality or freedom. But intellectually and individually, we can choose to become our own heroes and create our own stories of success. If enough of us do, then our collective victory will create a real pathway to change.

Calibe Thompson is a Jamaican-born TV producer, director and host. She is the Executive Producer, Director and Lead Editor of “Taste the Islands with Chef Irie”, the first Jamaican-produced series and the first Caribbean cooking series to be aired nationally on US public television. Learn more about her at www.calibe.net.