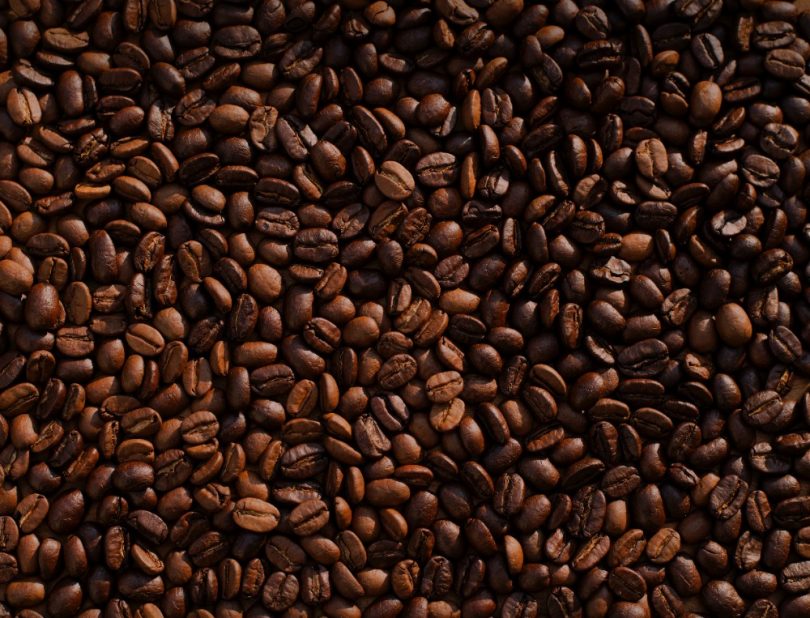 Around the birth of Jesus Christ, coffee was reportedly first discovered growing in Ethiopia by a sheepherder named Khaldi. Whenever he moved his sheep into one particular pasture, the sheep would start acting extremely lively and erratic after eating the “red cherries” on a particular bush found in that pasture. Tentatively, Khaldi tried eating a few of the beans himself and experienced the same reaction. The local area monks heard about Khaldi and this “devil’s fruit” but soon they too were eagerly sampling it so they could stay awake for their prayers. Arab traders, during a trading expedition, decided to bring back some beans to their homeland and began to plant and grow their own beans. Soon they began to boil the beans and produced a drink called “qahwa” (meaning being “unable to sleep”). The word “coffee” comes from the word “Kaffa” which is the region in Ethiopia where coffee originated. The drink gained in popularity until around 1453 when the Ottoman Turks introduced the beans to Constantinople and in 1475 the world’s first coffee shop; “Kiva Han” was opened in the city. The “coffee craze” developed to a point where women could even divorce their husbands if they failed to provide the women with a daily ration of coffee. The mere existence of the plants was a closely guarded secret in the Moslem countries when an Arab named Baba Budan started the actual spread of this delicacy to the outside world illegally. Baba Budan smuggled some beans to Mysore, India where descendants of these first smuggled plants can be found to this day.

In 1600, Italian traders brought some of the beans to Pope Clement VIII who was urged to ban the drink as “unholy” because it came from Moslems that were “Non Christians” but he surprised them by “baptizing” it instead. Now “coffee” was an acceptable beverage for Christians. A few years later, Dutch traders smuggled out a coffee plant from the port of Espresso to the island of Ceylon and to their East Indian colony of Java, source of coffee’s nickname today. In 1713, the Dutch unwittingly gave a coffee bush to Louis XIV of France that, from which, in 1723, a French naval officer, Gabriel Mathieu do Clieu, stole a seedling and took it to Martinique. Eventually, 90 percent of the world’s coffee spread from this one plant.

In 1728 Sir Nicholas Lawes, then Governor of Jamaica and owner of Temple Hall Estate, brought the first coffee plants to Jamaica. First, cultivation started in the foothills of St. Andrew but soon plantations extended deeper into the fertile Blue Mountains. The coffee industry has experienced many ups and downs from those early days until today.

From 1800 to 1840, Jamaica produced 70,000 tons per year making her the largest producer in the world. Then, in 1838, came the abolition of slavery. This spelled the end to many coffee plantations, as newly freed farmers began planting and clearing all the available hillsides to earn a living and to have land to live on. By 1891, the coffee industry was in general disarray so legislation was passed to provide “instruction in the art of cultivation and curing by sending certain districts, competent instructors.”

The effort to increase quality was largely unsuccessful as the largest buyer in those days was the Canadian market and they resisted it as being unacceptable. Finally, in 1944 the Jamaican government established a Central Coffee Clearing House where all coffee for export had to be processed. This cleaning and grading process was a giant step in the improvement in the quality of the Jamaican coffee being exported.

Following the devastating hurricane of 1951, there were only three Coffee Processing Plants (called “pulperies”) remaining in operation in the Blue Mountains. In an attempt to regulate the growth that was sure to follow, the Coffee Industry Board was formed to establish guidelines in quality, cultivation and processing. The Coffee Industry Board is still an active force today and garners some of the credit for the resurgence of Jamaican coffee. In 1973, the three coffee processing plants at Mavis Bank, Silver Hill and Moy Hall along with a new comer, Wallenford, registered the name “Blue Mountain Coffee”.

A few years ago, the Twyman family’s Old Tavern Estate Coffee won the legal right through the Jamaican courts to also sell its superior product under the “Blue Mountain” name.

Jamaica is famous for producing some of the finest coffee found anywhere in the world. What makes this little island such a prime spot for growing a world-class coffee? As in real estate, it’s “Location, Location, Location” and in this case, that location is the Blue Mountains. Coffee plants need to be well watered, well drained and experience periodic coolness during some stages of development. To be called “Blue Mountain Coffee”, it must be grown at altitudes between 2,000 and 5,000 feet in the Parishes of Portland, St. Andrew and St. Thomas and, most importantly, be grown on the estates of; Mavis Bank, Silver Hill, Moy Hall or Wallenford. Coffee grown elsewhere in the Blue Mountains or anywhere else in Jamaica cannot be called “Blue Mountain Coffee. Blue Mountain coffee is exclusively made from the Arabica Bean. The Arabica bean is more fragile to grow but is considered more flavorful and has less caffeine than the Robusta Bean grown in many parts of the world.

Small growers like James Dennis in the District of Section are finding success in selling their production directly to discriminating tourists as most of the “official” Blue Mountain Coffee is currently exported to Japan. First they must harvest their beans and then sun dry them on bamboo racks before roasting them over a smoky wood fire. They weigh and package the beans in plastic bags for sale to passing tourists and locals. Want your coffee ground? They will pour the roasted beans into an old hollowed-out log and have someone pound and pulverize the beans using a stout, tapered hardwood branch with a flat surface on the end. 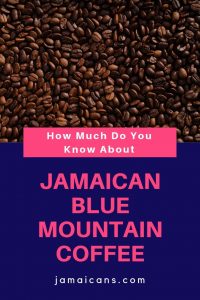 Photo by Mike Kenneally on Unsplash