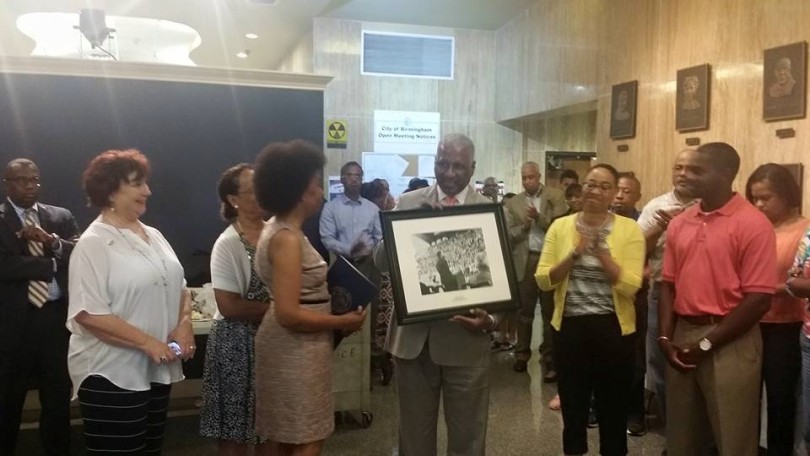 According to accepted logic most businesses or organizations fail in the first five years.  The same, however, cannot be said for Central Alabama Caribbean American Organization (CACAO) which in December will host its fifth annual Christmas Dinner Dance, even as it prepares to celebrate its fifth anniversary in April.  The first dinner dance was held in 2011, nine months after the group was formed.

Group President Pauline J. Ford Caesar will admit there have been challenges and not everything they have tried has succeeded, but they have stayed true to the mission and with the support of the board comprised of members representing Jamaica, Haiti, Trinidad, Dominica, Guyana, Virgin Island, Panama, the US along with the local Caribbean community,  they have watched their numbers grow.  In fact now that people are adjusting to the idea that there is a Caribbean community in Alabama, they are seeing an increasing number of concerts and Reggae artists coming to Birmingham, the “Magic City.”

The Mayor of Birmingham, the Honorable William Bell has been a strong supporter of the organization since its inception and has invited the group to host their launch reception for Caribbean American Heritage Month at City Hall two years in a row.  At the most recent reception in June, Ms. Ford-Caesar presented the Mayor with a framed print of Dr. Martin Luther King addressing UWI students in the National Stadium in 1965.  The print now hangs in the Mayor’s office.

A visionary leader Ms. Ford-Caesar wanted to introduce a well-rounded picture of the Caribbean and not one based solely on music.  To that end, she has hosted a showing of the documentary Akwantu that tells the story of the Maroons in Jamaica that was shown at the Birmingham Civil Rights Institute.  The group has also hosted the Ambassador of Trinidad, the Consul General of Jamaican and the Honorary Consul of Barbados and participated in cultural programs in local schools and other international programs.  She is presently working on a project to introduce steel pan as part of the music program in the Birmingham school system.

According to Ford-Caesar: “At the end of the day we want to introduce the Caribbean as a multifaceted region, not just beaches or music, even though both are important, but we also have brilliant people, a rich history, and so such more to share and this is what keeps me going, our first five years is just the beginning and failure is not an option.”