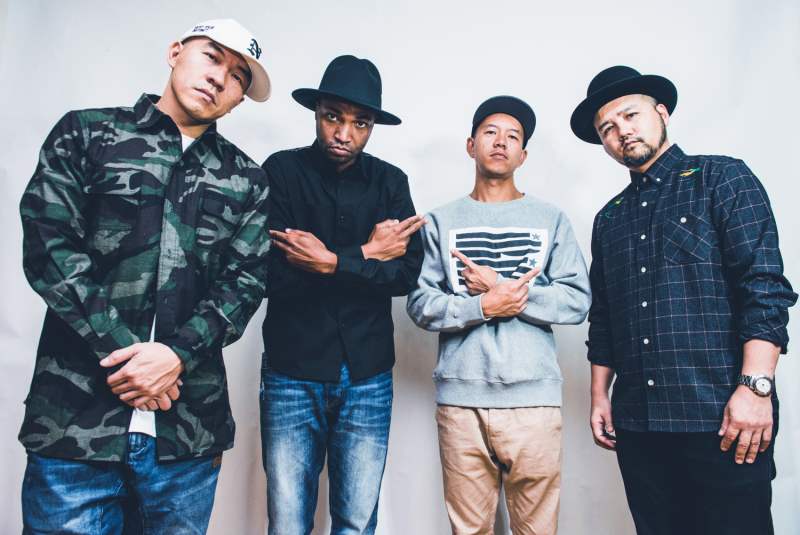 Mighty Crown is an Internationally renowned sound system that hails from Yokohama, Japan. Made up of 4 members, including co-founders and brothers Masta Simon and Sami T, along with Ninja and Cojie, the sound has dominated the sound clash and juggling arenas, providing fans with a high level of Reggae Dancehall entertainment.

Mighty Crown is proudly celebrating their 25th Anniversary through out the year with a series of high profile events and tours. The sound, known as “The Far East Rulaz” by the massive, rose to fame in 1999 after winning the major sound clash competition, Irish and Chin’s World Clash! Upon their victory, the sound forged a business/management relationship with Irish and Chin. Rocking crowds from 500 people to 35,000, Mighty Crown is recognized as one of the industry’s most commercially successful sounds, amassing a number of sneaker deals, apparel deal and endorsements with the likes of Nike, Clae, New Era, Stussy and Clarks, among others. Mighty Crown’s latest accolade is their stunning victory of the Welcome to Jamrock Reggae Cruise’s first ever sound clash, “3 Di Hard Way,” where they defeated Bass Odyssey and Metromedia. This win joins a growing list of the sound’s accomplishments. Here is our conversation with Mighty Crown co-founder Masta Simon (Simon Tse).

Tell us about your backgrounds and how did you each got turned on to reggae music?
I started listening to reggae & dancehall in YOKOHAMA, JAPAN. I use to do skateboard when I was a teenager and the local reggae bars and clubs was the underground street trend for all skaters in Yokohama.

What was the first Reggae song you ever heard?
First reggae song I heard was by Bob Marley.  My real entrance to reggae & dancehall was Yellowman, Super Cat and Ninjaman.

What sound clash crown are you guys most proudest of?
1999 WORLD CLASH IN BROOKLYN!!

Who and what sound systems influenced you guys in the beginning?
Stone Love, Jaro, Super Saint, Addies, Stereo Mars.

How did you guys learn Jamaican Patois and what advice you give someone who wants to learn it?
I learned the Jamaican Patois by listening to sound system cassette tapes , going to dances, hanging out in the Carribean area and going to studios in Jamaica. The best way to learn Patois is to flex with the Jamaicans !!!

If someone traveled to visited Japan and wanted to hear reggae music where would you recommend they go?
Depends on the time of the year but Yokohama, Tokyo and Osaka has lots of reggae & dancehall events on a yearly basis.

Who is the Japanese Reggae Artist people should be watching
Fire Ball & Pushim !!

Do you have many/any Jamaican people living in Japan?
Yes !! Quite a few !!

Thanks for your time. Do you any closing thoughts?
Big up to all the supporters of Reggae & Dancehall Music all over the world!! ONE LINK !!