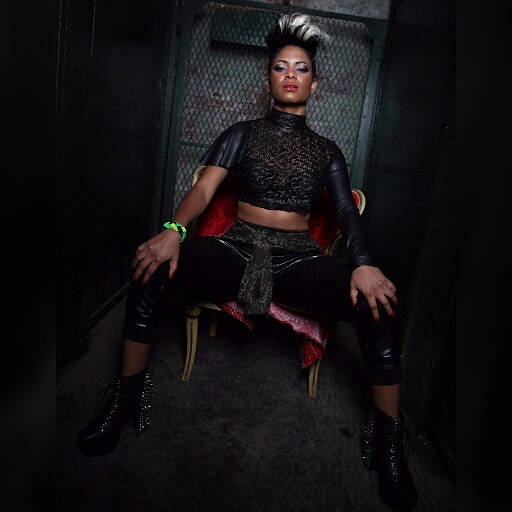 This week we have a conversation with Jamaican singer, Abby Dallas. Born in Kingston, Jamaica, Abby grew up in Portmore, where she attended the Bridge Port High School. At the tender age of six, Abby was exposed to music through her Church , School and Jamaica Cultural Development Commission (JCDC) Sponsored Events. Time and time again, Abby was recognized for her outstanding vocal talent by the JCDC: Most Outstanding Soloist (2005), Best Female Pop Singer (2005) and Most Outstanding Junior Vocalist (2005).  Abby has been writing, arranging and recording songs and has gained the respect of Jamaicans through songs such as What’s Going On and Real Girl. Abby has experimented with various genres and now tends to favour Reggae, Jazz, and Rhythm and Blues. Her focus going forward is to continue to thrill her audience with a combination of contemporary and classical hits.  In late 2013, Abby released two songs: Destined for Love, a lovers rock duet with JayQ, and Extraordinary (I am that Girl), a solo effort on the gritty Harder than Hard dancehall beat. These two songs show her wide vocal range and versatility and are earning her comparisons to dancehall divas such as Lady Saw and Cecile, as well as to reggae songbirds Tessanne Chin and Diana King. In 2015 she released the single “He’s JUST Not Into You” under the One Jam Music label. Based on the strength of her singles, Abby Dallas appears set to have a breakout.

Tell us about your background and how did you get started in the entertainment industry?
I grew up in Portmore St. Catherine where I lived with my mom and my two siblings. As far back as I can remember, music has always been a part of my life and my reason for being who I am today — simply because Abby Dallas is music and music is Abby Dallas. After leaving high school I won a scholarship to attend the Edna Manley College of Performing and Visual Arts where I majored in voice. At “Edna,” I acquired the technical skills to develop myself as a professional artiste and began my musical journey in the entertainment industry.

What type of music was played at home while you were growing up?
While growing up, I would normally hear my mom playing gospel music, which I’m so in love with to this day because gospel music taught me how to sing with soul (from my heart).

How would you describe your sound?
My sound is combination of singing and deejaying with the incorporation of different genres to create a vibrant sound that is like no other on the music scene. Hence, people of all ages and from all cultures will be able to find at least a few songs in my catalogue that they like and can relate to.

Tell us about your song “He’s Not That Into You”? Did you write the song? What was your inspiration to write the song?
My latest single, “He’s Just NOT Into You,” is a song that simply informs women about the signs that they should look for from a man when he is not interested in them and may not be man enough to disclose his true feelings. However, this lack of interest from the man does not mean that something is wrong with the woman. It just means that she needs to replace that man and find someone who can appreciate her for who she is.

What is the best compliment you have gotten about the  song?
The best compliment that I have gotten about my single “He’s Just Not Into You” would have to be persons coming up to me saying how they like the lyrics and the melodic arrangement of the song and also saying that they can relate to the song.  Recently, the producer of the top weekly entertainment show in Jamaica sent my publicist a personal note asking her to let me know that he was really impressed with the song and the video.  I feel good knowing that my efforts are being appreciated by people in the streets as well as by professionals in the music industry.

You have a few singles out there. When can we expect your album to be released?
Yes; I do have a few singles that are getting crazy rotation on the air waves such as “From My Heart,”  which is a single I released in 2014, and my new single “He’s Just Not Into You” that everyone has been loving. As for my album, I’m currently in the studio working on it and creating new singles from which my team and I will select the appropriate tracks for my EPK to embark on a promotional campaign to get me out there to be more marketable as a product and a brand. However, my team and I have not set a definite date for the release my album because I view my work as art and it takes time to create art that will last for a lifetime

I know it is early in your career but what is your proudest moment so far?
My proudest moment in my career would be winning the JCDC Festival song competition (in 2012) and becoming the youngest and the third woman in history to achieve such an honorable accomplishment.

Do you remember the first time you ever got on a stage to perform? Where was it and what did it feel like?
My first time on stage was at my basic school graduation where I sang “Weak” by SWV. I must say I was so nervous at the time, but for some strange reason I felt like I belonged on stage.

What projects are you working on right now?
Well, I’m currently in the studio working on some new singles, one of which is a song called “Bruck Out” that is set to be released very soon.

You have worked with quite a few artists. Can you tell us a few of the songs by other reggae artists that you have penned? What are some of your most memorable collaborations with other artists?
I wrote a song for veteran lovers’ rock singer Robert French few years ago, but I can’t recall its name.

Growing up my hero was…
My hero growing up was my mother. Growing up, I saw my mother struggling to provide for me and my other two siblings so I used her struggles to motivate myself to work hard, vowing to myself to be someone who she could be proud of and also one day give her a better life that I know she deserves.

A movie I never get tired of watching is…
The one movie I can’t stop watching is called “Bees Wax.”

Thanks for your time. Do you any closing thoughts?
In closing, I would just like to thank Jamaicans.com for featuring me in their magazine and also thanking my team (One Jam Music) and fans for believing in Abby Dallas. The road of life may not be easy, but with positive people around you can come out triumphant.  Even though everyone’s story is not the same, just remember that we are our own authors so we have the power to write our story of success or defeat.