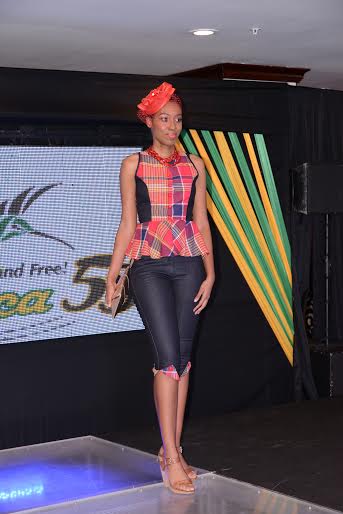 One of the special features of the 2015 Emancipation and Independence Celebration is the return of a Festival Fashion Theme. This was unveiled in an exciting and colourful fashion show at the Launch of Activities for Emancipation and Independence Celebration held recently at the Jamaica Pegasus Hotel.  The Fashion Theme for the 2015 Festival season is “Bandana wid Dem Denim…Ketch the Fashion Riddim”. Local designers had the opportunity to showcase pieces that could be worn by male and female adults, as well as children.

Members of the public are also encouraged to adorn themselves using the fashion theme. There will be a special fashion show during the Emancipation and Independence Celebrations entitled, “Fashion Greets Music Festival”. This will be held on Monday, August 3 at 8 p.m. at the Independence Village, Ranny Williams Entertainment Centre, Kingston 10.

“Fashion Greets Music Festival” is a musically-infused fashion show that will match the fashion of the time with the corresponding musical era and will feature various well-known Jamaican personalities and performances by some of our country’s top musical acts.