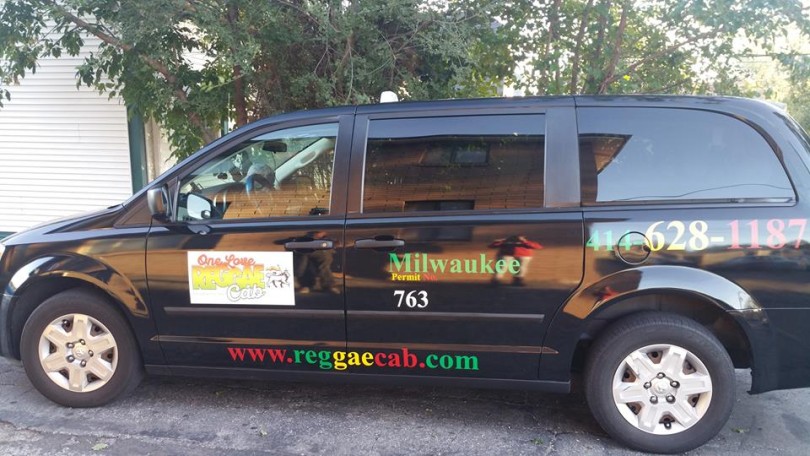 Bobby Hamilton was born in Runaway Bay and worked as a police officer in Kingston for 20 years before moving to Milwaukee, Wisconsin, in 2012. When the company he worked for went on strike, he decided to start his own business. Living near State Fair Park in Milwaukee, he often saw people come to the fair in cabs, and he saw an opportunity to begin a taxi service. He decorated a minivan van with Jamaican flags and stickers, obtained his taxi license, and started the Reggae Cab service. Hamilton describes his business as a luxury ride where customers make their own choice of music to listen to.  He found, however, that most of his riders choose to listen to reggae. Hamilton says reggae plays in his cab almost all of the time. His riders have told him that when they hear Bob Marley in the cab in the morning, they are likely to hear his positive message all day long. Hamilton views his business as more than a taxi service; he feels it is about telling stories and making people feel happy. “I like to make people smile,” he says.