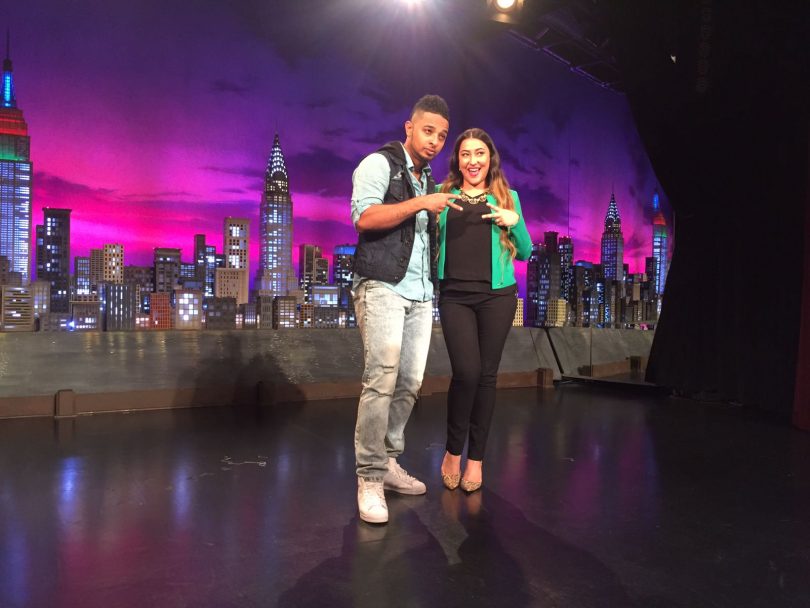 Jamaican gospel recording artiste DJ Nicholas is very happy that his forth studio album, ‘The Audiologist’, has garnered him international media attention. The artiste was recently featured on International Christian Media giant TBN and flew to New York for the in studio recorded interview on “In the Mix” to be aired on TBN Salsa later this month.

Trinity Broadcasting Network (TBN) is one of the largest platforms worldwide for Christian ministry, this was Dj Nicholas’ first time being featured on this platform but insists that it won’t be the last.

“I felt really blessed when the host of the programme reached out to me and invited me on. She said she knew some of my songs as well so that was also very humbling. I shared my testimony and performed new material from the album so I can’t wait to see the feature air” Dj Nicholas shared

This isn’t the first time that the artiste has been featured on international media, in 2015 and 2016 Dj Nicholas was featured on Atlanta Live TV and on BET Celebration of Gospel.

The artiste is now back in the island preparing for the Jamaican album launch for his ‘The Audiologist’ project. The event is slated for this Friday July 21 at the Ranny Williams Entertainment Centre with special performances from international Grammy nominated worshipper Todd Dulaney and Jamaican gospel singer Jermaine Edwards among others.

Dj Nicholas is excited to perform in Jamaica because it has been some time since he has been on stage in his home country.

“Come out this Friday for a blessing! It’s been a while since I performed in Jamaica so sharing my new album is the perfect opportunity to fellowship and worship at home.” Nicholas added

Dj Nicholas is slated to be the Caribbean representative on a major event in Florida in October which features Kirk Franklin, William McDowell among others. After the Jamaican launch of ‘The Audiologist’, DJ Nicholss will continue the album promotion in the US. The album will also be available for digital purchase on July 21.