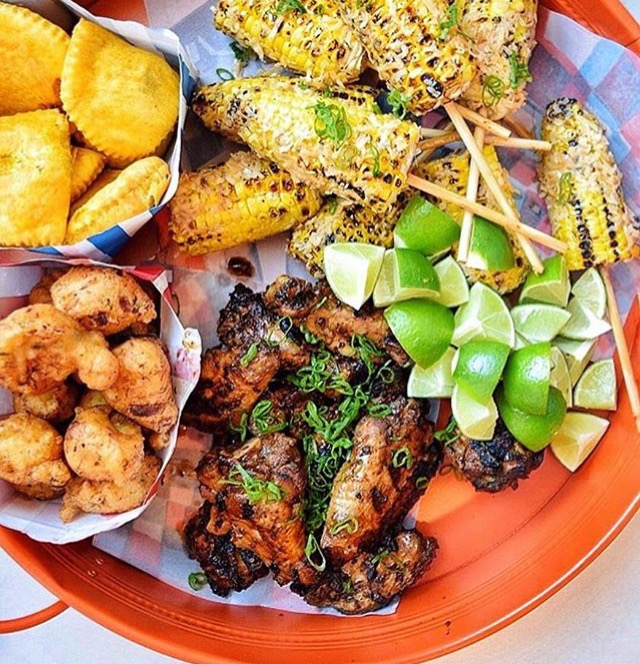 In what some have called the start of a food trend, a second Caribbean-style restaurant is ready to open in Dubai. Following the May 2016 launch of Ting Irie, the first Jamaican restaurant to open in that nation, another Jamaican eatery, Miss Lily’s, will open on the fifth floor of the Sheraton Grand Hotel. Miss Lily’s originates from New York City, where there are already two locations. The style of the restaurant has been called “beach-shack-meets-Jamaican-diner.” This represents an unusual styling as it is quite far from the sea. The eatery will feature old-school ska and reggae music coming from its custom-built Jamaican speaker stack wall. The small dining room seats 40 people, and there are bar and lounge areas where diners can access both the full menu or a “small bites” selection. The executive chef, Adam Schop of New York, prepares “”jerk-ified” dishes like chicken, corn grilled with toasted coconut, and jerk mayo. Other dishes include king crab with scotch bonnet sauce, jerk barbecue short rib steamed buns, and Jamaica pepper rib-eye steak. Dubai is Miss Lily’s first international location, and some of these dishes are exclusive to that venue. Melvin’s Juice Box, a sister outlet of Miss Lily’s, is scheduled to open after Eid, offering organic, cold-press juices, healthy “bowls,” and fresh salads during the lunch period.