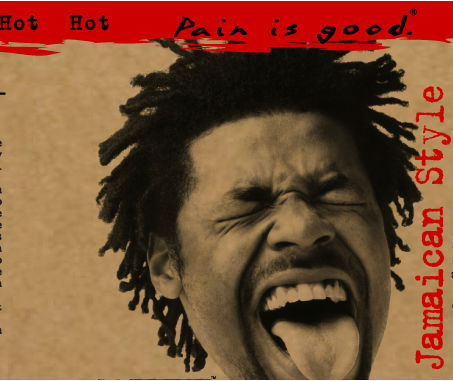 Thrillist asked “Top Chef” alumnus Dale Talde, James Beard Award nominee Joseph “JJ” Johnson, and Sean Evans, the host of First We Feast’s YouTube series Hot Ones, to judge 18 popular hot sauces on the market. A blind tasting of each hot sauce was undertaken, and the sauce was judged on flavor balance, heat integration, mouthfeel, and tastiness. A total score of 30 was possible. The Top Ten sauces are listed below.

Ranked Number 1 by the judges was El Yucateco Green Habanero Hot Sauce with a score of 26.5. This is a Mexican salsa picante, and while it has no cult following as do many of the other entries, the judges agreed that the El Yucateco company knows what it is doing and provides a good consistent hot sauce that makes you feel “like you actually ate the pepper,” according to Judge Johnson

In second place is Yellowbird Habanero Condiment with a score of 26. An “all-natural” sauce from Austin, Texas, that was introduced in 2013 and has gained a considerable following. The first three ingredients listed are carrots, onions and habaneros; the carrots and onions give the sauce its color. The sauce was cited for its flavor and noted for its heat: if you want to “flirt with pain a little bit,” the judges said this was the “go-to” sauce.

Number 3 is Frank’s Redhot with a score of 25. This American classic represents what a hot sauce should taste like for many diners. It was the principal ingredient of the original Buffalo wing sauce developed at the Anchor Bar in Buffalo, NY, in 1964. The sauce was cited for being good with everything because of its “mouthfeel.”” According to the judges, it coast the dish, coats your mother, coats your tongue, making it an OG among hot sauces. 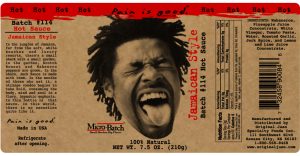 Ranked fourth is Pain Is Good Jamaican Style Hot Sauce with a score of 24.5. The combination of habaneros, jerk spice and smokiness make this a top sauce. It is the produce of one of the more artisanal brands, the Pain is Good brand based in Kansas. Judge Johnson said, “You could kill with this.” It features Caribbean flavors, and the “nifty hip-flask-shaped” bottle with its “howling face” label makes it appealing to hot sauce consumers.

At Number 5 is Dirty Dick’s Hot Sauce with a score of 23. Developed by Richard “Dirty Dick” Westhaver, a horticulturalist and former competitive BBQ cook based in Massachusetts, the sauce is billed as a hot pepper sauce with a tropical twist. It features ingredients like mangoes, pineapple and bananas. It is a sweet chili sauce that has a full flavor and bouquet. The judges characterized it as an all-purpose sauce.

Rounding out the Top Ten are Louisiana Hot Sauce Original (score 22.5) from a company founded in Louisiana in the 1920s made of aged cayenne peppers vinegar, and salt; Crystal (score 22), also introduced in Louisiana in 1923, and a favorite with Saudi Arabians for its moderate heat level and versatility; Tapatío (score 17.5), a taco-truck standby created in southern California; Huy Fong Sriracha (score 16), an American success story from a California-based company founded in 1980 by Vietnam native David Tran, which inspired a movie, a cookbook and cult fandom; and TABASCO Original (score 15), the OG of Louisiana hot sauces from a company founded in 1868 on Avery Island and still made there today, is perfect for oysters and seafood.