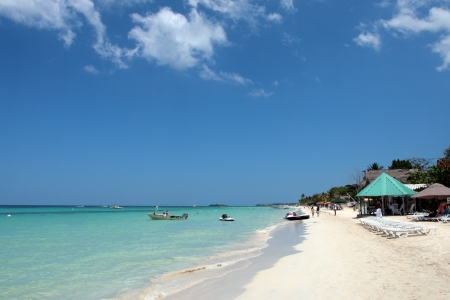 According to a report from Expedia in the United Kingdom, many British tourists plan to visit Seven Mile Beach in Negril. The beach was ranked among the top 22 beach vacation spots in the world by tourists who appreciated its turquoise-colored water and its palm trees. Expedia’s Flip Flop Report published on June 21, 2016, used data from UK respondents to a worldwide study of over 11,000 adults in 24 countries. The report found that two percent of all Brits going on vacation chose to visit Jamaica’s Seven Mile Beach in 2016.