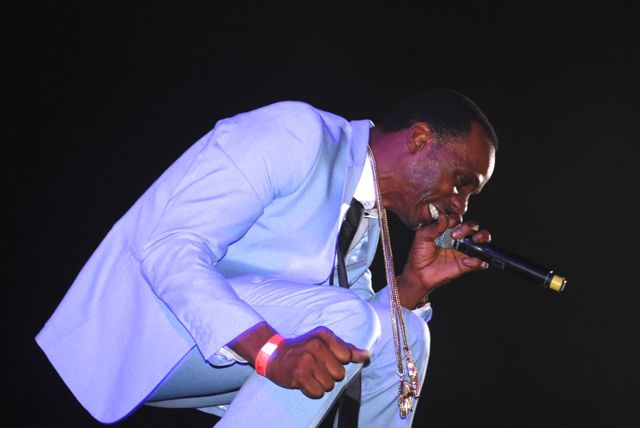 Digicel Jamaica handed out a special gift for the holidays by way of a Boxing Day Christmas Edition of the ‘Digicel Unplugged’ series, which was an online concert streamed via Instagram on Saturday, December 26th that featured singers Sanchez, Chris Martin, and Dancehall Icon Bounty Killer.  The show’s MC, ‘Fluffy Miss Kitty’, got the happenings going at 6pm sharp as scheduled.  Singing sensation, Christopher ‘Chris’ Martin led off while clad in a dark colored blazer and black bow-tie.  And in so doing, it was readily apparent that he is a matured singer who is vocally gifted.   Martin was quick to unleash a number of his hits, including—‘Cheaters Prayer’, ‘Paper Loving’, and ‘Chill Spot’.  Meanwhile, Martin’s fans were clamoring his smash hit, ‘Big Deal’, according to the chat messages scrolling up the screen while the concert was being streamed.  Sure enough, Jamaica’s young singing sensation obliged and ‘reeled off the chune’.   Not surprisingly, he wheeled it back several times based on the hot fire emoji forwards that lit up the chat messages.  Before concluding his set, Chris Martin delivered a passionate plea to the viewing audience to ‘lick out’ against domestic violence amid the rash of such incidents against women and children that have been dogging Jamaican society in recent years.  In his post-performance interview with MC Miss Kitty, Martin explained that—given the platform that he has as a top artist on the island—he sees it is a pressing issue and thus feels compelled to point it out at every opportunity.

After a brief band change, next up to take the virtual stage was Mr. Rodney Pryce, popularly known as deejay Bounty Killer.  A mega star in Jamaica’s dancehall arena for over two decades and counting, the ‘Poor Peoples Governor’—as he is affectionately known—got ‘cross, angry, miserable, and terrible’ as he marched through a pile of hits from his enviable vault of dancehall classics, including—‘Look Into My Eyes’, ‘Anytime’, ‘Can’t Believe Mi Eye’, ‘Warlord Nuh Business’, ‘Bullet Proof Skin’, and ‘Lord is My Light and Salvation’.  As always, Bounty Killer gave the online audience a good set and, despite proclaiming to be ‘cross, angry, miserable, and terrible’, Rodney Pryce certainly has a good heart.  Pryce, who hails from the gritty inner-city community of Seaview Gardens, has over the years never wavered from his philanthropic mission and desire to promote the welfare of others, expressed especially through his generous donations to good causes.  In that spirit, Bounty Killer was recently in Seaview with a ‘bag of Christmas gifts’ for needy children in the area who may otherwise have gone without the books and toys that Rodney gratuitously handed out.   Just the same, Bounty Killer does a back-to-school drive at the beginning of the school year so that kids are equipped with books, school supplies, and uniforms to assist in their scholastic pursuits. 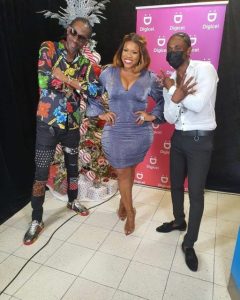 Last but surely not least on the virtual stage, was veteran singer, Sanchez, whose performance was nothing short of magnificent and loaded with hit a tall mountain of hits.  A singer with an unmistakably smooth voice, Sanchez is a specialist where lovers-rock reggae is concerned.  And he made sure to remind the cyber-audience of such by launching off on a ‘hit parade’ that included timeless gems, including—‘Here I Am’, ‘One in a Million’, ‘I Can’t Wait’, ‘Lonely Won’t Leave Me Alone’, ‘Never Dis the Man’, ‘Missing You Know’ and ‘Wherever I Lay My Hat’.   Sanchez then lit it up in a tribute segment featuring singers that are no longer with us.  That segment was superbly done by Sanchez and featured his rendition of: ‘Night Nurse’ (Gregory Isaacs) and ‘My Number One’ (Gregory Isaacs), ‘Here I Come’ (Dennis Brown), ‘Breaking Up is Hard to Do’ (Alton Ellis), and ‘Roll Call’ (Tenor Saw).  In recent years, Sanchez has focused on gospel reggae which he also incorporated as part of his set.

All in all, the Boxing Day Christmas Edition of the ‘Digicel Unplugged’ series—streamed from the company’s head office on Ocean Drive in downtown Kingston, Jamaica—was a much-welcomed holiday gift of sorts that showed well and surely lifted the spirits of all the viewers amid the ongoing and hard slog of the COVID-19 pandemic that has plagued 2020 without relent.

Story Cover Photo by Nick Ford, who lives and works in South Florida