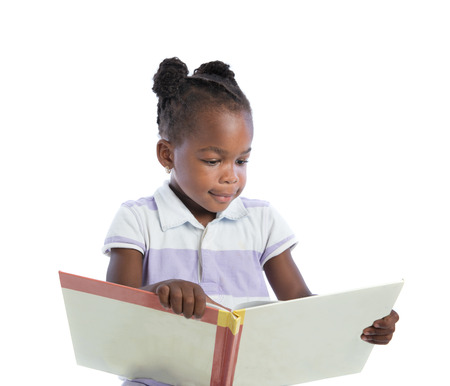 The more I listen to the ongoing debate regarding the translation of the holy scriptures into the vernacular- Jamaican Creole (JC) – and the corresponding debate regarding the formal recognition of JC and its elevation to national language status on par with English, the more I am convinced how intellectually, implicitly and explicitly, dishonest the “privileged” among us are.

The two best people group speakers of Standard English I have met or heard are not connected directly or indirect with the United Kingdom (UK) as would be expected. They are Africans and Indians. They speak impeccable English. And they are bilingual or maybe even trilingual. One of their native tongues is the official language. However, this does not deter them from becoming proficient English speakers; on the contrary it enhances the effort because English language is rightly taught as a foreign language and like mathematics, geography, biology to name a few subjects, they are encouraged to master it by learning all its intricacies. The proficient speaking of Standard English is therefore rightly considered a marketable skill.

Here in Jamaican, apparently, forces known and unknown are determined to keep the lower classes backward in order to retain the status quo. Those who have historically mastered written and oral Standard English are numbered amongst the upper-middle and upper classes. We have been brainwashed into believing that the only language the working lower income classes are capable of mastering is Jamaican Creole (patois). Among the preferred potpourri of litmus tests used in Jamaica to identify ones “true” social class is the oral mastery of the English language.

No self-respecting political administration would continue this flagrant abuse of its people but this abuse has continued for more than forty (40) years and it therefore speaks volume about the nature of the beast called the government of Jamaica (GOJ).

Let me state it here as crystal clear as I possibly can, most lower income – working class people will never master Standard English until it is taught in schools as a foreign/second language. Only the most intellectually dishonest among us will continue to deny the obvious- Jamaican Creole is the language of choice for most Jamaicans; be they at home, school, or work and especially at play.

Those who have been reading my articles are aware that I am an advocate of speak English campaign. But I am also fully convinced that the only way Jamaicans will become proficient in the use of English is when it is taught in schools as a foreign/second language. If the GOJ and the Opposition is interested in the welfare of the lower income working classes it as they boast, they will forthwith draft and enact legislation to recognize and elevate Jamaican Creole as on par with the English language.

However if the purpose of the GOJ and the Opposition is to appease those who are uncomfortable with their Jamaican-ness, those who have taken it upon themselves to make the English language sacrosanct, to keep the people backward and semi-illiterate, to prolong the speaking of broken English, just to name a few then they deserve an A+- they are presently doing an excellent job!

But if there is any desire to elevate Jamaica to world class status in the medium to long term, then a concerted effort to have citizen master English must be embarked upon through the medium of Jamaican Creole especially for the lower income classes.

Finally, we all can speak Jamaican Creole but only a few of us can actually read or write it well. The GOJ must now put in place a body/committee to work on creating a standardized (orthographic) version of the Jamaican Creole. A lot of time and effort is being wasted defending or attacking the obvious. Let us all now put our energies into this more productive and worthwhile endeavour.

Carlos.R.King is the Founder and Executive Chairman of The Jamaican Empowered Voter Association– (TJEVA) a Think Tank and Voter Advocates, based in St. Catherine, dedicated to Jamaica ’s development.
TJEVA- a non-partisan, non-denominational, non-sectarian- NGO