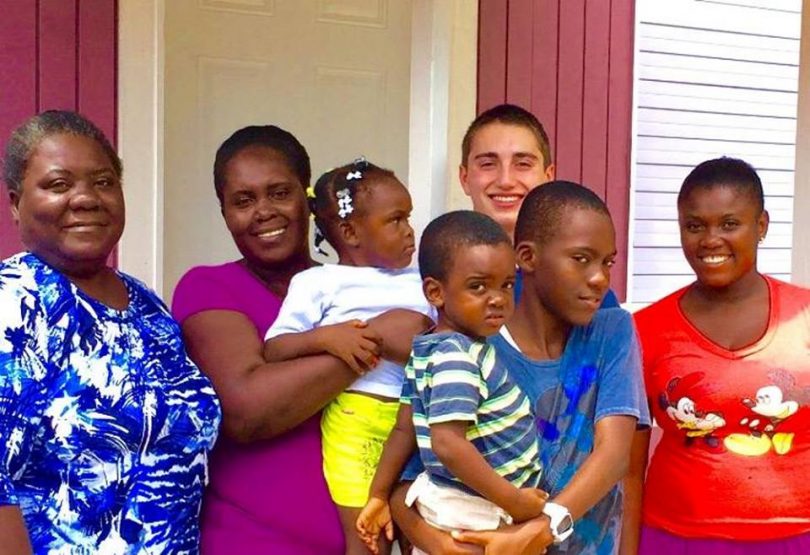 Nathan Berman, 18, of Boca Raton, Florida, created an outreach program called “Teens for Tomorrow (TFT),” a network of young people who gather excess inventory from companies to distribute to various charities. Through his efforts, Berman had what he calls his “most rewarding experience.” He had the opportunity to travel to Jamaica to provide a family of six on the island with a new home. The family – a mother, grandmother and four children – had been living in a shack, but through TFT, Berman was able to provide them with the keys to a new house complete with electricity and running water. And a place to call home for the first time in their lives. Seeing the smiles on the faces of this family brought him a feeling he will never forget, Berman said.

Berman’s interest in helping the poor started when his seventh grade class from St. Anthony’s School took a field trip to Food for the Poor. At its headquarters, he saw many images depicting how life is for poor people in Jamaica, Latin America and the Caribbean. These pictures made a strong impression on him and, after the field trip, Berman started to create business plans, considering every detail of how TFT would operate. By the time he reached eighth grade, Berman was contacting his friends via the internet and social media to ask if they wanted to help. TFT made its first contribution to Food for the Poor before Berman started at Spanish River. TFT operates as a service, linking businesses that want to dispose of their excess inventory with charities that need them. The TFT network includes business professionals and Berman’s friends.

Berman is involved with the Boca Chamber’s Young Entrepreneurs Academy, and at Spanish River, he and his event partner Bryan Carbone competed in events at the school’s DECA chapter, writing a business plan and giving a ten-minute oral presentation about the development of TFT. The duo qualified to compete at the state level, and then went on to the international competition in Orlando, competing with 18,000 students from around the world. They placed among the top 15 competitors and made valuable contacts for the organization. Critical to the success of TFT is recruiting high school volunteers.

Berman believes that it is a lack of exposure to the serious problems facing people in the world that keeps teens from getting involved. Most TFT fundraising occurs through small donations at his school, but Berman has also set up GoFundMe pages for special cases. Berman completed an internship with Google in the summer of 2016 and plans to continue his charity work in the future. In 2017, he will attend a large out-of-state university and hopes to expand TFT to a national level with the contacts he makes there.