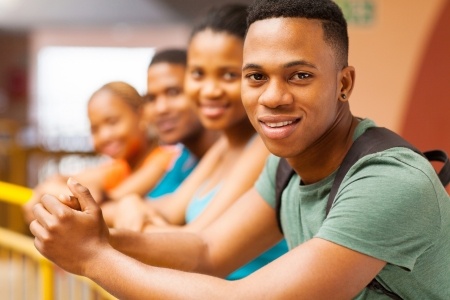 According to a report issued by the National Urban League in the United States, African Americans are doing “much better” in 2016 than they did 40 years ago when the organization’s first “State of Black America” report was released. The new report, entitled “Locked Out: Education, Jobs & Justice,” examines the way blacks and Hispanics have fared in the U.S. in recent years, compared with their situation in 1976. Some featured findings of the 2016 report indicate that things are improving for black Americans in terms of full equality with whites in health, education, economics, social justice and civic engagement. The organization’s “equality index,” which is based on a scale of 100 percent, the equality index for blacks is 72.2 percent in 2016, compared with 72 percent in 2015. In 1976, 29 percent of African Americans lived in poverty, compared to 27 percent in 2016, while 28 percent of blacks graduated from high school in 1976, compared to 33 percent in 2016. Forty years ago, only six percent of African Americans graduated from college, compared to 22 percent today. The life expectancy for African Americans has risen from age 68 in 1976 to age 75 in 2016. However, African Americans experience the same or worse situations in 2016 as in 1976 in regard to home ownership and voting. In 1976, 43.7 percent of African Americans owned a home, compared with 43 percent in 2016. There was a change in voting from 48.7 percent in 1976 to 39.7 percent in 2014, which was partly attributed to the fact that 1976 was an election year, while 2014 was not. Marc Morial, president of the National Urban League, has called for a serious commitment from the government, the “Main Street Marshall Plan,” to rebuild urban communities in the U.S. The plan is asking for $1 trillion over five years to address early childhood education, strategies for home ownership, high-speed broadband technology, and a $15- per-hour federal living wage indexed to the inflation rate. Morial said that education is important, but it is not the only solution to the problem of economic inequalities in the U.S.