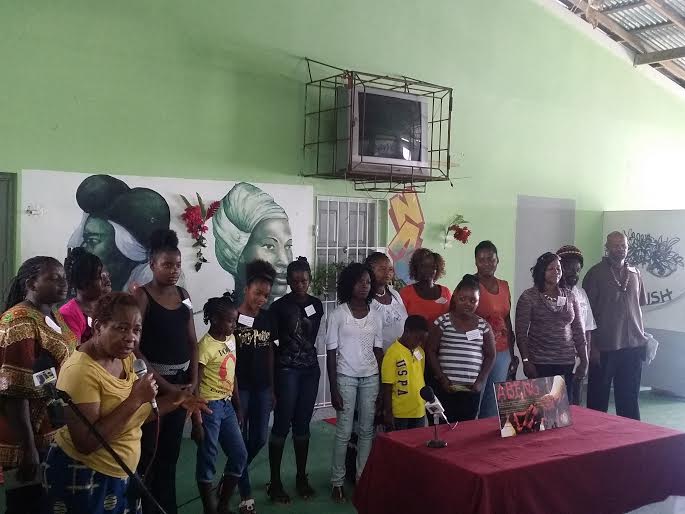 Abeng 88.7 FM is now a centre of pride in the Maroon community of Accompong, St. Elizabeth, broadcasting 24 hours a day from the studio space it occupies in the community centre and museum in the town square. Following a six-month training and development period funded through a grant from the International Programme for Development Communication (IPDC), 30 volunteers are now preparing radio content for a range of new programmes being introduced to complement the music fare.

The IPDC is a UNESCO programme designed to strengthen the development of mass media in developing countries. The grant under the theme “Programme Development and Sustainability Training for Community Radio in Jamaica”, was awarded to Transformative Communication Partners – a communication for development company based in Jamaica – following a successful funding application in 2015. Work with the Trelawny Town Maroons started in August 2015 with an initial meeting with citizens to define the role of the station. Subsequent activities including a community mapping exercise in which residents proposed programme ideas to benefit the community, training in basic production and presentation skills, broadcast etiquette and ethics as well as creating drama for radio.

Already the radio programmes have been highly popular with residents particularly “Maroon Storytime”, a series of short features in which Maroon elders recall the stories passed down through generations and the history they experienced themselves. Station Manager and Founder, former Deputy Colonel Norma Rowe Edwards said her team is growing and enthusiasm is high, bolstered by community feedback.

Following the successful launch of Abeng FM during the annual traditional Maroon festival on January 6 earlier this year, the IPDC project now moves to ROOTS FM/Mustard Seed Communities’ where 15 community broadcasters are currently being trained as content producers and journalists to build the capacity of the community radio station.