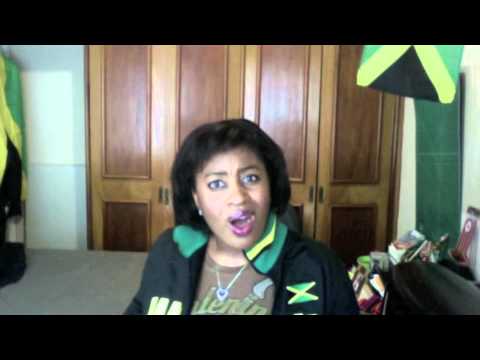 I wrote a poem in the Jamaican Patois language to share with my Jamaican friends and family about the elections. It is however, meant for all the world, especially those who love Jamaica and the patois language, to enjoy. The words to the poem are below.

SPECIAL NOTE: * The Jamaican patois language is still being officially standardized, so some of the spellings used here in the series, may not correspond with others published. Spellings used here are what the presenter thinks best captures how the words should be pronounced.

A which pawt yuh deh?

How yuh fi seh so?

When a all a wi sinting?

When all dem a do a yawd, a run awf dem mouth and n’ave nutten good fi say

A no money me a talk, Caw mi know yuh frequent Western Union

Dem need you words of wisdom and support, more than any other

Den, work did di elected person, whoever it may be, to help make things better

Den tell dem, “have integrity, stand up for what is right and just and do well in dem likkle community.

Yes, each a we, home or abroad, have a role to play, don’t forget this important fact