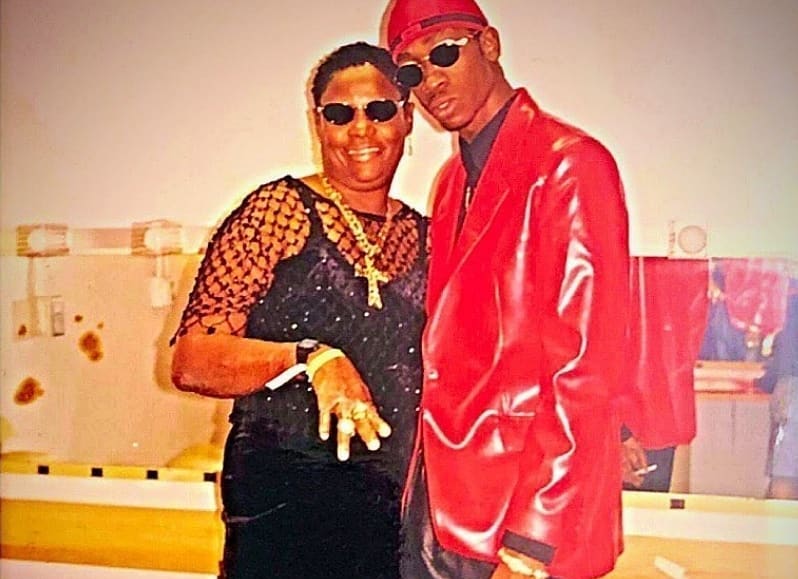 Foreword: I wrote this article after interviewing Louise Fraser-Bennett in June of this year. Louise passed away after a brief illness two weeks ago, and was buried on Saturday, October 25. – JL-C

We were taught to speak the truth, but we find ‘clever’ players giving the truth more battering than a Test match ball. So when a daughter of the ghetto stood bravely before media and academia and bared her truth, Observer writer Basil Walters noted that she had her audience “on the edge of their seats”.

Speaking at the fourth annual Don Drummond Symposium, dancehall publicist and founder of the Sound System Association Louise Fraser-Bennett shared her bitter regrets about her role in the early days of dancehall: “I was performing a negative role in music…Me and my set of artistes was giving the people weh we think dem want … sex and violence.”

As we constantly try to distil the truth from dodgy interviews and sensational headlines, it is refreshing to hear someone speak so sincerely and unreservedly. I had to meet with Louise and discuss her revelations.

The experiences packed into her fifty years are the stuff of drama. She has been adviser, sister, mother, icon to Jamaica’s leading dancehall artists as publicist for producer King Jammy, and founder of the Sound System Association of Jamaica. Louise it was, who promoted the infectious slengteng dancehall rhythm on which Shabba Ranks and Ninja Man rode to international fame.

As we talk, Louise remembers how Sister Nancy and Brigadier Jerry could not make it when they tried to be positive. “This is a warped society, where we indulge in self-degradation. We keep blaming others instead of looking inside ourselves.” I hear the voice of an educated woman and we laugh delightedly to discover that we are both Alpha girls. But she suddenly becomes serious, almost fearful. “Don’t write that,” she says. “I disgraced myself at high school and Sister said I must never ever say I am an Alpha girl.” I am writing it Louise, I tell her. That Sister’s soul has been long separated from her human condition, and she can now see the true Louise.

When we wanted to send out the message of ‘Peace Love and Unity’ for the EOJ’s 1997 election peace campaign, I beat a path to the humble Whitehall Avenue office of Louise Fraser-Bennett. We delivered dozens of 45s of the song commissioned from Tony Rebel and left Louise to win the hearts and minds of the dancehall crowd. Not only did Louise distribute the records but she and members of the Sound System fraternity also joined CAFFE to seal their commitment to a peaceful process.

A few days before the ’97 Elections, things got heated at a dance in Grants Pen. “The selector put on the song, and it cool down the place,” remembers Louise. “Music alone shall live,” she affirms.

As a teenager Louise was the leader of a group called The Dirty Dozen whom she describes as ‘degenerate girls’ from Jones Town and Craig Town. When she was a pregnant 18-year-old, a jealous lover threw an oil stove at her, covering her in flames, leaving her with third degree burns over most of her body. One eye is damaged, and her arms and hands are riddled with scar tissue. She gave birth to a healthy girl but tragically lost her as an adult, to drug-related violence. Three years ago when her son called her from England to say he had been jailed for drugs, she collapsed from a heart attack.

At the Spanish Town Hospital, they gave her four days to live. She asked to be transferred to the University Hospital where she was given one month: “Imagine, I decided I was going to live and after they gave me four days, I was given 26 more!” This is when she decided to turn her life over to God and was counselled by Rev Carmen Stewart. So strong was her faith that despite the warnings of her doctors, she entered the cold baptismal waters at the Pentecostal Gospel Temple on Windward Road and came to no harm.

Louise is determined that she will speak her truth and act to right the wrongs of her earlier life. She has taken under her wing 22 talented young men who had been associated with gunmen and she is helping them to break through in the music business. Louise has attempted to start community action groups in various inner city communities, but has been warned away by some on the most unlikely politicians from both sides of the fence. “I won’t call their names,” she says, “but they know who they are.”

Louise says that grass roots organisations are the only solution to empower the people. “The politicians have to report to the people or there will be no peace,” she declares.

“You see this present situation?” asks Louise. “The only way we going to get over it is to get the politicians to stand up together in Heroes Park and take off the party colours. They must look at their great heroes under the earth, where all of them will end up one day, and ask themselves why they can’t live together on top of the earth.”

Then Louise states her view on the Police and gives a warning. “The Police are being used as scapegoats. There are some people who want to brainwash the public to see the Police as the enemy. We better understand that crime is big business and when we destroy the Police, crime will get a free run.”

Louise wants the public to see police as human beings with families to support and taking big risks in their jobs. “Citizens, police and politicians must get together now and say ‘Enough is enough’. Some of us are play-acting certain roles until we start believing the role. We must face up to what we really want and stop promoting the Willie Lynch syndrome of ‘divide and rule’.”

Louise says of all the big-talking people around, it is the good officers of the St Andrew South Police who have helped her to transport her 22 young artistes to out of town shows. Could our human rights groups assist with these 22 reformed young men? Louise needs your support desperately to keep them focussed and motivated.

We condemn the actions of rogue cops, but Jamaica, this is the truth: hundreds of decent Police officers use their spare time to work with over 20,000 youths all over the country in youth clubs, scouting and girls guide programmes promoting discipline and cooperation. They have started scores of Neighbourhood Watch programmes to help keep communities crime free. Louise is right to say that the media has a responsibility: if we report only the negative, how can the good men and women, the majority of the Force, earn the respect of the very youth they are trying to keep out of trouble?

Why is it that we do not have widespread condemnation of the hardened criminals in our society who have struck fear in our hearts and have taken their wicked ways abroad to give all Jamaicans a bad name? When good people are murdered, why is there no one calling for their attackers to be brought to justice?

When we can be as honest as Louise Fraser-Bennett in answering these questions, we will throw off this stifling hypocrisy. The truth shall set us free.