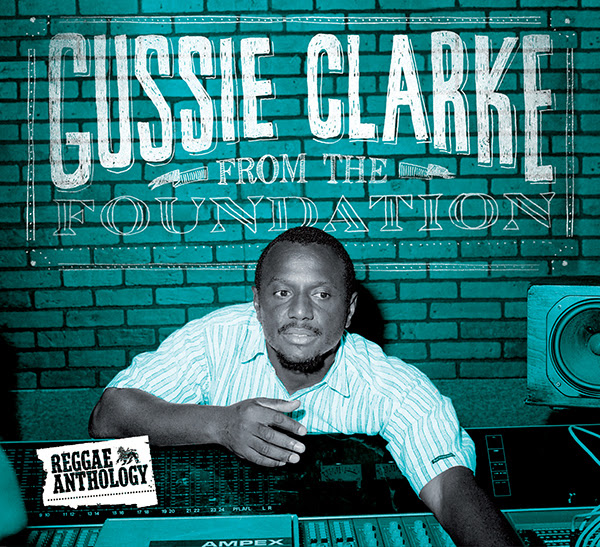 VP Records’ vintage imprint 17 North Parade opens its vaults to present a new reggae anthology from one of the most influential Jamaican producers and businessmen Gussie Clarke.

On Oct 9, 2015, 17 North Parade will release a comprehensive double-disc compilation From The Foundation, spanning Gussie Clarke’s catalog of hit productions from the 1970s until today, accompanied with a DVD that takes an in-depth look of the man behind the controls. All the music is re-mastered and coupled with deluxe packaging and extensive liner notes. In addition, a vinyl companion piece (carrying the same name) will be available the following week (Oct 16) that features exclusive tracks not available on the CD and digital version.

In the early 1970s, Clarke’s breakthrough success with deejay-style vocalists like Big Youth and I Roy put him at the forefront of the new rebel sound because he was able to blend this style with more instrumental records. The first portion of the anthology includes a previously unreleased version (featuring Big Youth) of Clarke’s 1972 debut U-Roy’s “The Higher The Mountain” plus a never-before-heard extended version of Dennis Brown & Lennie Hibbert’s “To The Foundation.” The set carries into more classics like Augustus Pablo’s “No Entry,” Hortense Ellis’ “Unexpected Places” as well as the influential 1981 Mighty Diamond’s hit “Pass the Kouchie.”

The second half of the collection delves into Clarke’s productions during the late 1980s when he launched his own Music Works studio. This was around the same time when the digital reggae era began, so the studio was fully equipped and ready to adopt the new style, but was still able to maintain the traditional roots reggae sound with musicians recording live instrumentation. The Music Works label focused on this new digi-roots style, incorporating keyboard and computer programmed riddims. Gussie Clarke continued to gather some of the best songwriters, musicians, background singers, arrangers, engineers and mixers Jamaica had to offer. Standout tracks include Dennis Brown & Gregory Isaacs’ massive radio hit “Big All Around,” Home T, Cocoa Tea & Shabba Ranks’ “Pirates Anthem,” Gregory Isaacs’ monumental 1988 summer smash “Rumours.” The riddim of the latter track triggered more breakthrough hits like J.C. Lodge’s iconic “Telephone Love.” To an enthusiastic, who changed and accepted the reggae music market, Clark was always able to evolve to the times and remain one of the most consisent hitmakers in the business.

He continued to pump out chart-topping radio bangers in the 1990s, including Deborahe Glasgow & Shabba Ranks “Mr. Loverman” as well as Shabba Ranks & Krystal’s international hit “Twice My Age,” both featured on this set. He has worked with an ensemble of reggae artists over the years including Daddy Rings, Sizzla and Mey Vidal, as seen on the last 3 tracks of the From The Foundation.

Gussie Clarke’s music legacy lives on as he influences much of the music today. The icon shares his works on this timeless Reggae Anthology and proves that real roots remain strong when they are from the foundation.