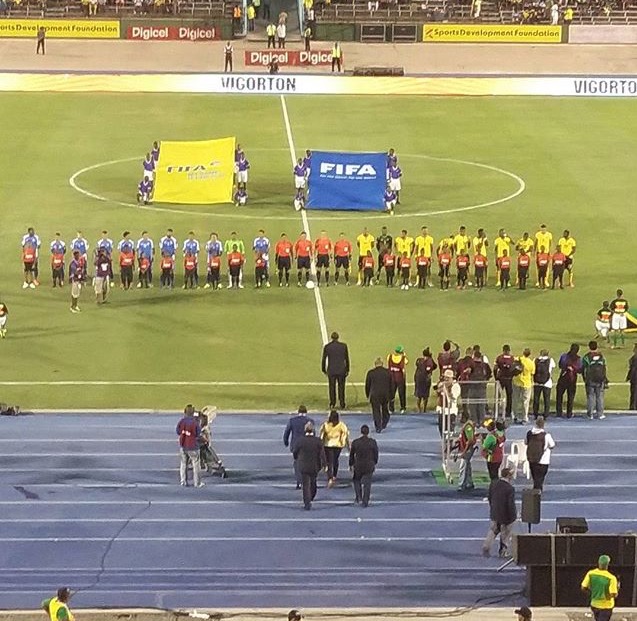 The Raggae Boyz faced Nicaragua at Independence Park tonight in Kingston, Jamaica, but were unable to win after going down 2-0 within the first ten minutes. Jamaica was able to fight back in the second half however, it was not enough to overcome the 3-0 lead the Nicaraguans had after 48′. Nicaragua was able to get out to an early start after a penalty was coverted in the 5th min by Manuel Rosas. Three minutes later Chavarria added another goal for Nicaragua giving The Raggae Boyz a steep hill to climb.

Three minutes into the second 45′, Nicaragua banged in a third goal from Galeano making it 3-0. Despite being down three goals Jamaica was on the verge of a draw after a 69th minute goal from Vancouver Whitecaps forward Darren Mattocks. A second goal from Premier League defender Adrian Mariappa made things even more interesting with around twelve minutes plus stoppage time to go in the match. However, The Raggae Boyz were unable to come out with a draw, while the only eventful happening after, was a yellow card shown to Mariappa by the referee.

Jamaica will play Nicaragua again for the second leg on September 9 down 3-2 on aggregate.