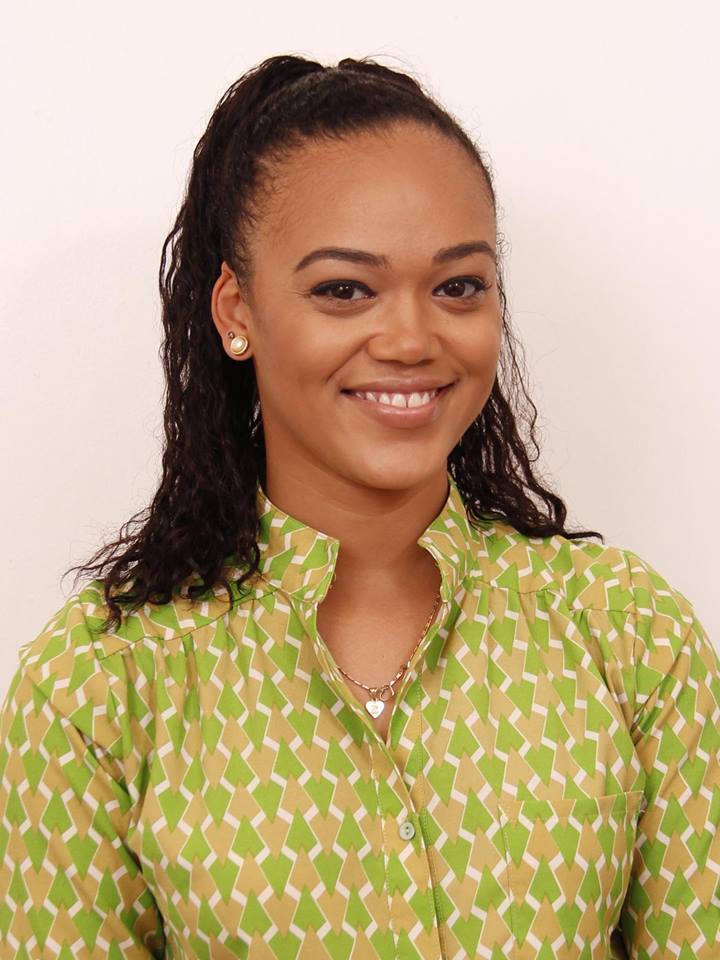 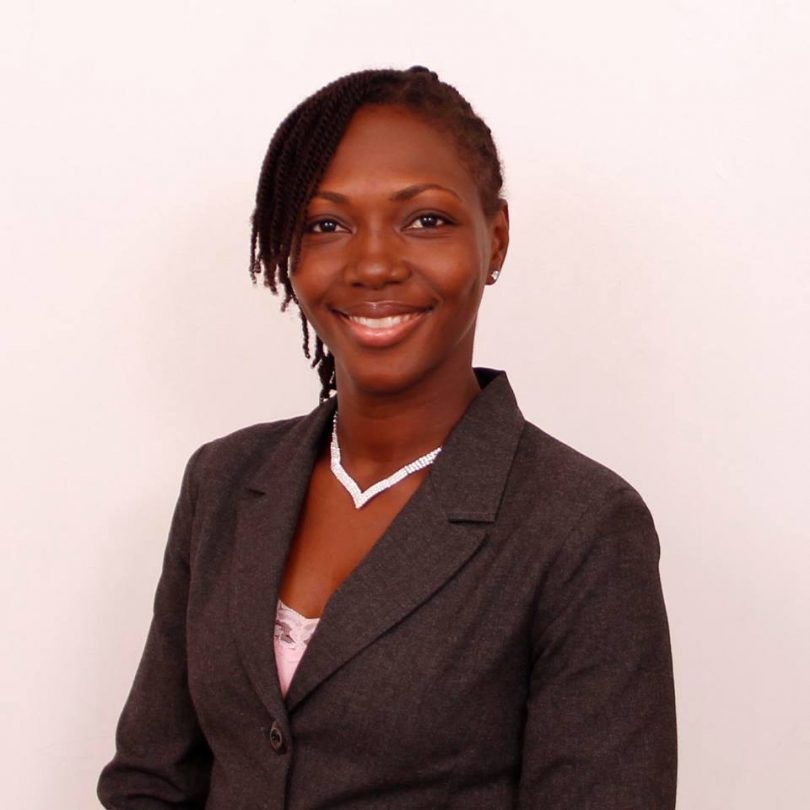 Alecia is currently employed to the Independent Commission of Investigations as a Chief Investigator. She will be pursuing a Master of Arts in Applied Security Strategy at the University of Exeter. Alecia enjoys the visual and performing arts, sports, reading, writing, and sewing.

André is an Attorney-at-law at the Ministry of Foreign Affairs and Foreign Trade and an Adjunct Tutor at the Faculty of Law, University of the West Indies, Mona. He will be pursuing a Master of Laws (LLM) in International Law at University College London. André believes that this will enable him to play a greater role in the continued reform and effective implementation of Jamaica’s trade and foreign policies in order to increase economic growth and development. 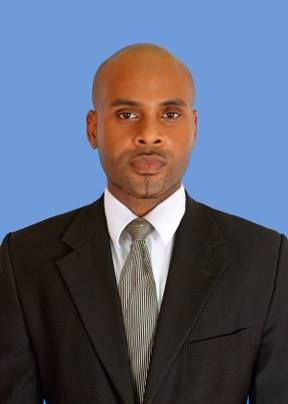 Andrei is an Attorney-at-Law in private practice. Prior to transitioning to private practice, Andrei was a Procurement Practitioner employed by the Government of Jamaica. He has contributed to the public procurement reforms now being undertaken by the Government of Jamaica and is passionate about aligning Jamaica’s public procurement functions with international best practices. He will be pursuing a Master of Laws (LLM) degree in Public Procurement Law and Strategy at Bangor University, Wales. Andrei plays music in his spare time. 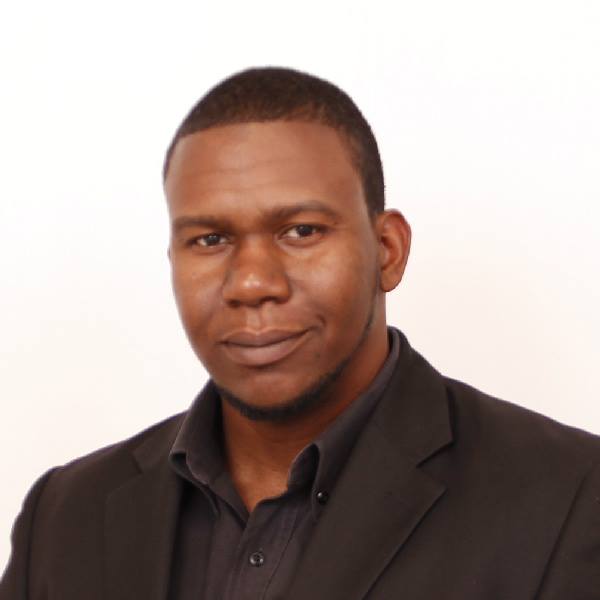 Courtney is currently employed to Ministry of Transport and Mining, Government of Jamaica. He will be pursuing a Master’s degree in Infrastructure Engineering and Management at the University of Surrey 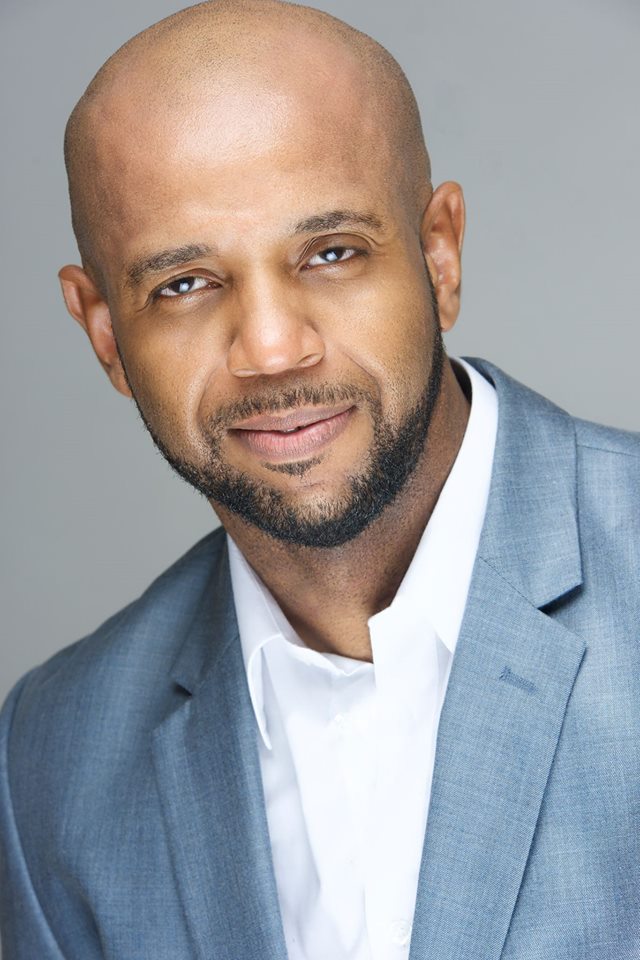 Dr Knowles is a graduate of the University of the West Indies (UWI), Jamaica. He currently works in the Department of Psychiatry at Sandiland’s Rehabilitation Centre in Nassau. Dr Knowles will pursue studies in the Immunology of Infectious Diseases at the London School of Hygiene & Tropical Medicine. His goal is to be an infectious disease and mental health expert in The Bahamas and throughout the Caribbean. In his spare time, Sean enjoys traveling, weight-lifting, jogging, socializing, and watching movies with his family. 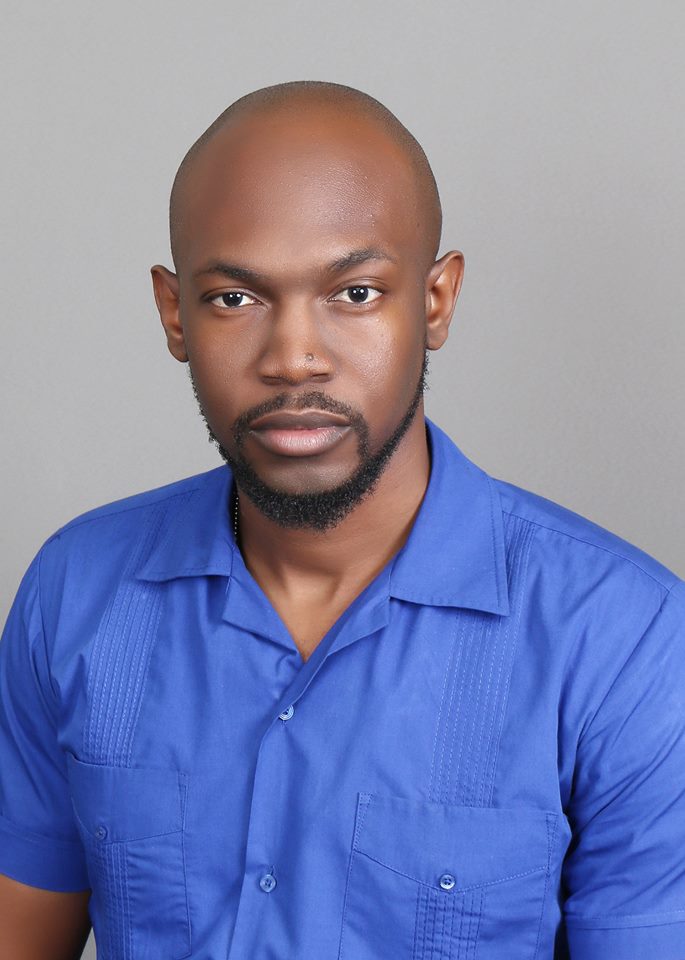 Dwayne is a senior medical technologist in the Department of Pathology at University of the West Indies Mona. He will be pursuing an MSc in Oncology at the University of Nottingham. Dwayne is keen on cancer research and plans to focus on diversifying the laboratory diagnostic techniques available for cancer in Jamaica and the Caribbean. 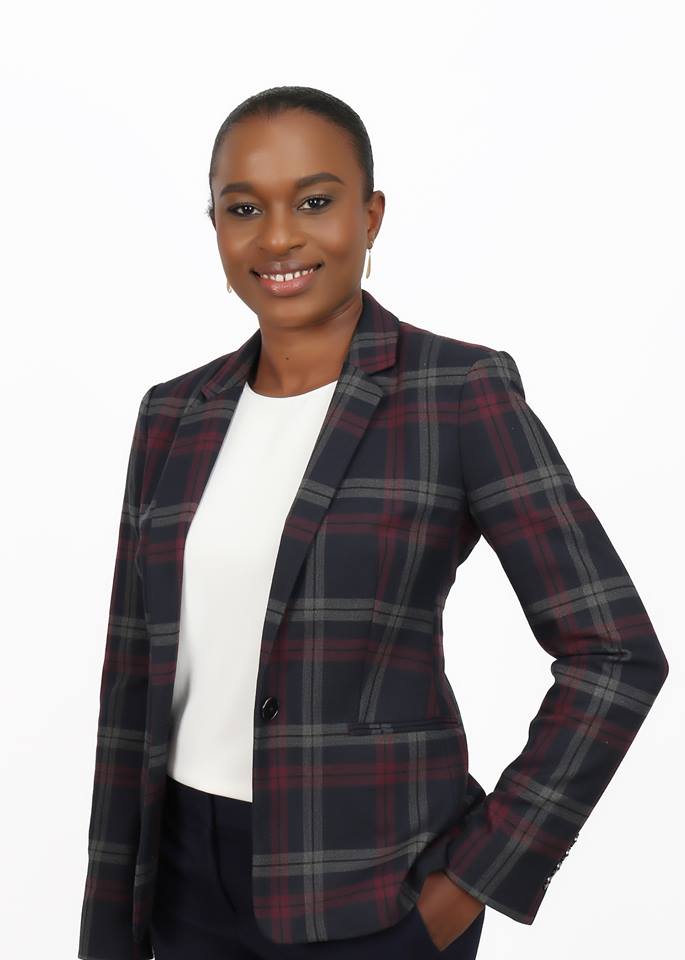 Kahmile is the Senior Public Relations Officer at the Independent Commission of Investigations (INDECOM). She has a keen interest in philosophy and communication; she believes effective communication is achieved when parties engage in empathetic listening and apply critical thinking. She will be pursuing a Master of Arts Degree in International Public Relations and Global Communication Management at Cardiff University 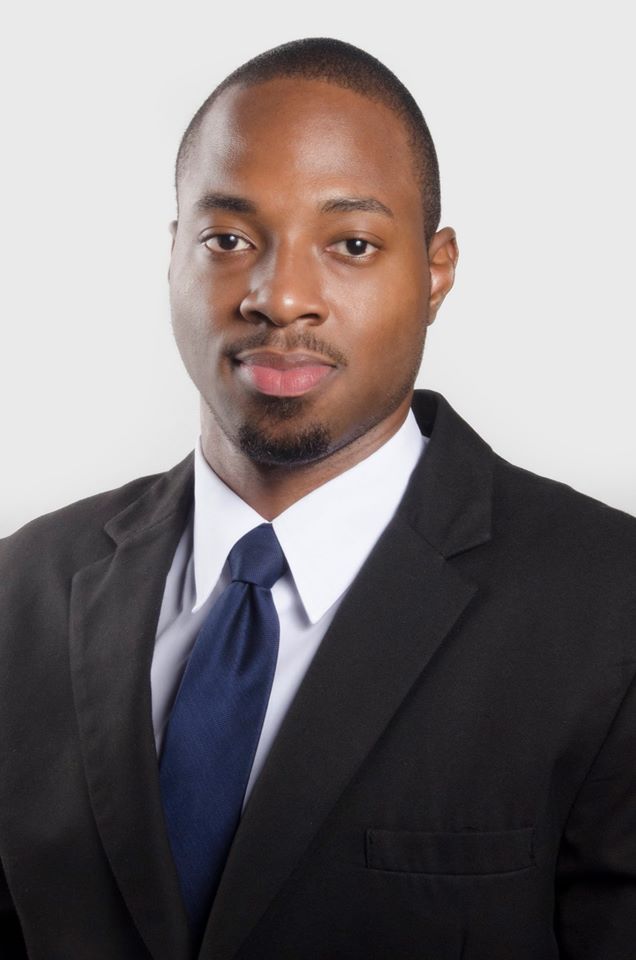 Kemar is a Senior Analytical and Policy Officer at Bank of Jamaica. Kemar will be pursuing a Master of Laws (LLM) in International Banking and Finance Law at University College London. He has worked on projects geared towards enhancing the country’s legal financial architecture including the development of Jamaica’s Agent Banking framework. Whilst at the central bank, he has also served in other capacities in the sphere of financial sector regulation and supervision. Kemar has a diverse academic background, holding honours degrees in Actuarial Science as well as Law from the University of the West Indies and the University of London respectively. 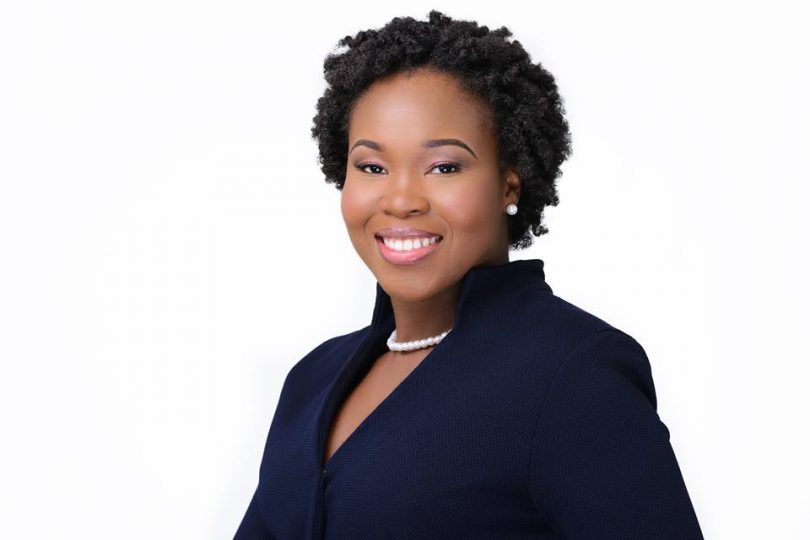 Kemesha is a trained youth advocate and motivational speaker. She has worked as a Programme Manager and Consultant at Digicel Foundation and in the Youth and Adolescent Policy Division of the Ministry of Youth. She has served on government boards and represented Jamaica at numerous regional and international fora. She is a graduate of the University of the West Indies and a former Miss Jamaica Festival Queen. Kemesha will be pursuing a Master of Arts in Social Policy at the University of York. 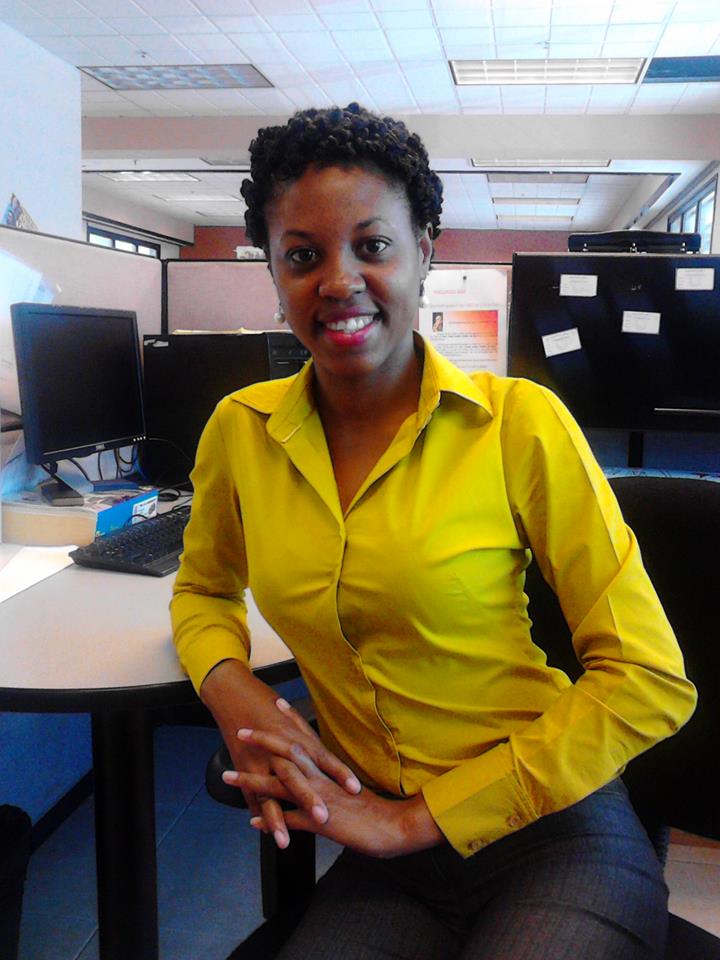 Kerri-Ann Henry is a consultant (short term) to the World Bank. She previously worked in the Office of Disaster Preparedness and Emergency Management (ODPEM). She will be pursuing an M.Sc in Earthquake Engineering with Disaster Management at the University College London. Her most noted achievement is the application of the Rapid Visual Screening Methodology which has contributed to shaping policy for Seismic Readiness. She is a graduate of the University of Technology, Jamaica with a Bachelor’s in Construction Engineering Management 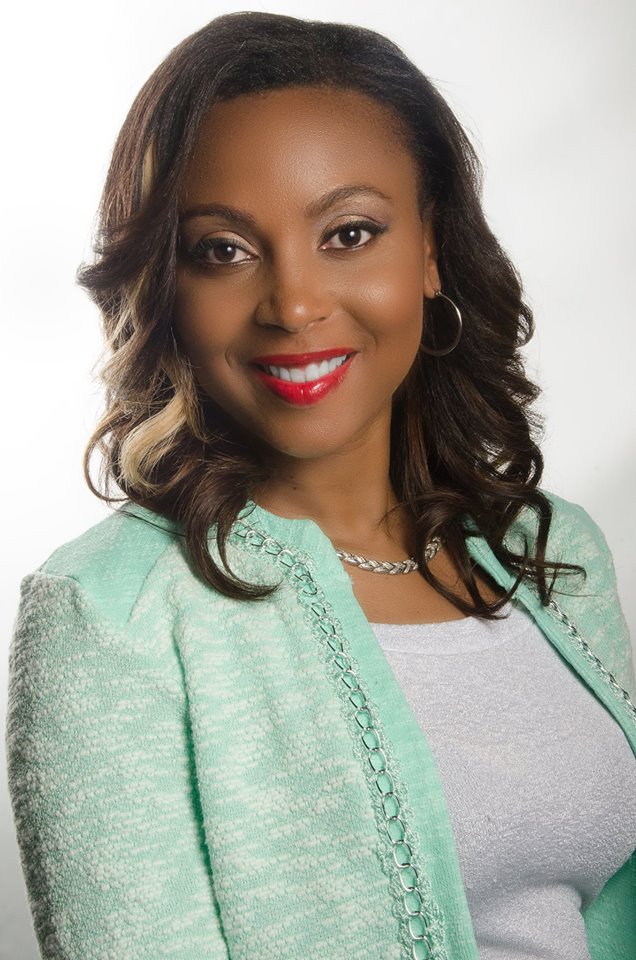 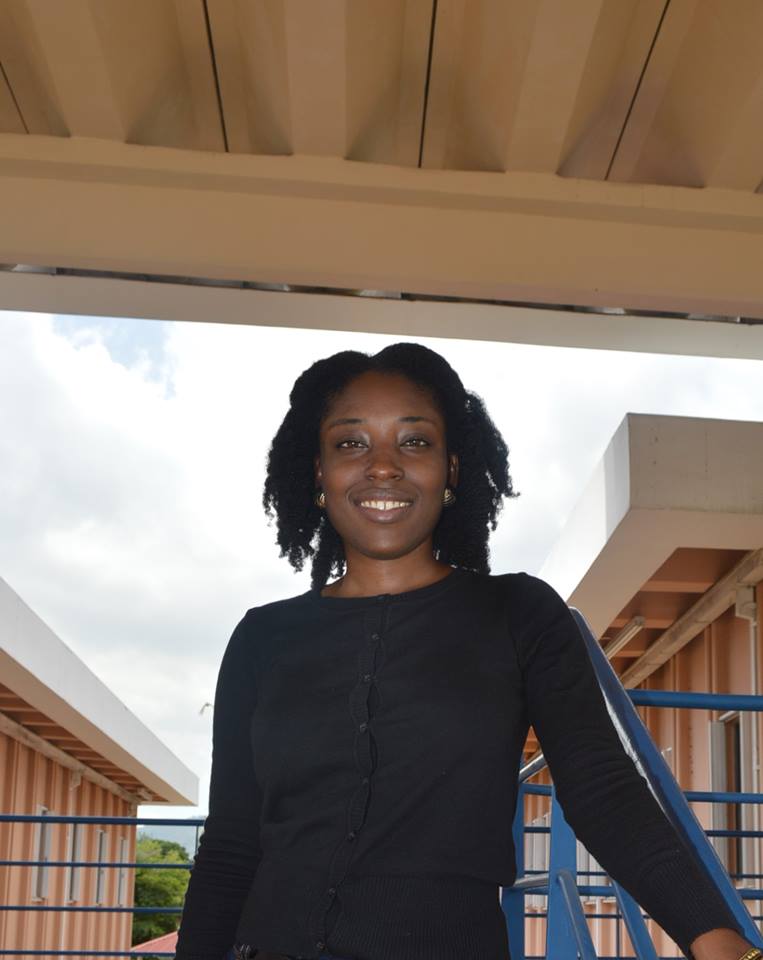 Kimberley has a passion for national development and believes that the inclusion of persons with disabilities is critical for sustainable development to truly be achieved. She will be pursuing a Master of Science in International Development with specific focus on Poverty, Inequality and Development at the University of Birmingham. She is founder of the Bloom Foundation for Education, providing support to educational programmes for children with disabilities. Kimberley is also the Director of Social Services at the Jamaica Association for the Deaf. 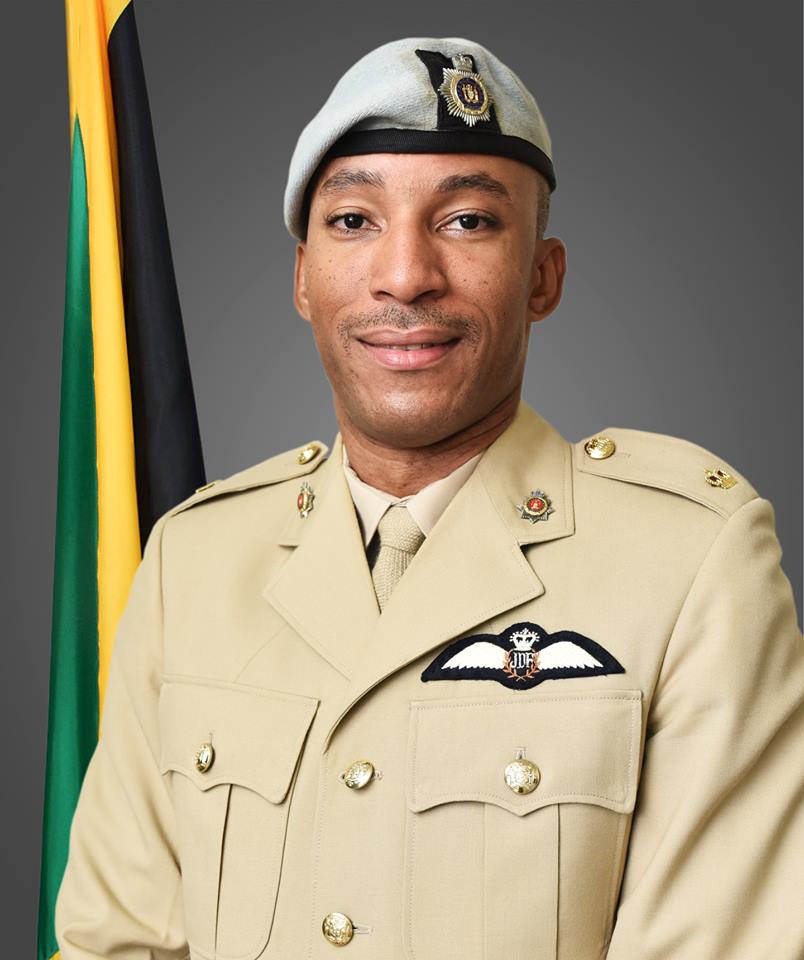 Major Chambers is currently serving as a pilot in the Jamaica Defence Force Air Wing. He will be pursuing a Master of Arts in Applied Security and Strategy at the University of Exeter. 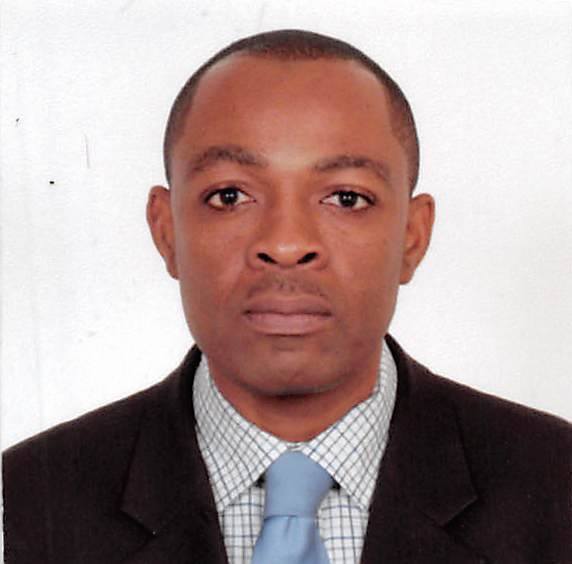 Marlon is a Police Inspector attached to the Major Organised Crime and Anti-Corruption Agency (M.O.CA.). He has been a member of the Jamaica Constabulary Force for the past 17 years. Marlon will be pursing an MA in Security and International Law at the University of Manchester. His main areas of interests are security, international relations, international law and Politics. 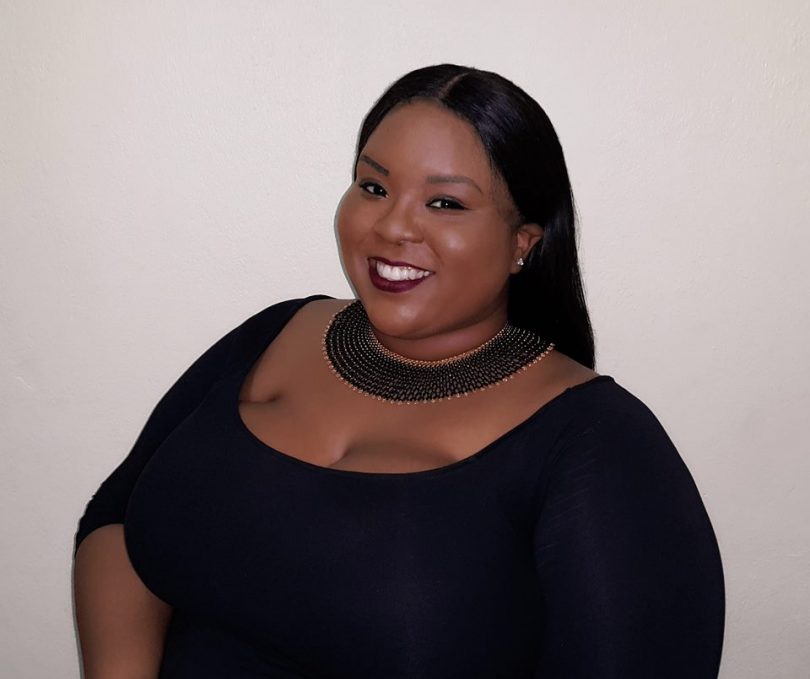 Monique is an Attorney-at-Law and youth and human rights advocate. She has managed the Policy and Advocacy portfolio at Equality for All Foundation and acts as the Executive Director of the Jamaica Youth Advocacy Network. As a local and international advocate, she has influenced policy and advocacy positions for youth, women and other vulnerable groups on a national and global scale. Monique will pursue her Master of Laws Degree at Queen Mary University of London. 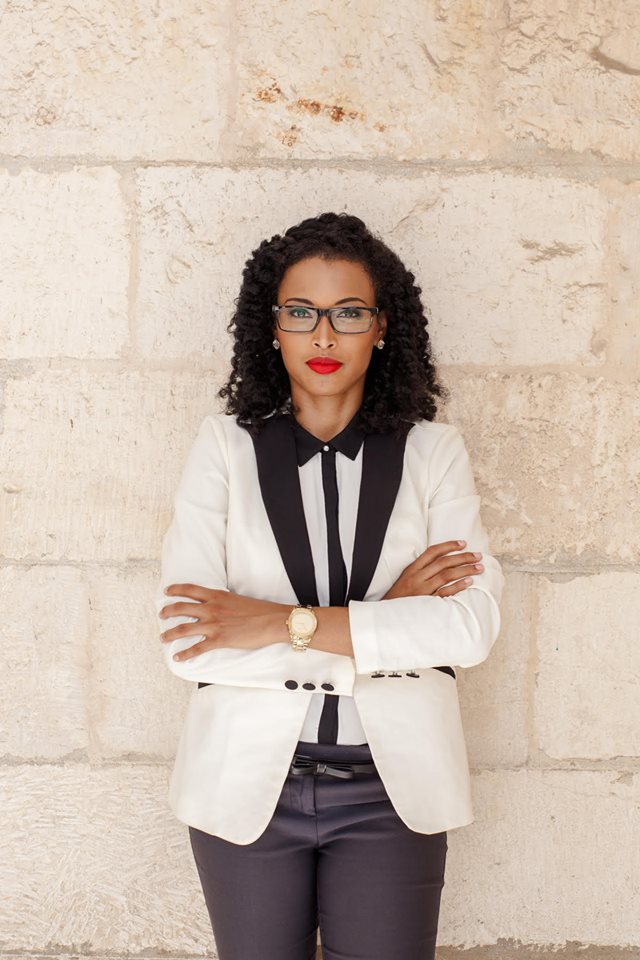 Monique is a project architect in the private sector. She will be pursuing a Masters in Environment and Sustainable Development at the University College London. Monique plans to use her background in the built environment to become an advocate for the country’s sustainable development. 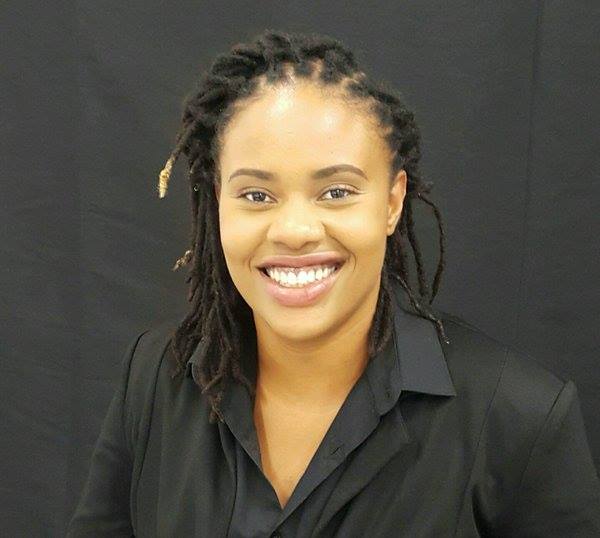 Nicolette Bryan is a human and women’s rights advocate with a growing interest in policy and Sustainable Development. She is a University of the West Indies trained Social Worker who is employed as the Programme Officer in charge of youth and outreach at J-FLAG. She is also the Associate Director: Youth and Outreach at Women’s Empowerment for Change. Nicolette will be pursuing a Masters in Social and Public Policy at Cardiff University in Wales. 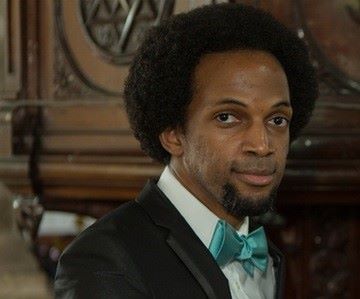 Philip is an Attorney-at-Law employed to the National Environment and Planning Agency. Philip will be pursuing a Master of Laws at University College London with a focus on International and Environmental Law. He hopes to address issues on biodiversity conservation and climate change affecting Jamaica. In his spare time he is an avid classical guitarist 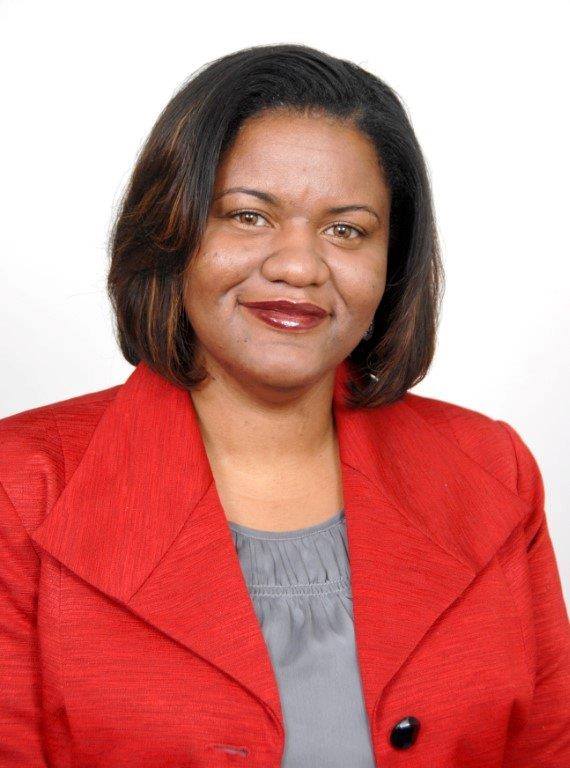 Rainee is the Senior Legal Officer in the Forestry Department of Jamaica and Head of its Legal and Enforcement Division. She has held this position since 2009 and oversees the Agency’s regulatory and legislative framework. Ms. Oliphant’s pursuit of a Master of Science in Climate Change and Environmental Policy at the University of Leeds will significantly increase her capacity to contribute to the development of the island’s policy agenda. 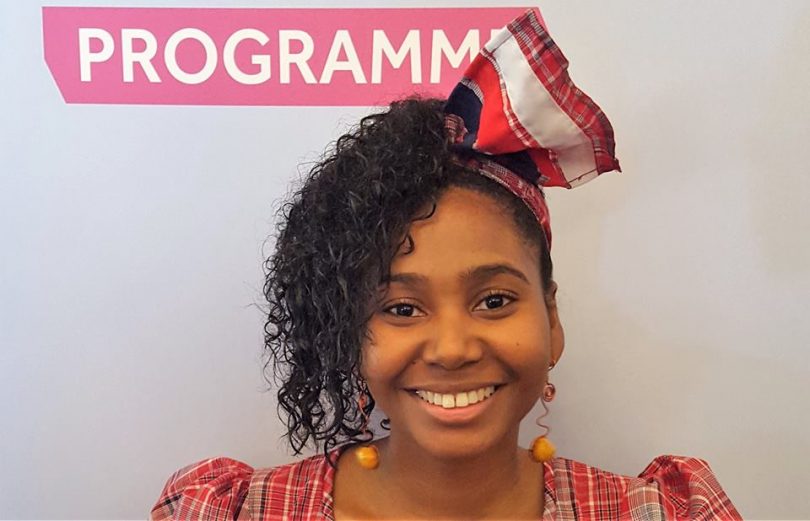 Shamoy is the CEO at Jamaica School for Social Entrepreneurship (JSSE). She is internationally known for her work in youth and community development and is this year’s Commonwealth Young Person of the Year for the Caribbean and Canada region. Shamoy will be pursuing a Master’s in Environment and Sustainable Development at University College London. 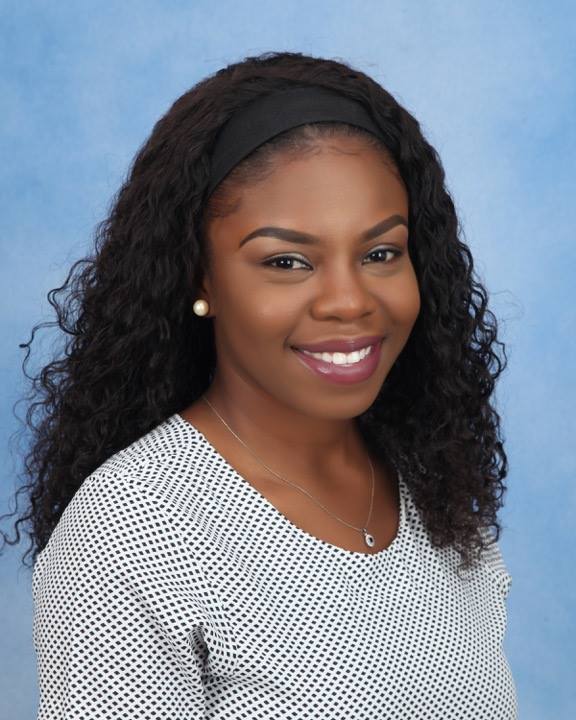 Shannon is employed to Nestle Jamaica as a part-time Senior Nutrition Advisor. She is also a Lieutenant in the Jamaica Combined Cadet Force. She will be pursuing a MSc. in Human Nutrition at the University of Aberdeen. 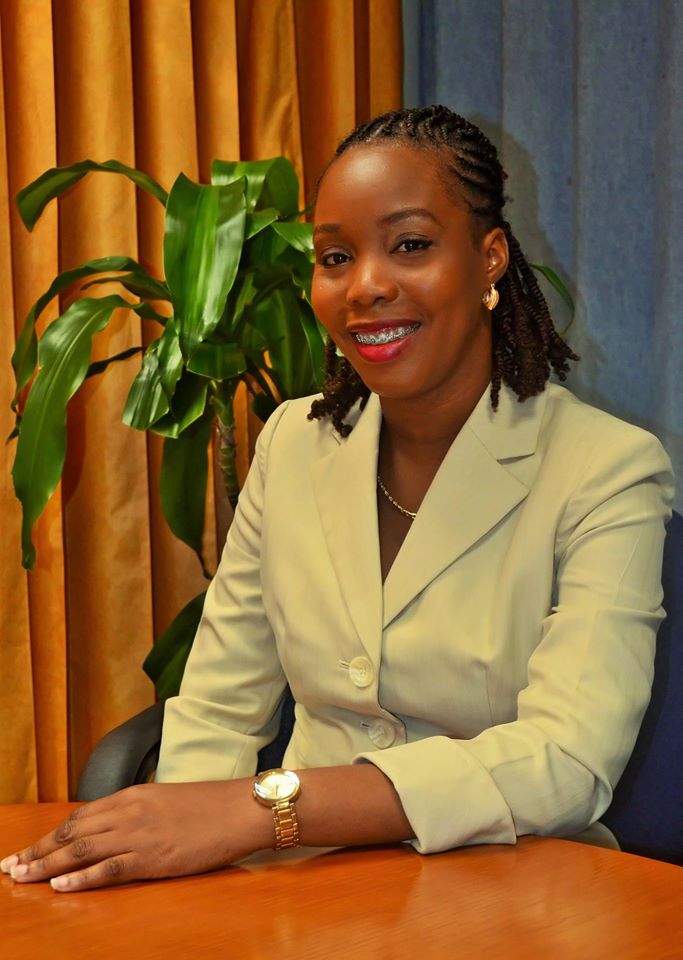 Sheriffa is an Acting Senior Bank examiner at the Bank of Jamaica. She will be pursuing a MSc. Economics and Finance the University of Bristol. She is keen on promoting financial literacy and financial inclusion as essentials to Jamaica’s economic health and development. She is also a passionate youth advocate who enjoys mentorship and outreach activities 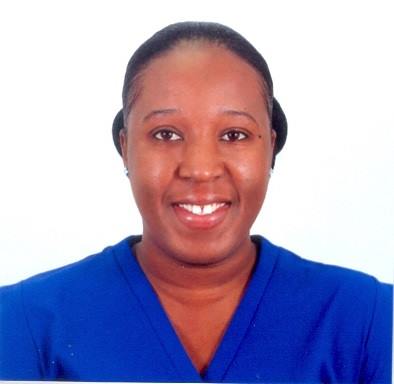 Theresa has been an active member of the Jamaica Constabulary Force (JCF) for fourteen years. She is assigned to the National Intelligence Bureau (NIB) where she has been a Crime and Intelligence Analyst for over ten years. She will be pursuing a Master of Arts Degree in International Relations (Security) at the University of Birmingham. She holds a Bachelor of Science Degree in Management Studies from the Northern Caribbean University. She is passionate about having a positive impact on the Law Enforcement efforts in Jamaica.

The British High Commission in Jamaica announced that 23 Jamaicans were awarded scholarships to study in the United Kingdom. The 2016-2017 Chevening scholarships were given to Andrei Bennett, Nicolette Bryan, Courtney Laidlaw, Kahmile Reid, Kethania Griffiths, Theresa Wright, Kerri-Ann Henry, Monique Rose, Marlon James, Kerry-Ann Heavens, Kimberly Sherlock, Major Brandon Chambers, Dwayne Tucker, Alecia Darby, Andre Coore, Shamoy Hajare, Kemesha Kelly, Kemar Richards, Shannon Grant , Phillip Cross, Rainee Oliphant, Monique Long , and Sherriffa Monroe, all of whom are from Jamaica. Also receiving the scholarship was Dr Sean Knowles of the Bahamas. These individuals were chosen for their leadership, academic achievement, and passion for helping their nation’s development. The Chevening Scholarships honor individuals who have demonstrated leadership potential and who have strong academic performance as well. The 2016-2017 scholars selected will receive financial support to pursue their studies at the Master’s Degree level at any university in the UK and have the chance to be part of an important and influential global network comprising 48,000 alumni around the world. The Chevening Secretariat will accept applications for the 2017-2018 Chevening Scholarships and some Chevening Fellowships at www.chevening.org/apply until November 8, 2016.