7 Best Things to Eat on a Visit to Trinidad and Tobago - Jamaicans.com 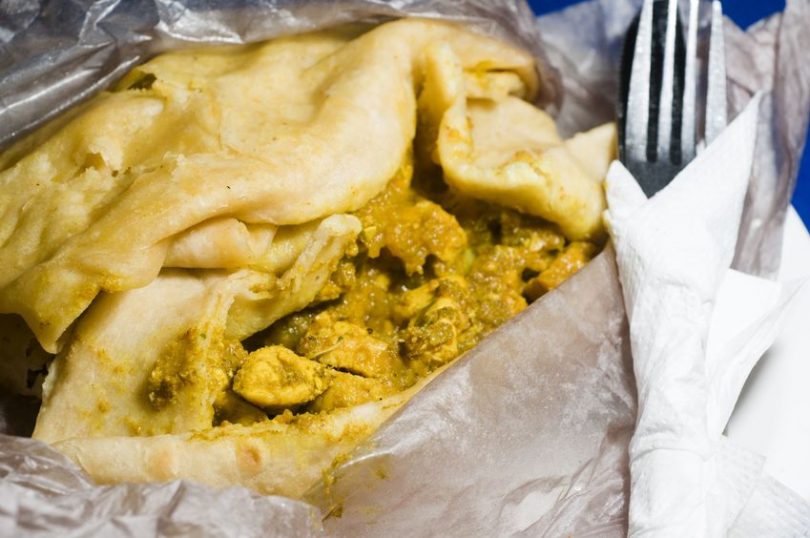 The two-island nation of Trinidad and Tobago offers visitors a chance to sample the unique foods reflecting a fusion of diverse cultures. During its history, the country has been impacted by West African, East India, Chinese, and Portuguese peoples. Its street food has been called some of the tastiest in the Caribbean, and visitors can find a wide variety of dining venues to satisfy their hunger. These include roadside vendors, beach bars, and Creole restaurants throughout the country. Parking of “stand-up” meals, such as the hand-held “Doubles” and the flavorful “Pholourie,” provide an authentic experience of the island’s culture. 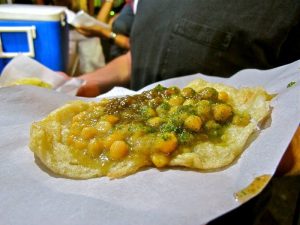 Doubles, also called “channa batura,” is the most famous of the nation’s street foods. It is traditionally consumed at breakfast, but it can be found throughout the day at various food stands. It consists of two “bara,” or fried flatbreads, filled with “channa,”  or curried chickpeas, and then flavored with “shado beni,” a native West Indian herb. Doubles come with tamarind sauce and various chutneys, including coconut or mango. An inexpensive meal that can be found almost anywhere on the island. 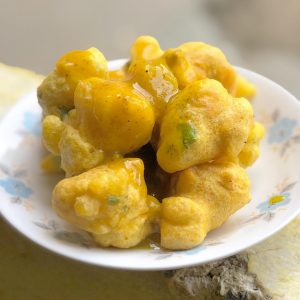 Pholourie are fried pieces of dough surrounding a spicy filling. Similar to the “pakoa” or India, these are savory treats that can be eaten alone, but they typically serve as a vehicle for sauces or chutneys. They are nearly as famous as doubles and can be found in many locations in Trinidad and Tobago. 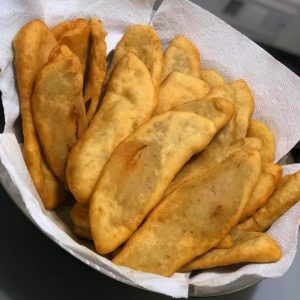 Aloo Pie is the Trinidadian take on the Indian samosa. It consists of an elongated and fried pocket that is filled with a mixture of mashed potato, onions, garlic, masala, and other spices. It is usually served with a sweet tamarind sauce. 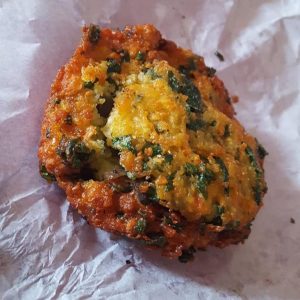 Saheena is another island favorite that consists of dough mixed with spinach and the fried over high heat. These are usually found, along with aloo pie, wherever doubles are sold. The saheena served at the open-air weekend market called the San Antonio Greenmarket are highly recommended by those “in the know.” 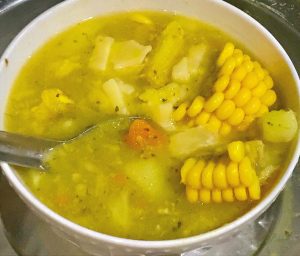 Corn Soup offers a savory mix of corn, channa, pumpkin, dumplings, and whatever other ingredients the cook has at hand. It is a filling soup often served at street stands following popular events like football games or during Carnival. 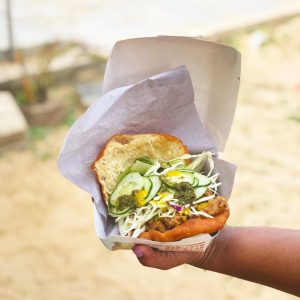 Bake and Shark by chefro1990

Bake and Shark has been called the best fish taco in the world. As sharks are increasingly endangered as a species by overfishing in Trinidad, the dish is often made with shrimp as a worthy substitute. The dish consists of bread that has been lightly fried and then filled with chunks of breaded and fried fish. The key to a spectacular “bake and shark” lies in the condiments added by the diner. These may include toppings such as lettuce, tomatoes, coleslaw, hot sauce, shado beni chutney, tamarind, and various dressings. 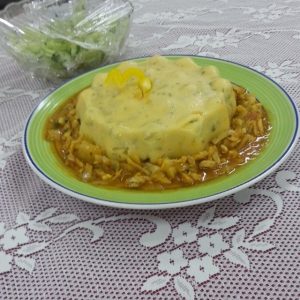 Cou-Cou and Callaloo is a dish that originated during the African slave days. Made with cornmeal, okra, coconut milk, and butter. The ingredients are boiled and stirred until the mixture is firm enough to be sliced in a way similar to polenta. Unlike polenta, however, this dish has a firmer texture. Cou-cou is served with callaloo, another food of African origin. It has a soup-like consistency and is made from dasheen leaves, coconut milk, okra, pumpkin and on occasion salted meat or crab. The combination is a traditional Sunday meal on the island.