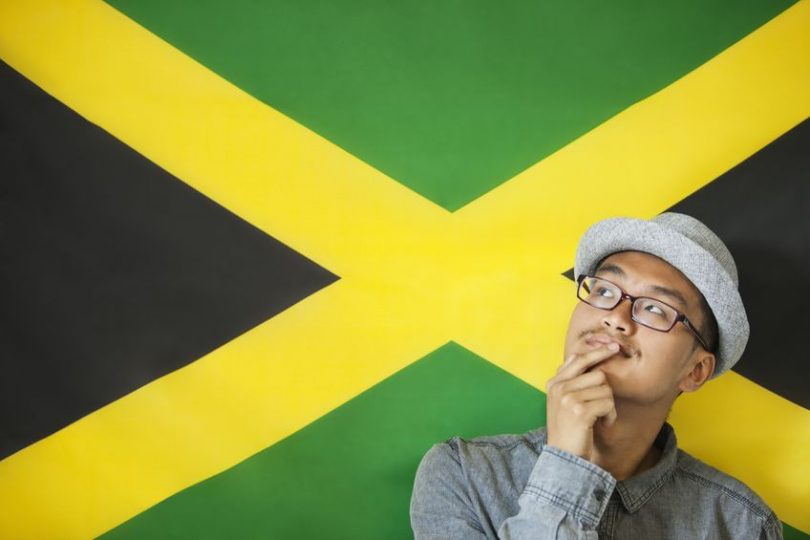 The Chinese have a long history in Jamaica and the greatest influence on the island’s culture of any people from Asia. The Chinese first arrived in Jamaica on July 30, 1854. By 1932, some six thousand Chinese people had emigrated to the island. The Jamaican government closed off immigration from China in 1931 due to high unemployment rates resulting from economic pressures during the Depression era. Only children under the age of 14 were allowed in the country on student visas. Restrictions on Chinese immigrants became even more stringent in 1940, and Jamaican-born Chinese were required to provide proof of their birth to remain. Most Chinese immigrants were farmers, but few actually farmed upon arriving in Jamaica. When World War II limited foreign trade, some Chinese began to grow rice, but abandoned the fields after the end of the war due to the availability of cheaper rice that again became available through imports.

Beginning in the 19th century, Chinese immigrants, many of whom came to Jamaica as indentured servants, showed a significant degree of entrepreneurship. These individuals left the plantations and opened grocery stores known as “Chinese shops” everywhere across the island. These allowed individuals in poorer neighborhoods to buy their everyday food necessities in their own neighborhoods. The grocery and variety stores established by the Chinese offer products at reasonable prices and also offered flexible payment options.

Anti-Chinese movements made their appearance at various points in Jamaica’s history, imposing restrictions on Chinese communities and even leading to violence, but the Chinese and Jamaicans ultimately adapted to one another and found sufficient similarities in their cultures and values to merge them together and display a concrete example of Jamaica’s motto: Out of Many, One People. Some of the contributions of the Chinese to Jamaica’s culture are listed below.

1. Food – The Chinese have provided singular influences on the cuisine of Jamaica. A unique illustration of this influence is Suey Mein or Sui Mein, a dish created by the Chinese community in Jamaica. Featuring a broth enhanced by noodles, shrimp, vegetables and Cantonese-style roast pork, the dish provides a complete meal that requires diners to use both a spoon and a fork. It is typically topped with a hot sauce made of scotch bonnet peppers and mushroom soy sauce

2. Entrepreneurship – Most of the grocery stores in Jamaica are owned by Chinese people, who followed their entrepreneurial talents early one. Their business and commercial innovations made major contributions to the nation’s economic development of the impact of Chinese Jamaicans on the business world considerable, with families and individuals controlling major restaurant, bakery and supermarket chains, including Island Grille, Purity and SuperPlus, and banks like NCB.

3. Games of Chance – The Chinese brought their tradition of gambling with them and introduced games like “Whe Whe” and “Rakka Piu”, also known as “Chinapoo” to the island. The game of chance tradition was assimilated by Jamaicans who play modern games like “Cash Pot” and “Lucky Five.”

4. Celebration – The Chinese custom of setting off fireworks in celebration of special occasions was readily adopted by Jamaicans, who especially favor the activity at Christmas. The traditional Chinese lion and dragon dances have been incorporated into Jamaica’s yearly National Festival in a notable display of cultural adaptation and integration.

VIDEO: A Jamaican of Chinese Heritage Visits China The Home of Her Ancestors

5. Preservation of Cultural Values – The Chinese have been praised for their industry and for the focus they bring to their work, emphasizing education and extended family relationships in the raising of their children. Their focus on the values of family preservation and education helped Jamaica, whose African-influenced culture already held these elements in great esteem, to retain a strong family-centered society.

6. Music Industry – Chinese Jamaicans have impacted the evolution of the reggae genre from the 1960s, Vincent “Randy” Chin, along with his wife Patricia, through their label VP Records was instrumental in launching the careers of artists like Beenie Man and Sean Paul. Many Chinese Jamaican musicians receive named credits on numerous reggae albums. A significant contribution by early Chinese record producers is illustrated by Leslie Kong’s Beverley’s label, which released the debut recordings of Bob Marley, Jimmy Cliff and John Holt, Continuing to give Jamaicans a source of pride, Tessanne Chin, who is of Jamaican Chinese heritage, was named the winner of Season 5 of “The Voice” talent competition in the United States in 2013. 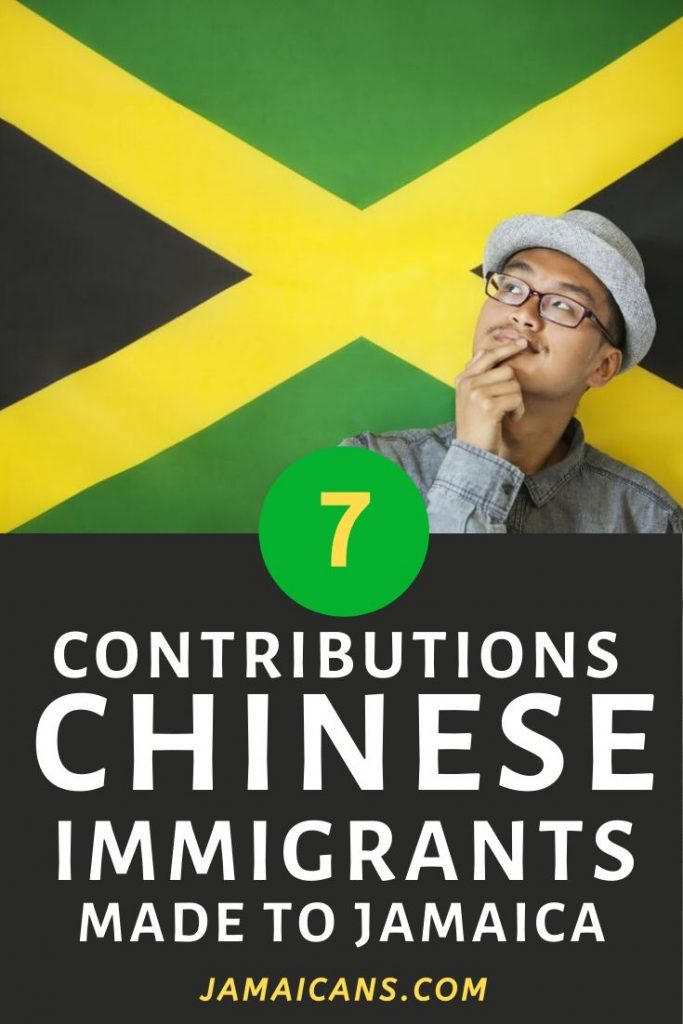