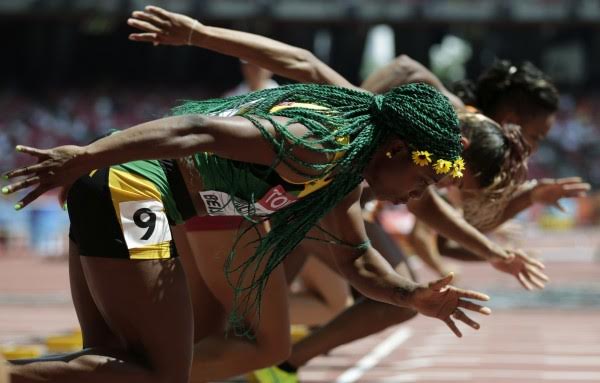 The American Friends of Jamaica, Inc. (AFJ) is pleased to announce the launch of an online fundraising campaign in collaboration with the Pocket Rocket Foundation (PRF).  The two week campaign begins on Monday, July 11, 2016 using the hashtag #ShellyAnnGivesBack.  With a target of U$25K, the objective of the campaign is to optimize donations from friends of the AFJ, supporters of the PRF and persons with a charitable heart for programs in education.

Shelly-Ann Fraser-Pryce ascended to prominence at the 2008 Olympic Games, when she became the first Caribbean woman to win 100m gold at the Olympics. In 2012, she successfully defended her 100m title, becoming the third woman to win two consecutive 100m events at the Olympics.

The PRF was founded by Shelly-Ann Fraser-Pryce to create lasting change in the lives of student athletes and children in children’s homes across Jamaica by providing academic scholarships and other assistance. The Foundation is a nonprofit entity that operates exclusively for charitable purposes and is governed by an independent Board of Directors led by Shelly-Ann Fraser-Pryce.  Through donations and fundraisings, the foundation provides scholarships to high school students who represent their school in any sporting discipline.  Scholarships cover tuition, books, lunch and travel.  The Foundation currently funds 14 student athletes and is now accepting applications for the 2016 cycle through July 31st.

“The PRF’s mission to address issues in education and help elevate underserved youth is a great fit for the AFJ.  PRF was selected as the beneficiary of this campaign because of its commitment to make tangible impact while carrying the torch for a greater life purpose” said AFJ Executive Director, Caron Chung.  “Shelly-Ann Fraser-Pryce cares about what the AFJ cares about … enriching the lives of the youth in Jamaica”.