Art Exhibition - Walk Good: From Africa to Jamaica, Visions of the Motherland - Jamaicans.com 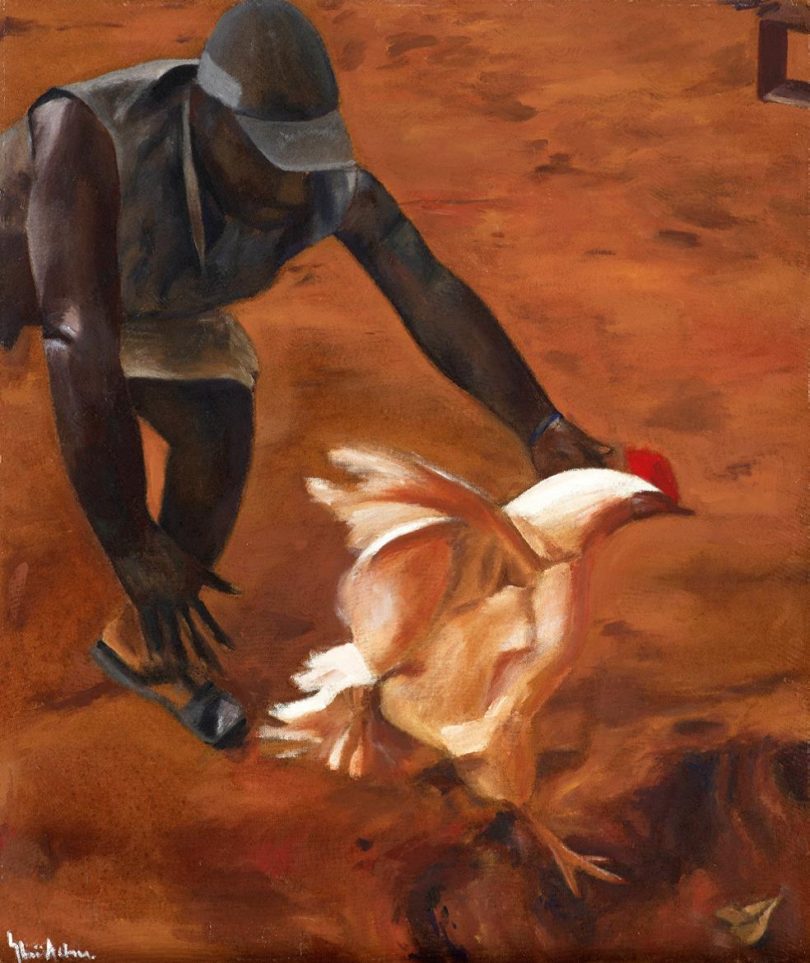 Come home to a place you’ve never been on Friday the 25th of August. Please join us for 38InPrint, an art exhibition by international Cameroonian artist Shiri Achu. The 38 piece collection of Limited Edition Prints will be on display until the 8th of September at the University of the West Indies, Vice Chancellor building, in Kingston Jamaica. The fourth of the InPrint series will run for two weeks with viewings Monday – Saturday from 9 am – 6:00 pm. Shiri’s Limited Edition Prints have been exhibited far and wide, in places such as Australia, London, America and Barcelona, to name a few. The exhibition will also feature standalone Adinkra Symbol workshops, where participants will be guided in creating their own personal pieces of the Motherland with the help of the artist and African fabrics and paints.

With a depth of brightness and attention to tone and hue that lay in the grooves of her dream like brushwork, Shiri Achu’s paintings invoke the feeling of memory eschewing ideas of past or present. Her work showcases the simplicity of everyday life throughout the continent of Africa. She traces the paths of current day Africa for herself as well as for those in the Diaspora. A Nomad like many of African descent, Shiri understands the complexity of concepts such as home, culture and identity for those outside of their homeland. Her art is as much for Africans as it is about them, no matter where around the world they may lay their heads.

When her work was chosen as D.C.’s Artomatic top 10 in 2016, art critic Lennox Campello said of her work “Powerful African Art in a marriage of contemporary skills with strong African imagery”. Her original painting, Midnight Tradition is also being raffled off to aid in the completion of the schoolhouse project. The painting has been valued at $10,000 USD and was selected as a Finalist for the Clifton’s Art Prize 2012, in Adelaide/Australia. Proceeds will go to the ^Raise the Roof^ Campaign, which seeks to build a roof for a school house in Cameroon.

With this 38InPrint exhibition, Shiri reaches into the diaspora to create a dialogue with her Jamaican cousins, the fruits of her taken ancestors. She wants to bring them home and leave each and every visitor with a piece of Africa to carry in their hearts. A sentiment made even more powerful by the looming celebrations that underscore Jamaica’s 55th year as a black nation.

Her art allows, we as a people to gain insight and perspective on our own struggles as a collective. Each piece allows us to walk in the paths of our ancestors both past and present, seeing ourselves every step of the way. Born in Cameroon and educated in Architecture in London, Shiri has been an artist in some form her whole life. She currently resides in Washinton D.C.