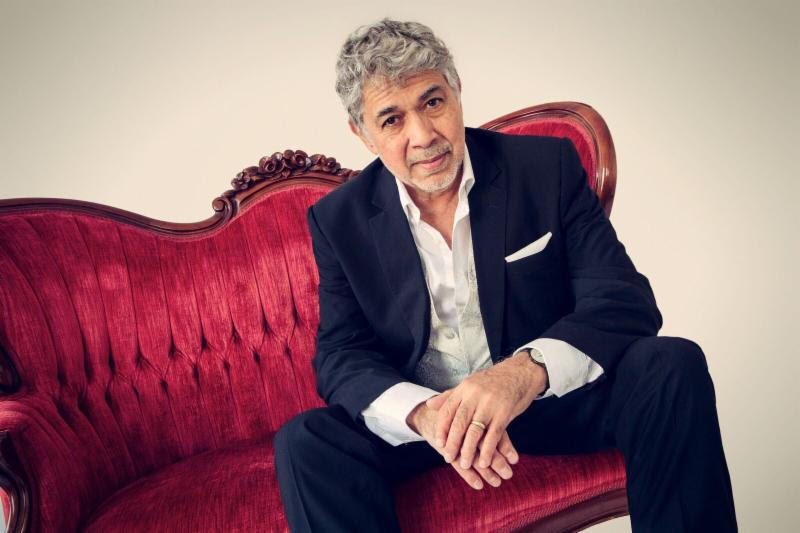 Alexander, fresh from playing sold out concerts in Europe and Africa, will make a rare West Coast appearance with his band, the Harlem Kingston Express, at the celebrated Festival on Friday, June 8th. Show time is 8 p.m. at the Herbst Theater, 401 Van Ness Ave, San Francisco, CA. Tickets are US$30, $50 and $70 and can be obtained here.

The San Francisco Jazz Festival made its debut in 1983 and is today an annual three-week celebration of some of the best jazz music anywhere, with over 30 concerts held over the three-week event.

“I am glad to have been invited to participate in the San Francisco Jazz Festival,” said Alexander. “It means a great deal to me to be able to come to the great city with my Harlem Kingston Express; a place where I first played in the late 1969 at such joints like El Matador, The Keystone Corner and at the Monterey jazz festival and where I remember my co-players being SF native, drummer Dick Berk and bassist John Heard following Roberta Flack and preceding Miles Davis. We kinda rocked the joint! I also came to SF on several occasions to make records for Concord Records, so returning brings back a ton of only good memories!”

But, added Alexander, “Now is the time, and these days it is my thrill and joy and privilege and objective – in addition to sharing music – to bring upliftment and One Love to our audiences. Hope the good folks will come and experience the incredible artistry of each of my brother musicians. As might be said on a Jamaican street corner: ‘Dem Bad No Rahtid!'”

Fans who are unable to get tickets for the Festival can also catch the Grammy nominated musician in Hollywood at Catalina Bar & Grill Jazz Club at 6725 Sunset Blvd, Los Angeles, CA on Friday, June 9th and Saturday, June 10th at 8:30 p.m. nightly. Tickets are $30 per person and can be obtained here or by logging on directly to catalinajazzclub.com/.

Catalina’s supper club is a Hollywood institution known for presenting some of the best jazz talents to its top clientele and Alexander and his Harlem Kingston Express are without a doubt, no exception.

The jazz legend is a Jamaican and American classic who continues to tour the world relentlessly. In Paris, France, recently, he thrilled 2,400 jazz fans at the Paris Philarmonie while in Zurich, Switzerland, his music was well received by the 1,500 who gathered at the Zurich Tonhalle. And in London, the master pianist played six sold out concerts at Ronnie Scott’s jazz club while also taking time out from his hectic performance schedule to make a first appearance at the 20th edition of the Saint Louis Jazz Festival in Senegal, Africa. The event is where artists share the roots of African music with musicians from all over the world.

Alexander’s roots in the Caribbean island of Jamaica, the birthplace of reggae, allows him to offer his global audience a spirited fusion of jazz and Jamaican musical expression unlike few contemporary jazz musicians of today.

His is the spirited conception of a melody distinctly his own, that draws in even the squarest “civilian” and takes them on a music journey of blues, gospel and bebop, calypso and reggae.

As the jazz great tells it: “For the most part, when I play music, I smell it and see colors. Every song has its own personality, its own soul, and if I can’t feel it, I can’t play it with feeling. I don’t understand what it is that makes me different, but I feel I have very little in common with anybody else. I seem to be my own strange character. If I’m right in my motivations and attitude, amazing things happen.”

In August 2000, the Jamaican government designated Alexander Commander In The Order Of Distinction for his outstanding service to his homeland as a worldwide music ambassador.

For more on Monty Alexander and his music visit him on YouTube or at montyalexander.com. You can also like him on Facebook at facebook.com/officialmontyalexander or keep up to date on his performance on Twitter at @montyHKE.