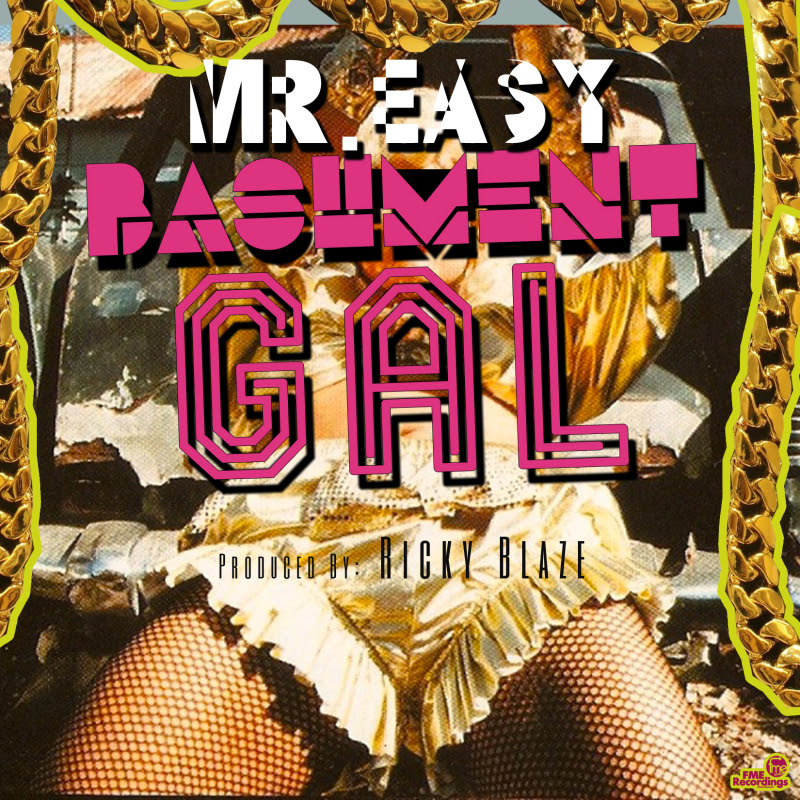 By many accounts, the 90’s was deemed one of dancehall favorite eras, from that cherished musical time comes a slew of talented artists who remain at the top of the game such as the legendary dancehall and reggae star Mr.Easy.

Just in time for the summer season, mutli talented singer, songwriter and billboard charting producer Ricky Blaze who has worked with some of the biggest names in Dancehall, Reggae and Hip Hop such as Vybz Kartel, Gyptian, Jim Jones, Major Lazer, Nicki Minaj and many more notable acts has given us “Bashment Gal” performed by the international artist.

The hit bound “Bashment Gal” evokes all that dancehall represents, an easy smooth vibe merged with Mr. Easy’s smooth melodious voice and flow. A contender for summer 2015 anthem, “Bashment Gal”  will be available on iTunes via FME Recordings.

Mr Easy is a man over-flowing with music and melodies that deal with the more harmonious aspects of life and living. He was born in the verdant, undulating hills of the Cockpit Country. The transition at the age of ten, for this country boy, to the cold, gray streets of New York City was not an easy rite of passage.

Mr. Easy, who was named for his laid back andeasy demeanor faced an awkward transition to New York being Jamaican born, yet of African heritage, something which always seems to create a dilemma of the soul. However, it wasn’t long before he settled into this new lifestyle and started helping “Sir Noel” set up his sound system. Easy joined the crew of DJ’s and experimented with some of the lyrics that he had been writing since he first went to high school. He soon began performing at places like the Starlight Ballroom and singing songs made popular by Dennis Brown. After an introduction to a record producer, Barry, he hit the studios to record a cover version of the Isley Brother’s hit “Caravan Of Love”.

Mr. Easy played and studied hard in the Big Apple, thereby gaining a wealth of experiences in a relatively short space of time. He cites Marvin Gaye, Donny Hathaway, Gladys Knight as well as Erik B and Rakim among his major musical influences. As a youth his dream was to conquer the crowd at New York City’s famous Apollo Theatre while nearly every solo singer that ventured onto that stage was booed off. Mr. Easy was more than successful. Easy recounts how Sidney Mills, the keyboard player from Steel Pulse, helped him to write “Just Be A Lady” and how he sang out for all he was worth. The crowd went wild, they didn’t boo they clapped and cheered. Easy received congratulations and encouragement from people like Patti LaBelle and Quincy Jones. The result of this early success was a record deal with Motown Records and the release of Mr. Easy’s first album.

Extensive touring of the United States, Japan and the Caribbean followed with fellow Jamaican artists such as; Beres Hammond, Shinehead, Red Fox and Shaggy. It was while he was working on his never to be released second album for Warner Brothers with Mickey Bennett that he met Dave Kelly and a long-term alliance was formed. At that time there seemed to be a need to win over a homeland audience that is like none other in the world. For a Jamaican, you could have conquered the globe, but if you’ve never had a major hit in the homeland – you just haven’t truly made it.