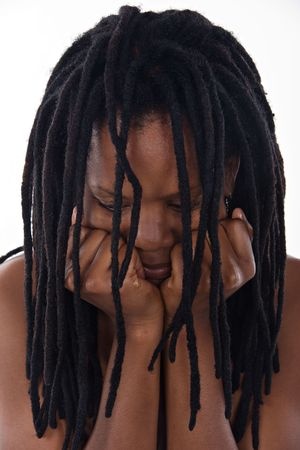 I agree that there are some poorly groomed people with dreadlocks and some loud, combative Jamaicans who are a bad representation of our culture. But by no means do these small groups represent all or even most Jamaicans. I happen to be both dreadlocked and Jamaican, and I consider myself fabulous company for anyone from any culture. Yet walking through airports over the years I’ve been checked again and again, while Caucasians on the same flight circuit walked through without incident. Being black with dreadlocks and, at the time, a Jamaican passport made me a target of discrimination and it was an awful feeling.

So I felt awful when for a moment I shamefully found myself agreeing with Trump, that maybe the United States should restrict Muslim access to the country. In my mind, this wasn’t comparable to the matter of a small spliff of ganja or loud dancehall music, it was a matter of preserving life from people who have no regard for it.

But as good judgement prevailed, I realized that could never justify casting a blanket of persecution over every person of Muslim faith. Experts say that many extremist plots are foiled because of the relationship that the authorities have built with Muslims who love America and call this land “home”. Those people need to be protected from Muslim extremists themselves, and now also from a growing number of fear-mongers like Donald Trump.

Why should we discriminate against Muslims en masse, but make excuses of mental instability for young white mass murderers like the Columbine and Sandy Hook killers?

While our fears of terrorism are well founded, my memories of being targeted because I looked like the TSA’s version of a suspicious character gives me first hand knowledge of how very wrong blanket discrimination is.

The actions of the radical Islamic minority are breeding fear toward the innocent majority. I’m ashamed that I could consider agreeing with Trump even for a moment. But the fact that the thought even occurred to me now inspires the question – how do we fight a deadly enemy that looks identical to our friends?