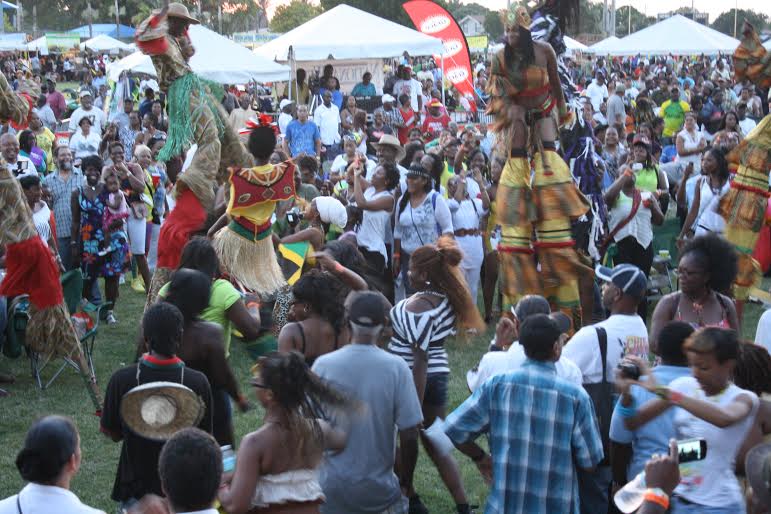 This year marks the 22nd year of Unifest in Broward County!The Caribbean multi-cultural festival have evolved over the years to include a ‘Teen Sensation Competition’ now in its 3rd year, whereby local teens 14 to 19 year gets the opportunity to showcase their vocal talent!  One such talent is Shaylah Fearing who won the competition in 2014 and is now a part of the cast of the popular TV program ‘The Voice’.

Unifest is the official kick-off to the National Caribbean American Heritage Month Celebration in June and will also celebrate the 50th anniversary of independence of Barbados and Guyana with the Consul Generals tent. “Unifest brings together the community unique Caribbean cultural heritage consisting of a blend of different cultural influences,” says State Representative Hazelle Rogers, founding member.

Celebrating 22 years of bridging cultures… Unifest will be held on Sunday May 15th from 11am – 11pm at the Vincent Torres Memorial Park in Lauderdale Lakes. The event includes the annual health and business expo, cultural exposition with a carnival touch, battle of local school and church marching bands featuring a visiting marching band from Jamaica, the annual Caribbean Heritage month scholarship essay competition  sponsored by  the Florida Lottery, kid’s zone featuring, rides, storytelling and book reading ,cultural display of artifacts and paintings, dominoes and netball.Food vendors cooking up delicious Caribbean delicacies as Lauderdale Lakes comes alive with the presentation of countries and carnival style parade, Stilt Dancersas you experience the Caribbean in Lauderdale Lakes without leaving Florida.