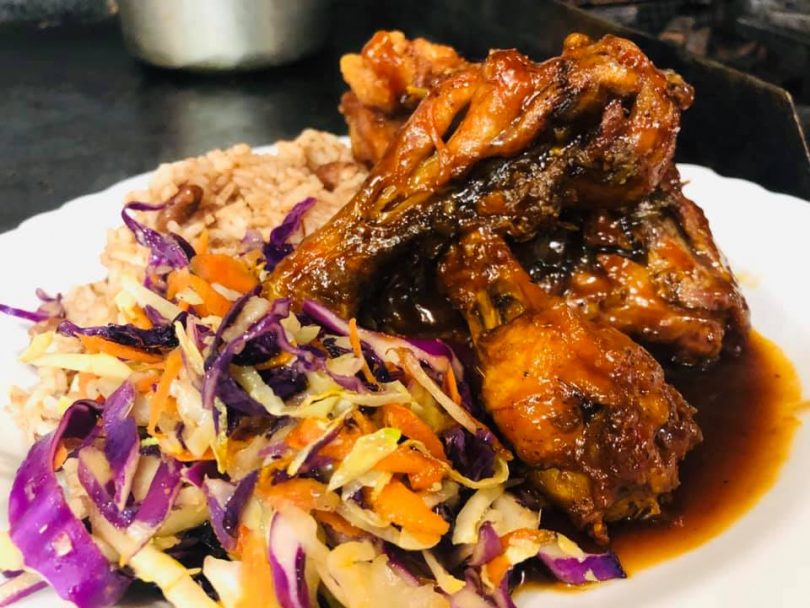 The Pink Salt restaurant in Jacksonville, Florida, provides area diners with just what they need when craving a taste of the islands. Richard Robinson, the owner and chef, specializes in making tasty Jamaican dishes, each one prepared to order with fresh ingredients and seasoned with pink salt. According to Chef Richard, pink salt, which comes from the Himalayas, is healthier than regular table salt. Pink salt imparts a different flavor to foods when used in cooking, and it is lower in sodium, so it is better for people who need to watch their sodium intake, he said.

Robinson began his culinary career by catering for his friends and family, then moved on to culinary school at Johnson and Wales University, but the real motivating force in his desire to please diners came from his mother, who had owned a restaurant in Jamaica. When Robinson was growing up, he watched her cooking in the kitchen and vied to be the first to lick the pans, he remembered.

The menu at the Pink Salt restaurant includes marinated oxtail with rice and peas, served with sautéed cabbage, that offers a blast of flavor. Upon receiving the oxtails from his supplier, Robinson cuts and trims them, then marinates them in his own in-house-made Jamaican jerk sauce, which he calls “jerk from the heart.” The menu also includes vegan dishes such as polenta, which Robinson describes as “refined grits” with perfect seasonings. The dish involves eggplants with polenta added to them in a “delicate process” that requires adding the polenta while continuously stirring the mixture to avoid clumping. “You don’t want lumpy polenta,” Robinson warns.

In addition, The Pink Salt offers classic southern soul foods like shrimp and grits, a dish for which Robinson uses local fresh Mayport shrimp. The secret to the dish’s appeal, however, is its sauce, which is made in-house using a tomato base and sausage that uses the restaurant’s jerk sauce as a seasoning.

Pink Salt is located at 6082 St. Augustine Road in Jacksonville, Florida, and is open for breakfast and lunch Monday through Saturday.