Do These 3 Quotes Prove That Carl Lewis Is Jealous of Usain Bolt? - Jamaicans.com 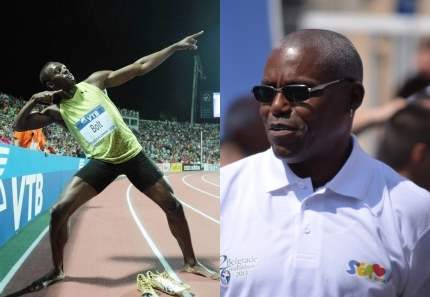 In 1980’s Carl Lewis was the world’s fastest sprinter. Today many say Usain Bolt is the fastest sprinter EVER. This seems to have rubbed Carl Lewis the wrong way over the past few years. It seems he looks for every public opportunity to take “shots” at  Usain Bolt. Is he jealous of Usain Bolt?  Here are 3 quotes and a video interview from Carl Lewis that seem to make that case. What do you think?

1.  In September 2008 after Usain Bolt’s record breaking performance in the Beijing Olympics, Lewis told Sports Illustrated: “Countries like Jamaica do not have a random program, so they can go months without being tested. I’m not saying anyone is on anything, but everyone needs to be on a level playing field.”

2. In May 2014  in an Interview with NDTV Sport  Carl Lewis said this “We are very different in a lot of ways. First of all, I was a long jumper, though our events seem to be similar. Long jump was always my first event, and 100m and 200m were my second and third events. Secondly, a lot of the stuff he does, there’s no way an American could do that. If an American went about saying “I’m a legend”, they’d be crucified. This is a different era where you can get away with a lot of stuff about yourself. It’s something we could’ve never done.”

3. In May  2015  in an interview with reporters at the Times of India Sports Awards Carl Lewis  said this:  “He (Bolt) has raised a legitimate issue and I understand that but rules are rules. But see a Jamaican is talking about it. Lots of doping issues have come out in Jamaican athletics in the last 4-5 years. He should first think of cleaning up his own house,”