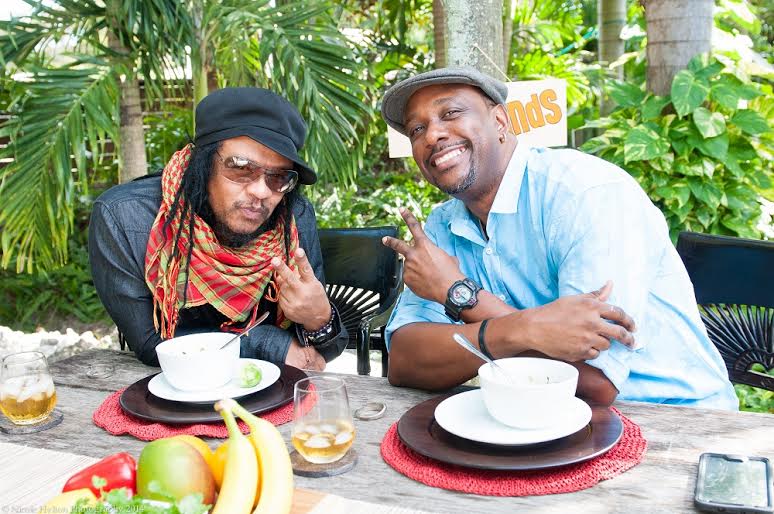 As of next Monday, June 29, “Taste the Islands” – the first Caribbean cooking show on national public television, will be available in over 84% of US television households. That translates to over 240 million potential viewers. This history making production has become an outstanding means of introducing Caribbean culture into every day American life.

“I just finished watching an episode of your show on our Public TV station up here in Minnesota,(June, 11th) I loved it. I felt at home watching your program. I wished I was there with Chef and his friends as they enjoyed the spicy fish dish with Star fruit. Everyone seemed to have a grand time… I wish you all the luck in the world. Please continue to bring your great food to people like my family in Minnesota…”
Thom & Denise Rigger
Coon Rapids, Minnesota

Bringing an appropriately festive close to Caribbean American Heritage Month 2015, “Taste the Islands with Chef Irie”, the first Caribbean cooking series to be picked up by public television stations across the United States, will begin broadcast as part of Create® TV’s summer lineup. The pickup by 229 Create® TV stations translates to almost 80% of US television households. The vibrant new series will premiere on June 29 and air Mondays and Thursdays at 8:30AM and 2:30PM (EST). Viewers can find out where to watch locally at www.createtv.com.

“It was less than four weeks after we started rolling out in major public television markets across the US that we got the news”, Calibe Thompson, Executive Producer / Director of the Blondie Ras Productions series, said. “Being the first Jamaican production team and the first Caribbean cooking series to achieve this reach on public television has been surreal for all of us”. Thompson and her team are currently gearing up for production of the show’s second season.

Christopher Funkhouser, Vice President of Exchange Programming and Multicast Services at APT confirmed, “Cooking is one of the most popular genres on public television and we expect audiences will respond enthusiastically to the new series.”

Hugh “Chef Irie” Sinclair is a professional chef with a palpable love of creating delicious food. In each episode of “Taste the Islands”, he creates mouthwatering fare inspired by his Jamaican upbringing, the wider Caribbean, and his travels around the world.

Each episode presents an opportunity to learn about food from the native islands of Chef Irie and his celebrity guests including Inner Circle of “Bad Boys” fame, British reggae fusion singer Maxi Priest, who topped US charts with hits like “I Just Wanna Be Close to You” and “Set the Night to Music” in the 1990s, Trinidadian Olympic sprinter turned NBC sports analyst Ato Boldon and St Vincent’s “Turn Me On” hit-maker Kevin Lyttle.

“Taste the Islands”, supported primarily by Jamaica – Home of All Right, continues to roll out on independently operated public television stations across the country as well. Fans of Caribbean cuisine can discover recipes, get cooking tips, view behind the scenes images and more on the show’s website, www.tastetheislandstv.com.