Daddy U Roy For First NYC Performance In Over 25 Years - Jamaicans.com 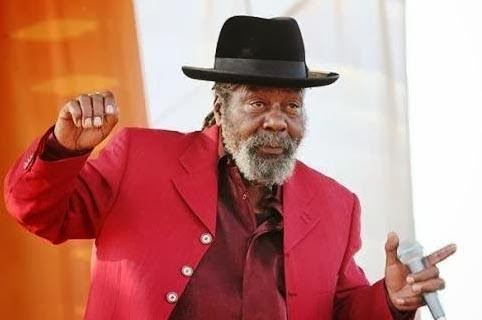 Jamaican music pioneer Daddy U Roy, who ruled the charts in the 70s with hit singles, ‘Penny For Your Song’ (with Derrick Harriott); ‘Stop that Train;’ ‘Dread in a Babylon;’ ‘Wake The Town;’ ‘Rule The Nation’ and ‘Wear You To The Ball’ (with John Holt) is set to perform In Queens on Sunday, June 25.

‘The Originator, as he is known, has earned an invitation to perform at New York’s Groovin In The Park at Roy Wilkins Park where he will join reggae/rocksteady hitmaker Freddie McGregor, chart topper Ken Boothe and music magician Leroy Sibbles. All four acts will form part of a special package that celebrates the magic of the Rocksteady/reggae era. It is his first outdoor concert performance in New York City in more than 25 years and he is over the moon.

“This performance is a big, big thing! The last time I performed outdoor in New York was with Toots in Central Park in the 80s” he recalled.

“I have heard about Groovin but this is the first time I am being invited to perform. Its an honor and I will do my best to please everyone” he affirmed.

Roy is a major superstar in Europe and Africa when he performs regularly. A few years ago he had a minor hit stateside with singer Richie Stephens called ‘Real Reggae Music’ and ‘Ebony Eyes’ featuring Winsome Benjamin. A follow up single ‘Nah Complain’ with entertainer Kafinal topped reggae charts in Canada and New York. Earlier this year he recorded ‘Pumps & Pride’ with singer Tarrus Riley that is getting traction on numerous stations in the Diaspora. His biggest hit is still his collaborative song ‘Wear You To The Ball’ that was released with John Holt in the early 70s. It reached #1 on the Jamaican chart and stayed there for 12 weeks.

“‘Wear You To The Ball’ is my biggest song. It is requested by fans everywhere I perform. They love it!” he disclosed.

When asked which other artiste he would consider recording with, the ‘Wake The Town’ singer said emphatically, “I would love to do a collaboration with Mariah Carey. She has a musical range that only Minnie Riperton can match. She is a high grade singer. I also love Gladys Knight, Patti Labelle, Dianna Ross and Whitney Houston. These are some of the best singers of all time” he explained.