On this day in Jamaican History: The Ortanique Fruit - Jamaicans.com 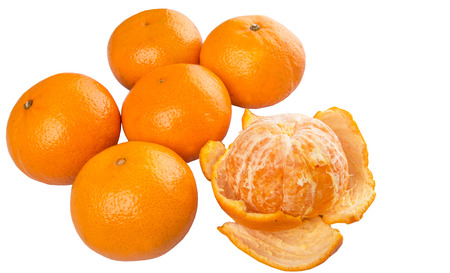 On March 1st, 1939. David Daniel Phillips of Manchester submitted a new variety of citrus to the Board of the Jamaica Agricultural Society called the Ortanique. Phillips originally called the fruit “tangelo,” and then named it an “ortanique” (ORange + TANgerine + unIQUE) as it represents a unique cross between an orange and a tangerine. In the 1890s, locals in Jamaica called the citrus fruit :prettie.” It was developed expressly for export during Phillips’ years of experimentation. Phillips also developed the “Ugli” plant and fruit.

In the early 1900s, D.D. Phillips became the chairman of the Parochial Board of Manchester, a role that was equivalent to the Mayor of the Parish Council today. He was a member of this board for 60 years and also served as Justice of the Peace and occasionally acted as Custos of Manchester.

Phillips exported the fruit to Panama, London, New Zealand and Australia. Until World War II, Phillips was the larger employer in Manchester’s agricultural sector. In addition to creating the ortanique, he started the Irish Potato Growers Association and was also involved with other agricultural products, including livestock, pimento, and coffee.

The fruit itself is relatively large with a thin, leathery rind. It has a glossy appearance and turns bright yellow-orange when ripe. It features ten to 12 segments of juicy, orange flesh with a rich and distinctive flavor. It matures in later mid-season and holds well on the tree.