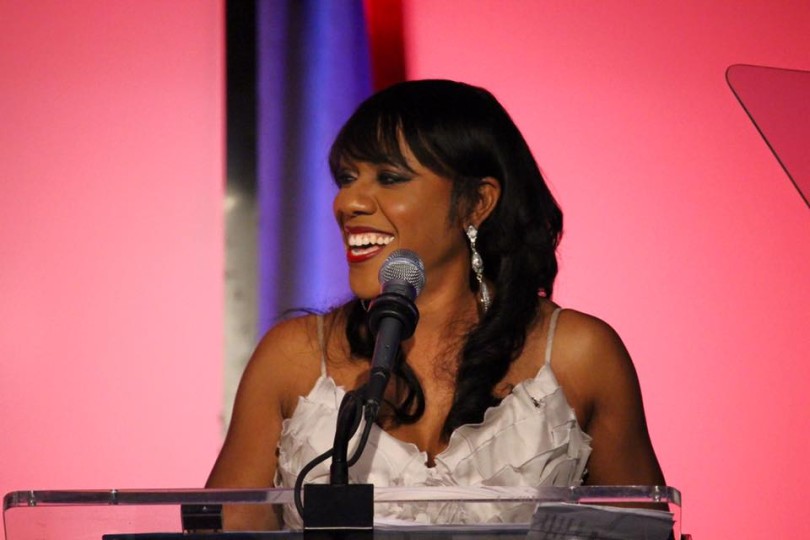 The name Dr. Celia D.A. Earle can be understood to be synonymous to service. From an early age, Dr. Earle has been committed to the task of service to others. On Saturday, August 15, 2015 it was no surprise when Dr. Earle was installed as the Florida Kiwanis District Governor; a well deserved feat. Her daily life is grounded in the words of Mother Theresa, “At the end of life, we will not be judged by how many diplomas we have received, how much money we have made, how many great things we have done. We will be judged by “I was hungry, and you gave me something to eat, I was naked and you clothed me. I was homeless, and you took me in.” Her motto “Passion for People, Passion for Service” represents her commitment to serve others, hence her active participation with Kiwanis International since 1998.

Having lived in Havendale and then in the Liguanea area of Kingston, Celia attended Meadowbrook Preparatory School, Mona Primary and Campion College. From childhood, her parents instilled in her and her two brothers the importance of helping others. On leaving Jamaica, Celia attended the University of Florida where she maintained her desire of service to others; she became the first female president of the Caribbean Students Association and was influential in changing the focus of the organization from social to service.
From early days, it became apparent that Dr. Earle was destined for greatness. She is not only involved in leadership and service from a professional level, but is also involved at the national and state levels. In her 23-year career, Dr. Celia Earle has worked at a global environmental engineering firm (MWH), a national firm (Malcolm Pirnie, Inc.), and is currently a Vice President with Brown and Caldwell, a national environmental engineering consulting firm.

Dialogue with Dr. Celia Earle
Leo: What does being the Governor of Kiwanis Florida District mean to you?  How did this come about?
Celia: It means that I can inspire others to make a positive difference, not only in the Florida District, which covers the State of Florida, Cayman Islands, and Turks and Caicos, but also in the world. My motto is “Passion for People! Passion for Service!” That’s what life is about, being able to give back and loving and serving others. I believe that we have been placed on this earth, not for self, but to help others. We are blessed to be a blessing!
The idea came about with Past Governors, Lt. Governors, and the former Florida District Executive Director seeing something in me that I didn’t see in myself. They believed in me enough to encourage and motivate me. I had absolutely no aspirations to be Governor even though I was repeatedly asked for numerous years (at least 8 years). As a full-time professional who literally works around the clock, I did not even entertain the idea of being Governor. After being told that I would make a good Governor because I had no hidden agenda and just wanted to do as much service as possible, really reflected who I am, so I decided to throw my hat into the ring in order to inspire others to do the same. I intend to move the Florida District into the next century with a renewed passion for why we are Kiwanians. What we do is priceless and must never be taken for granted.
Leo: Is charity/community your passion?  Why?  Where did this come from? Where was it born?
Celia: Yes, it is my passion for sure. This is based on my strong belief that this is why I am here on this earth; not for self, but to help others. This is my purpose and I do think that it is the purpose of people in general, but they just don’t know it. We are God’s hands and feet.
Leo: What are your aspirations? Where do you see yourself 10 years from now? What do you want the new beginning to translate into?
Celia: My aspiration is to become a better person on a daily basis. I have come a long way and there is always room for improvement, so that’s what I strive for. Ten years from now, I’ll still just be Celia, trying to make that positive difference in the world. I’ll still be working of course as I’ll be years away from retirement.
Leo: Where do your family/parents fall into all this?
I am from a loving, close-knit family and I give God thanks for that. We are each other’s biggest supporters and have each other’s backs at all times. We spend as much time as we can with each other because we are well aware that life is too short and we never know how much time we have with our loved ones. We are proud of each other’s accomplishments.
Leo: What are your parting words for children and parents of the world?
Celia:  Be the best you that you can be! Be kinder and gentler to one another! Go forth with a “Passion for People and a Passion for Service!” Let’s do it!