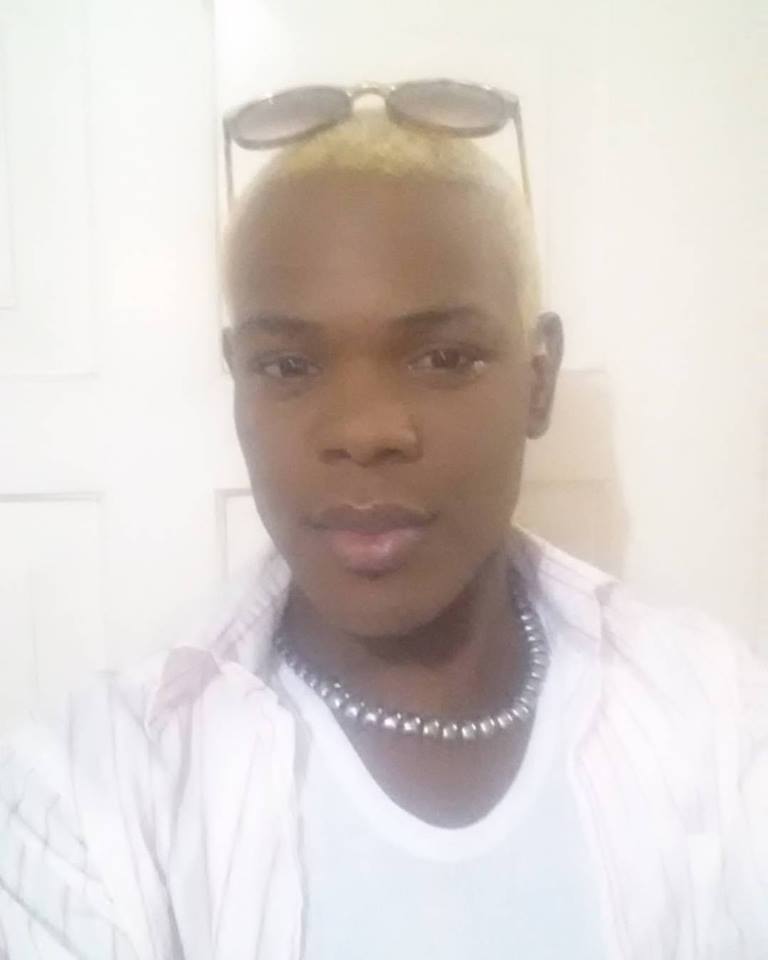 …At the tender age of 13 years, he was raped by his uncle and forced onto the streets by his family. In a bid to stay alive, Kevin turned to prostitution, selling his body to every and anybody who was willing to offer the best price. But it wasn’t too long after, he met with another sexual molestation ordeal. This time, his perpetrator left a permanent stain on his health. Likkle Kev was infected with HIV.

Now, that could have been the end of the road for Likkle Kev who is a budding actor and had made appearances in several plays. But it wasn’t!

When I sat down with him, Likkle Kev told me how his story of abuse has inspired his latest project, a theatrical production – Broken but Not Shattered.

Why did you decide to put on this play?

…From I was a child I hear people say, you got to be broken to be blessed and you know I’ve been through a whole lot in life…I decided that I wasn’t gonna let that stop me from progressing and I’ve overcome all that I’ve been through in life, you know…I first decided to do my book but it takes a little time doing the book with the editing so I decided to do the play. And what really inspired me to do the play is to get the message out there…to talk about what our society and not only our society but the world hides under the carpet; youths are being abused sexually, physically and emotionally…youths that are dying because they are HIV positive, women who are being abused by men…these are the things my play talks about…You’re broken but not shattered. I want to inspire them (victims of abuse) to GET UP!

Okay without giving away too much, what is the story-line of the play?

The story-line of the play is about a young man and a young girl. The young man, his mom is actually a married woman and her husband went abroad to deal with some business and she went out one night with a guy that she liked and never knew that this guy was a drug addict. She brought him home and he sexually abused her son, and beat him up and bullied him…and later on he (the son) found out he was HIV positive.

…The girl is an orphan. She was abandoned because her young mother decided she wasn’t ready for a child. This child got raped and ran away on the street got involved in prostitution…and also got pregnant and don’t know who the father is.

Are these true stories?

It’s reality (laughs) yea! Part of it his mine and other stories I’ve heard and things I’ve been seeing happening in our society and the world overall…

What is your major challenge putting on this production?

So how do you want people to help?

There are different ways of sponsoring…if you have a venue, you can say, ‘Kev I can give you this venue for the weekend, no charge’. For funding, you can say ‘Kev I don’t have anyone to come to the play but I’ll pay for 5 tickets.’ I need a video guy to shoot the trailer also.

In terms of casting, how did you decide who were the best persons to play the characters?

I’ve been doing acting for 3, 4 years…I’ve studied acting at Oxford Drama School in England…and I’ve learnt that you have to live the character. If you’ve never been in that position, you can’t really express… so when I was putting on the auditions I looked for persons who were abused before (Jamaican men and women). You don’t have to be raped but you were abused before…but when you’re on stage you can remember and you can get into character.

So when I did the auditions, I met Lindel Jospehs, he plays the young boy who was abused, and Caleen (Diedrick) she plays the mother…and also Hopeton (Brown), he is the father, and he went through a lot in his life. Hopeton’s mother threw him in a rubbish bin…

And Delmarine (Williams), she has been through similar to what I’ve been through as a prostitute. These people went through abuse.

Was it easy to convince victims of abuse to participate in this production?

Yes! Because it is fighting (against abuse).…one of the things I teach my people (persons infected with HIV), when I do my motivational sessions I ask them,

This play targets youths out there who are being abused, we’re going to target parents to build a bond (with their children).

Thanks for sharing Likkle Kev and I’m confident this play will help to inspire more victims, especially Jamaican boys who are being abused, to speak up… Save my ticket, front row seat!

Broken but Not Shattered premieres at the Hotel Four Seasons on October 22 starting at 6:30pm. Check the flyer for more details.

For many people, Jamaica is pictured as an island paradise – white sandy beaches,  vivacious culture,  wholesome food, and attractive people. And while that image is not far from the truth, if the lens is focused on the inspirational stories of ordinary Jamaicans, you’d find a sharper, richer and truer image of the Jamaican experience…this is Our Stories!

Our Stories is a feature which sheds light on a real, social issue in Jamaica through the inspirational stories of Jamaicans with lived experiences. Are you a Jamaican with a story to share? Contact us [email protected]