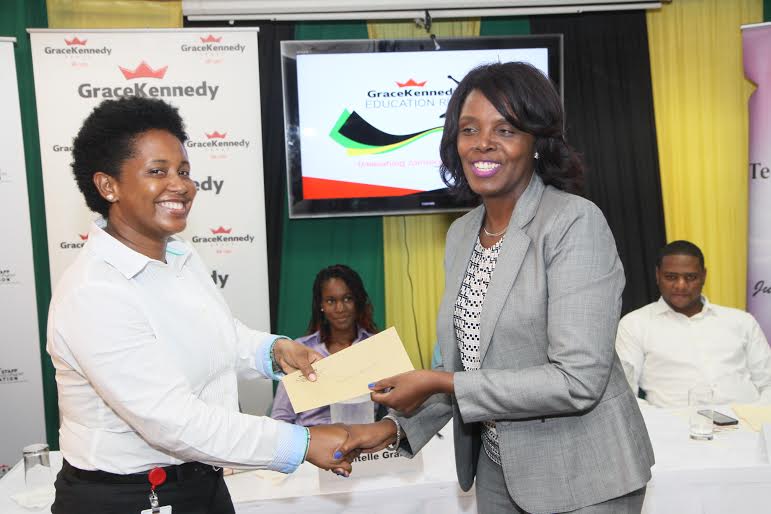 In its continued bid towards nation building, GraceKennedy launched its seventh annual Education Run on June 9 at the company’s Headquarters at 73 Harbour Street in Kingston, announcing that cycling would be a new feature of this year’s event. The GraceKennedy Education Run is the Grace and Staff Community Development Foundation’s main fundraising event. The proceeds from the event go towards education initiatives of the Foundation.

“It’s a 5k, and yes, they are small steps, but they make big impact,” said GraceKennedy Group CEO Don Wehby in his remarks. “An investment in knowledge pays the best interest,” said Mr Wehby, quoting Benjamin Franklyn. He continued, “I love that quote, because as a Business Executive, I understand that the right investments with the right returns can make a significant change to a company or country. When it comes to education, the return on investment – or ROI – cannot be measured. It is priceless.”

The Grace and Staff Foundation currently assists just under 500 children from inner city areas to access education at the secondary and tertiary levels. According to General Manager of Grace and Staff, Tanketa Chance-Wilson, “This is our labour of love at GraceKennedy, and it’s even more special because GraceKennedy staff contributions fund the Foundation, so this is ‘our baby’. The company matches our contribution two to one.” She went on to explain that the Foundation’s success is made evident by the fact that more students are doing better than ever before, so there is a strain on the Foundation’s resources. “That’s why the Run is so important to us,” she said.

Vice President of the PSOJ, Christopher Barnes, in his remarks, spoke to the first time partnership between GraceKennedy and the entity for the Education Run. He was proud to announce the new element of cycling, which is being added as part of this year’s offerings. He also reiterated the Gleaner’s commitment as a Silver Sponsor of the event since its inception seven years ago.

The two guest speakers at the event, Chantelle Grant and William Mitchell, both Grace & Staff Beneficiaries, spoke to the assistance they have received from  the Foundation throughout high school and university.  They urged persons to  register for the Grace Kennedy Education 5K Run/Walk, as this they said would help many more students to pursue their educational goals.

Persons who wish to contribute to the work of the Foundation, and who might not be able to participate in the Run, may make a financial contribution.  This can be done by way of a deposit via:

The GraceKennedy Education 5K Walk/Run takes place on Sunday, July 12 in downtown Kingston. Registration for the event is J$1,000 per person, or J$900 per person for groups over 50. There is also a discounted cost for anyone who registers at physical locations, if they carry a copy of that day’s Gleaner to the point of payment. Those who wish to take part in the cycling portion of the event will pay J$20,000 for a team of five individuals.