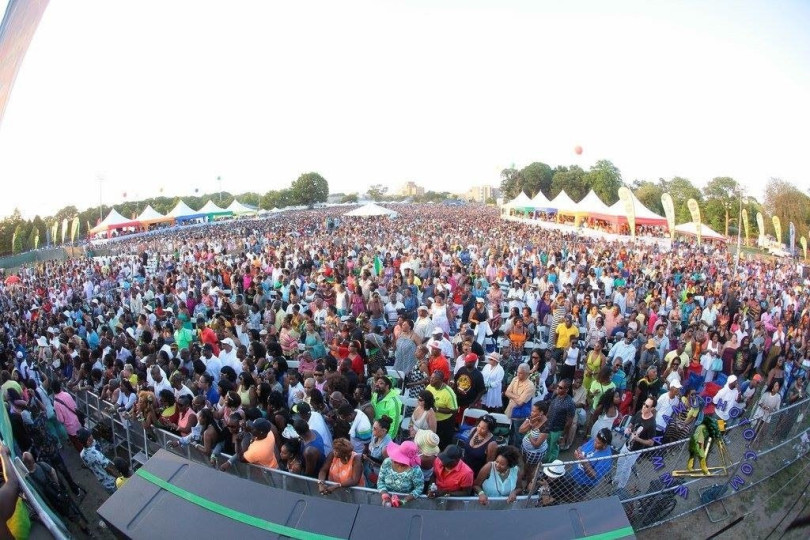 Organizers of New York City’s premier reggae and R&B summer festival, Groovin In The Park are extremely pleased with preparations for the 2015 installment which unfolds at Roy Wilkins Park on Sunday, June 28. With the success of last year’s event which pulled a record 20,000 patrons, the question is can they repeat and deliver an even biggest festival for 2015?

Thanks to meticulous planning and delivery on promise each year, Groovin’ in the Park now has a huge concert fans base who look forward to each year’s production. So far, patrons have embraced the star studded lineup with includes Grammy Award winning singer/songwriter Michael Bolton, R&B sensation Billy Ocean, Morgan Heritage, Coco Tea, Luciano, Stitchie, Capleton and Judy Mowatt.

“We got off to an early start this year and I am happy to report that we are ahead of schedule in areas that are critical to having a successful festival” said Christopher Robert, founder and CEO of Groovin Inc.

Roberts noted that “Ticket sales are brisk; we have all our vendors in place, and we are going beyond the call of duty to ensure that the grounds are prepared. We are not leaving anything to chance.”

The superbly professional technical standards that the festival has set for executing this extravaganza has re-defined expectations for all other music festivals in the region.

“We have gone to great lengths to package a powerful and memorable event. All the artistes are upbeat and are ready to deliver first class performances. Our production team is also prepared to deliver the best lighting and sound ever” he said.

The addition of Boggieman’ ‘Barry G’ Gordon, the current ruler of afternoon radio in Jamaica as MC has spiked interest from Jamaicans in the Diaspora who grew up on the island in the 70’s, 80’s ad 90’s. Many people who grew up in Jamaica during the era, still talk with glee about the intense clashes Gordon had with Kiss FM’s David Rodigan from London, England.