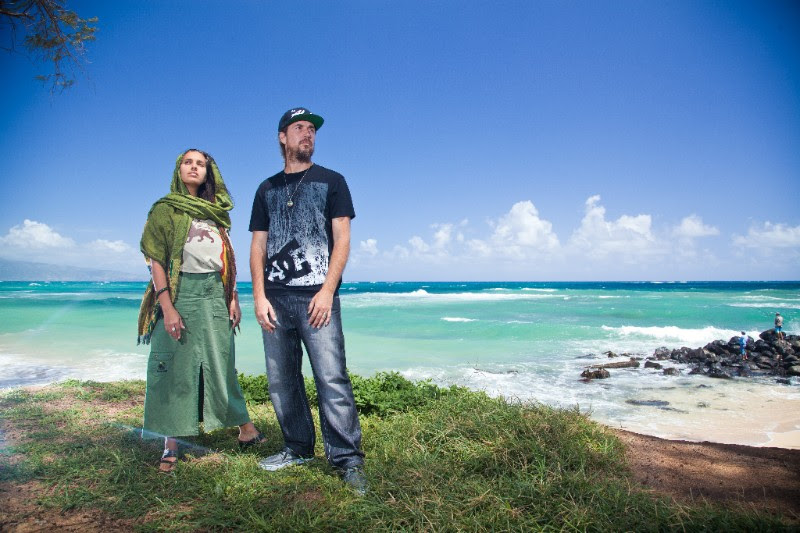 MPR Consulting – Delivering a positive message of love & unity, Hawaiian based roots & reggae band The Lambsbread are known for their conscious message. It is a family affair as band founders Kaya and Nadia are joined by two of Their children. Hawaii’s youngest professional reggae musicians, 16 year old Samuel Levi on the drums with his brother of 12 years, Jacob Selassie on the keyboards.

The conscious musical family has recently released a stirring and inspirational single titled “World Peace Before 2021” which in itself has become a project of love. With a humble optimism, the band explained why and how the song was created.

“Earlier this year we were performing at an outdoor reggae festival in Maui called “Reggae on the Beach”. After the performance we were approached by world peace activist Jill Kollist. She told us that she loved the music, the message and was amazed by the young talented keyboard player, and drummer. She explain that it had been her life work campaigning for World Peace, and wanted to set a goal of 2021 to see this dream realized. Finding out that the Lambsbread was a family band, she felt we would be perfect to record the song “World Peace Before 2021″ to help manifest this goal, and that a reggae version of the song would best transmit the message across the world. Anything to help rid the earth of destruction and violence seemed like a good idea to me, so we wholeheartedly set to the task of producing a song for the project.”

The song released Sept. 21 2016, for International World Peace Day, is available on iTunes and all major online digital stores, and can streamed on soundcloud. In supporting their vision and bringing awareness to the cause, The Lambsbread teamed up with Cooyah clothing company to produce a symbolic tee-shirt, Those traits echo and fit in with Cooyah’s clothing line mission. Cooyah Clothing Inc. is inspired by the faces, races, shapes and sizes of all humanity. The shirt features a Lion and lamb symbolizing peace on earth with the phrase “World Peace Before 2021”. $5 from each tee-shirt sold will be donated to organizations helping victims of war torn areas, and will be available at www.thelambsbreadreggae.com

A video is in production to be released in December. The visuals will feature diverse children from around the world.

“History can not be erased, and it is time for the people of the earth to learn from all the past injustices and evil that has been committed by governments and organization of power. People just want to live in safety and security wherever they are from, and international conflict between nations is more to keep the profit machine rolling than protecting freedom, or democracy. The suffering of the children needs to stop, and we are praying this video will help open peoples eyes to the goodness in all people regardless of there race, color, or creed.”