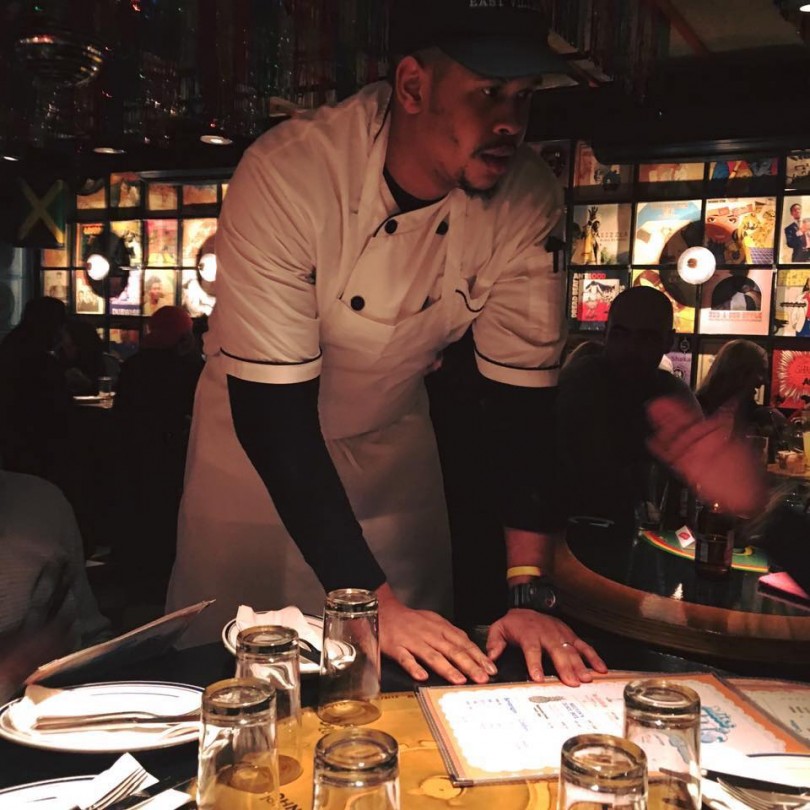 Jamaican born chef Andre Fowles will be in the line-up on the Food Network’s highly praised series “Chopped!” at 10:00 pm on Tuesday, February 23, 2016. Fowles is currently the sous-chef at Miss Lily’s, an authentic Jamaican restaurant in New York. Prior to his position at Miss Lily’s, Fowles was chef de partie under Martin Maginley, the multi-award-winning chef at the luxury Round Hill Hotel & Villas. Fowles also worked at Mac’s Chop House in Kingston under chef Mario Machado. Originally from Kingston himself, Fowles was a student at Donald Quarrie High School and received training at the Runaway Bay HEART Academy. According to Fowles, his grandmother Veronica Davis (known as Mama Cherry) is responsible for his culinary interests. He said that as a child he would watch his grandmother cook and bake and was inspired by the way she approached cooking and her attention to developing the flavors in her dishes. Tune in to see how Fowles does on the Food Network show.