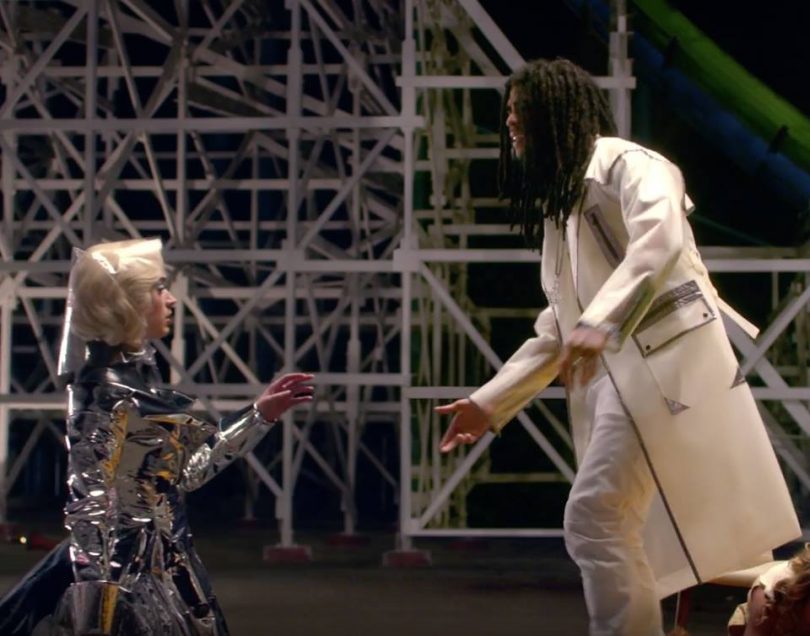 Already listed at Number 3 on iTunes Top 10 songs, Katy Perry’s “Chained to the Rhythm” featuring Skip Marley made history by debuting at Number 4 on Billboard’s Hot 100 Singles Chart. This is the first appearance on the list by a member of the legendary Marley family. At the recent Grammy Awards ceremony, Katy Perry debuted the new single, which includes metaphors referring to the “complacency” of pop music. Her performance finished with reggae singer and Bob Marley grandson Skip Marley standing in front of a display of the United States Constitution. The song also debuted at Number 3 on the Digital Song Sales chart, having 108,000 downloads in the week ending February 18, 2017, according to Nielsen Music. In the four-minute music video accompanying the song, Perry plays the role of a woman who travels through a theme park called “Oblivia” in which visitors are focused on their tablet devices while riding the “Great American Dream Drop.” Skip Marley appears in the video to enlighten anyone willing to listen. “Chained to the Rhythm” is slated to appear on Perry’s fourth album for Capitol Records. All previous lead singles released from her first three Capitol albums reached Number 1.