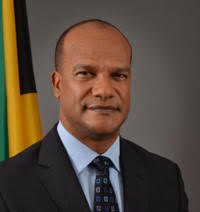 Wayne C. Golding Sr. Esq., the Jamaica Diaspora Advisory Board Member for the Southern United States formally announced the convening of the Jamaican Diaspora Summit and Gala 2016 on June 24th-26th, 2016. It will be opened on the morning of June 25th, 2016 by Member of Parliament, Mr. Peter Bunting. Mr. Bunting is the former Minister of National Security and is now currently the Opposition spokesperson on National Security. He is an investment banker by profession and most notable was a co-founder of Jamaica’s first private investment bank Dehring, Bunting and Golding. He is expected to speak to a welcoming Diaspora audience about his views on strengthening Diaspora partnership. The Summit attendees will be keenly tuned in because of Mr. Bunting’s recent declaration of his intent to actively seek the leadership of his party when and if a leadership opportunity presents itself.