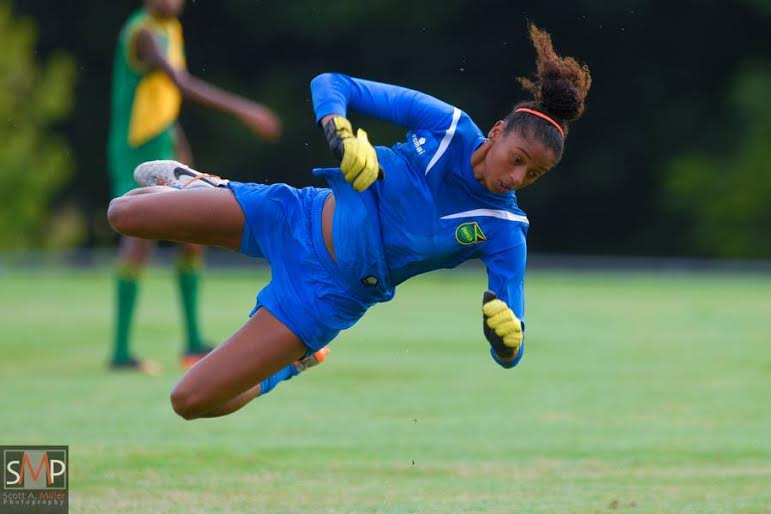 The Jamaica High School Alumni Soccer and Netball Tournament (JHSASN) has become South Florida’s premier sporting event and a main attraction for Caribbean-Americans over the Labor Day weekend.  The well-attended sports showcase is supported by local celebrities, elected officials, community leaders and tastemakers who can often be found cheering on the competitions in the colors and uniforms of their alma maters.  In addition to the customary great food, good music, exciting matches and fun-family vibes, sports enthusiasts attending this year’s event will have a chance to meet members of Jamaica’s national women’s soccer teams.

“We are pleased to include the Jamaica National Women’s Soccer Program in the upcoming Soccer and Netball Tournament,” said Lavern Deer, JHSASN President. “For the first time, all three national women’s teams are in competition, with a serious chance of making it through the upcoming World Cup and Olympic Qualifiers. At the request of Reggae Girlz’ global Ambassador Cedella Marley, we will assist the teams in raising awareness and funds to ensure the necessary coaching, housing, proper nutrition and training to keep the Reggae Girlz at the top of their game.”

“The Jamaica Women’s Football program has made great progress within the last year; but funding remains a major issue. Right now, we are actively seeking sponsorships and donations to cover the monthly training camps and the other necessities, critical for preparing these talented teams for the ConCaCaf rounds,” said Cedella Marley.  Members of all three teams will be at the soccer and netball tournament to meet and greet the community and engage young soccer players and fans in friendly drills and other activities.  Guests can show full support of the women’s teams by purchasing Reggae Girlz T-Shirts.  “With the support of the Caribbean-American community we are confident that Jamaica’s National Women’s Soccer Teams will be able to obtain the resources necessary for them to enter any competitive stage and arena,” Deer said.