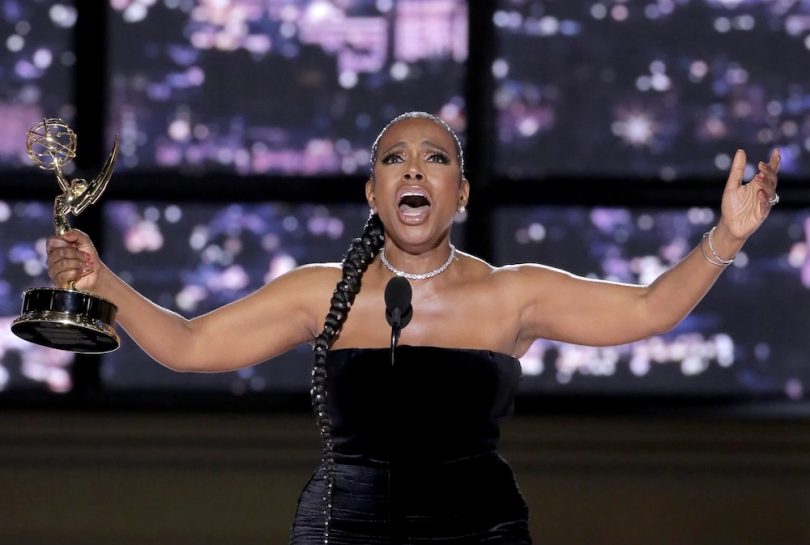 Jamaican American actor Sheryl Lee Ralph won her first Emmy for her role as teacher “Barbara Howard” on the ABC television network program “Abbott Elementary.” Her reaction and acceptance had the audience in awe.

Ralph’s career in entertainment has spanned over 50 years, but her Emmy in the category of Outstanding Supporting Actress in a Comedy Series is a first for her.

She was born in 1955 in Waterbury, Connecticut, to Stanley Ralph, a college professor, and Ivy Ralph, O.D., a Jamaican fashion designer who created the kariba suit. Ralph’s younger brother is the actor and comedian Michael Ralph. Sheryl Lee Ralph was raised in Mandeville, Jamaica, and Long Island, New York. She attended Uniondale High School in Uniondale, New York, where she starred in its production of “Oklahoma!” in the role of “Ado Annie.” In 1972, the year she graduated from high school, she was crowned Miss Black Teenage New York. She graduated from Rutgers University at the age of 19, becoming the youngest woman ever to do so. While at Rutgers, she received the Irene Ryan Acting Scholarship from the Kennedy Center American College Theater Festival, one of its youngest recipients. She had originally planned to become a doctor, but a class with cadavers changed her mind, and she gave up a medical career to pursue the performing arts.

Her acting career began on stage, and in 1982, she was nominated for the Best Actress in a Musical Tony Award for her role as “Deena Jones” in “Dreamgirls.” She released an album “In the Evening” in 1984, which reached Number 26 on the Billboard Dance Music/Club Play Singles chart. In 1988, she starred in Disney’s film “Oliver & Company.” Her first lead role in a film was in “The Mighty Quinn” when she played Denzel Washington’s wife. In 1992, she starred with Robert De Niro in “Mistress” and co-starred with Eddie Murphy in “The Distinguished Gentleman.” Other films include “Sister Act 2:Back in the Habit,” the Showtime series “Barbershop,” and produced “Divas Simply Singing,” a fundraiser for AIDS.

Ralph has been featured in many television shows, including the daytime soap “Search for Tomorrow,” “It’s a Living,” “Designing Women,” “ER,” and “Moesha.” In 2019, she starred in “Fam,” and in 2022, joined “Abbot Elementary” to portray a veteran elementary school teacher.