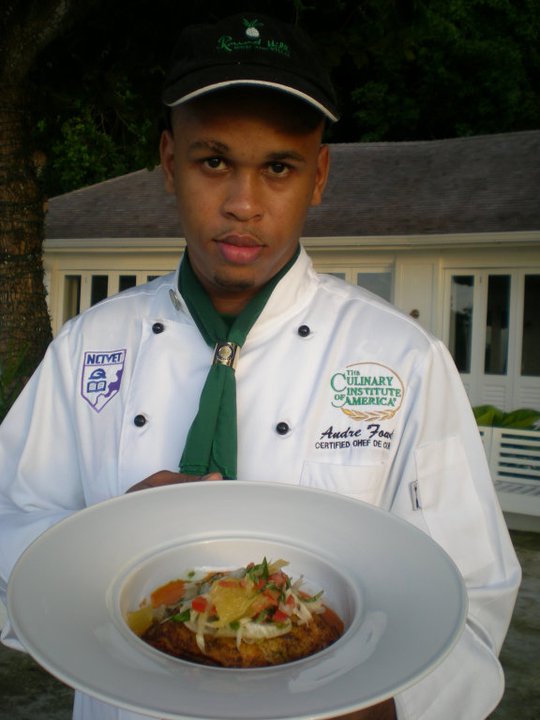 Andre Fowles (second right) with his competitors on the Food Network’s Chopped.

Jamaican-born chef Andre Fowles took the top spot on the popular television Food Network cooking series “Chopped.” Originally from Kingston, Fowles is currently the sous-chef at Miss Lily’s Jamaican restaurant in New York. Before joining Miss Lily’s staff, he worked for two years a chef de partie with Martin Maginley, the award-winning chef at Round Hill Hotel and Villas. He also worked at Mac’s Chop House in Kingston under Mario Machado. Fowles won the Chopped competition on a night that focused on Caribbean cuisine. He says that he was inspired to pursue cooking as a career by his grandmother Veronica Davis, known as “Mama Cherry.”