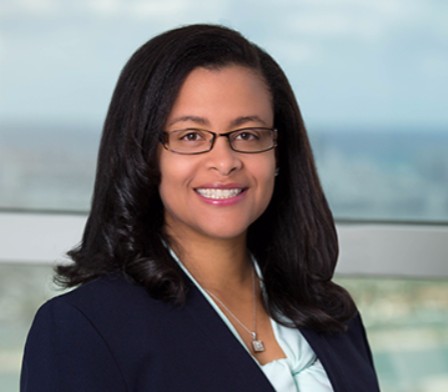 Florida Governor Rick Scott has appointed Renatha Francis, attorney in the Miami office of Shutts & Bowen LLP where she is a member of the Class Action and Mass Litigation Practice Group. To the Miami-Dade County Court. Francis, 39, will fill the spot vacated by Judge Jason E. Dimitris, who has been promoted to a position on the Eleventh Judicial Circuit Court.

Before moving to Miami from Jamaica, Francis attended St. Hugh’s High School and Bridgeport Primary. Francis received a BA from the University of the West Indies and a law degree from Florida Coastal School of Law in 2010. In law school, Francis excelled in moot court, winning several national competitions argued before federal judges and state supreme court justices. She is credited with personally raising her law school’s ranking from sixteenth to third.

Prior to joining the firm of Shutts & Bowen, Francis was a senior attorney at the First District Court of Appeal in Tallahassee. Francis served in several positions in the First District Appeals Court, including as attorney to Judge Scott Makar, staff attorney, and law clerk to Judge Peter Webster. Her work at the court included researching and analyzing complicated legal issues in various areas of the law.

In her work at Shutts & Bowen, she chiefly represented insurance providers in personal injury protection cases and specialized in interpreting and applying automobile insurance policies.