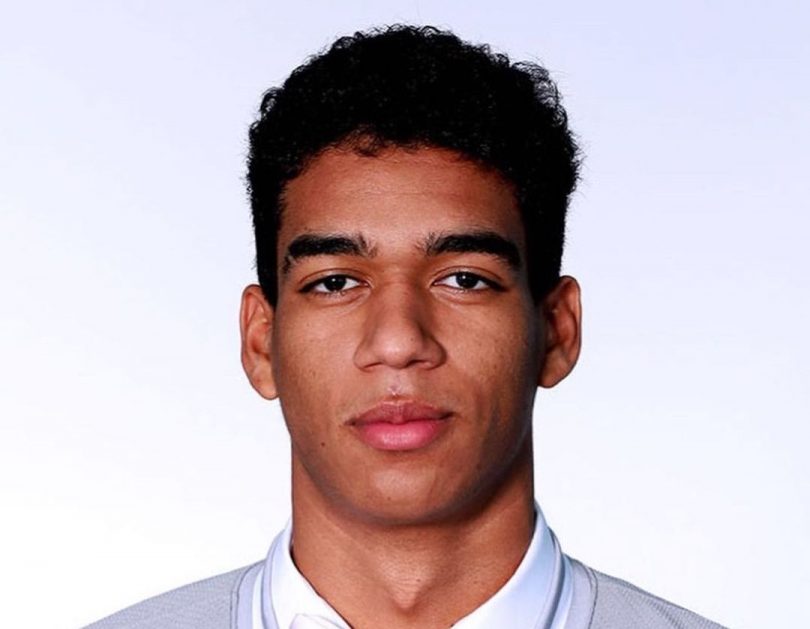 Quinton Byfield has been drafted No. 2 overall by the Los Angeles Kings, making him the highest-drafted Black player in the National Hockey League (NHL). He played the center position for the Ontario Hockey League’s Sudbury Wolves. Prior to Byfield’s pick, the highest selection for a Black player was No. 4, achieved by two players. 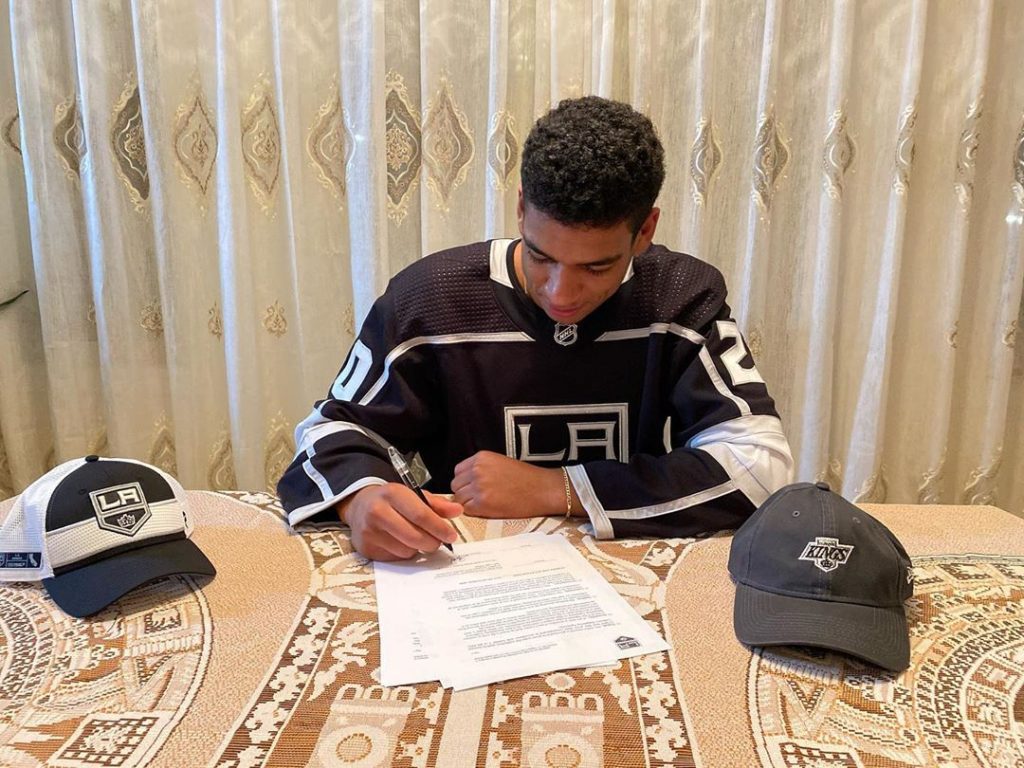 Byfield is a native of Newmarket, Ontario, Canada, and everyone in Byfield’s orbit knew he was destined to make history. His parents, Clinton Byfield and Nicole Kasper, frequently heard those words in connection with their son. Former athletes themselves, the couple was guarded in their expectations.

The new NHL pick was selected first overall by the Wolves in the 2018 OHL Draft and was a standout as a 16-year-old. He was chosen as the OHL Rookie of the Year and CHL Rookie of the year. He won a silver medal at the 2019 Hlinka Gretzky Cup and a gold medal while representing Canada at the World Junior Championships at the 2020 Czech Republic.

The elder Byfield emigrated from Jamaica where he grew up. The 6’3” athlete ran track and field and played cricket and soccer. Kasper began as a gymnast and after reaching a height of 5’9” turned her attention to basketball, field hockey and soccer.

Their son was always athletic, riding his bicycle at the age of two without training wheels. He played basketball, football, hockey, lacrosse, soccer, and volleyball. He also ran track, but hockey was the sport that he ultimately focused his attention upon.

Byfield brings speed, skill, strength, and tenacity, along with an undefinable magnetism to the ice. It’s even more impressive due to his 6’4” frame. He’s also a player with a heart that believes in giving back to the community. 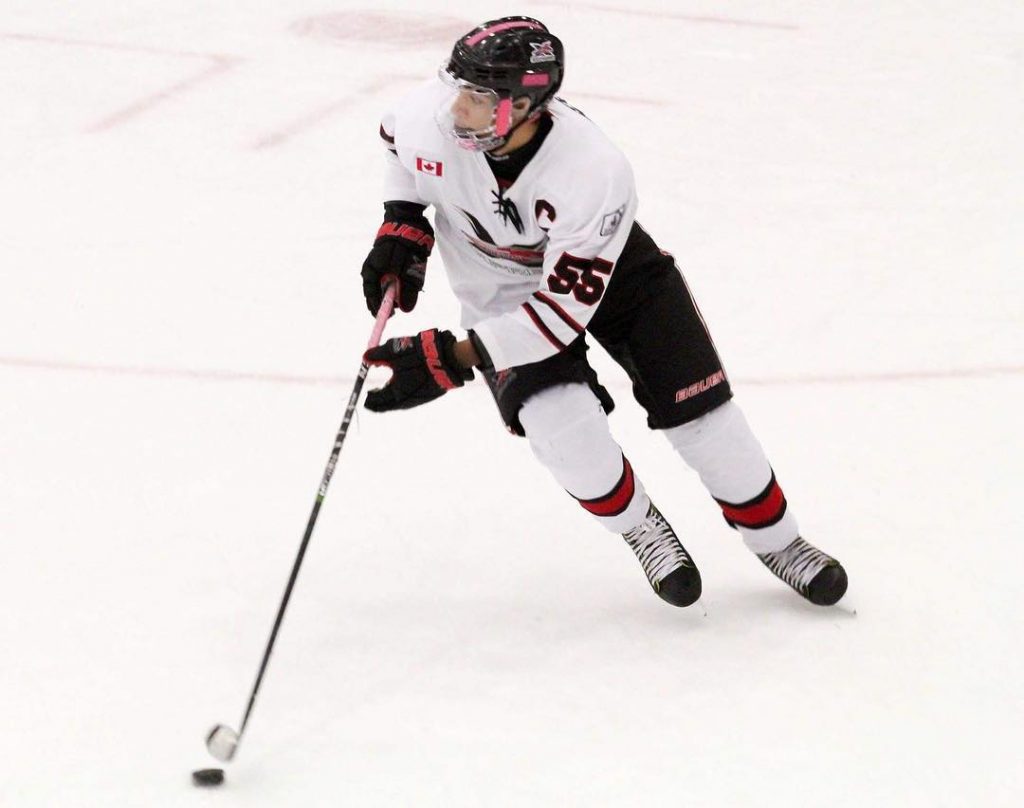 As a 17-year-old playing for the Wolves, Byfield and the team partnered with NEO Kids, an organization for specialized children’s care, to create the Q’s Kids initiative. The initiative gave parents and their children an opportunity to attend a Wolves game. Afterward, Byford met with families, signed autographs, and gave tours of the Wolves dressing room.

As part of his platform as a Los Angeles King, Byfield hopes to further the team’s goals of inclusion and diversity, an effort that he says the team is doing a really good job of doing. Byfield said, “I think it would be really nice if I got involved with that and spread the positivity and just be a positive role model.” 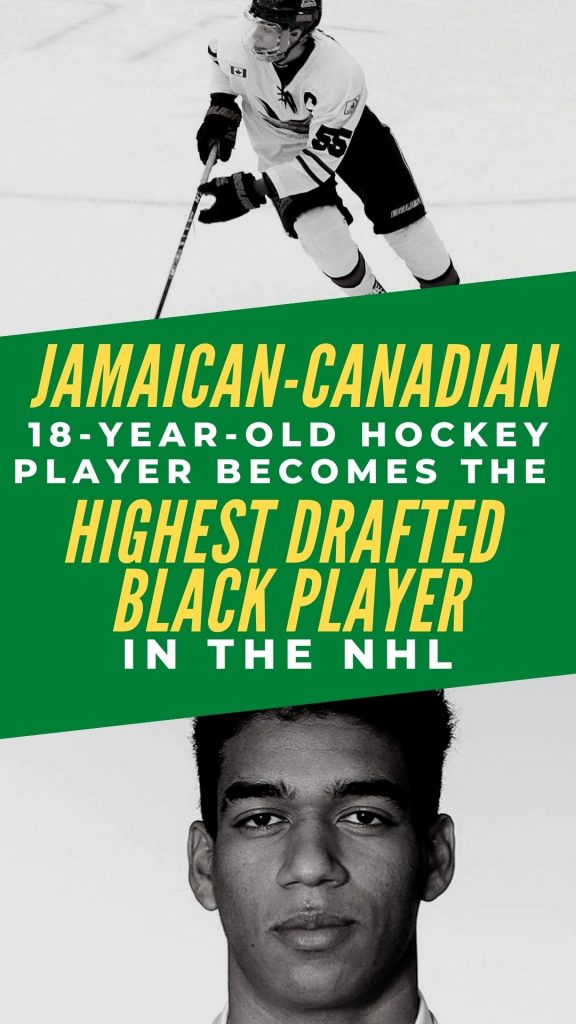