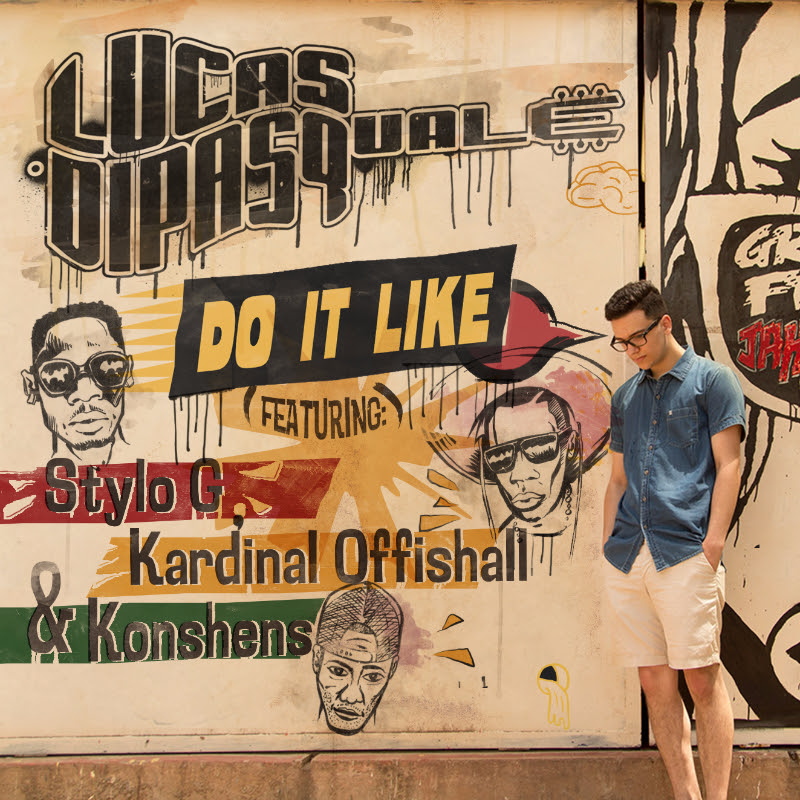 It has been a whirlwind musical journey for Teenage Canadian singer Lucas DiPasquale since his remarkable acoustic mash-up of hits (Road Affi Tek On, Ravin and Only Man She Want) by Dancehall artist Popcaan became a viral sensation.

With an honest love and respect for the birthplace of reggae,“I love Jamaica, the people, the food, the culture and of course the music.” – Lucas, the young artist gained genuine support from some of the biggest name in the dancehall fraternity, and recognition from worldwide media.

In 2015 Lucas traveled to Jamaica and recorded music for his upcoming debut EP with Stephen McGregor, Officially released June 2nd, 2015 the lead single “Do It Like” produced by Mojam & Stephen “Di Genius” McGregor in London, UK and featuring Stylo G, Kardinal Offishall and Konshens is already deemed THE summer anthem.  “Backed up by the gruff spraying of Kardinal Offishall, and Konshens and Stylo G’s more melodic flow, “Do It Like” is an unrepentant banger that absolutely, categorically will blow the figurative roof off any sun-soaked summer party.” – Complex UK

While in Jamaica, Lucas filmed the “Do It Like” video. Directed by Jay Will it was shot in downtown Kingston, Jamaica and features Stylo G, Kardinal Offishall, Konshens, with cameos by Chi Ching Ching, Agent Sasco aka Assassin and Sean Paul. The anticipated video is slated to premiere in the upcoming weeks, but fans can check out the 2 part series of “Do It Like” Behind The Scenes footage June 9th, 2015 at www.ReggaeVille.com